Lists of all Diablo 2 Unique Items by Type 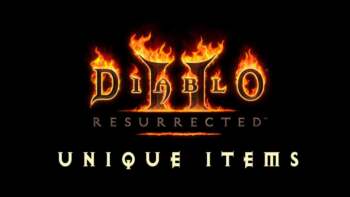 Diablo 2 uniques get modifiers not found on other items, since the stats for every unique item were custom created by Blizzard North. there is some randomness to them; properties often occur in some range, such as 100-120% enhanced damage, but every unique is instantly recognizable by its stats, and appearance.

Uniques can have more and different modifiers than Magical and Rare items. there are no rules to the mods that can be on a unique, unlike with magical and rare items. Uniques can have much higher damage or defense, and add lots of special modifiers, more hit points, +%hit points or mana, +magic find, and other cool things no magical or rare item can ever do.

Not all Uniques in Diablo 2 are useful, but some are the best items of their type. the Uniques added in the Expansion are all quite high quality, and nearly all of them are desirable.

Before Runewords were so vastly improved in v1.10 and v1.11, Uniques, and a few individual Set Items, made up the most powerful equipment in the game. Not all uniques are wonderful, or useful in the end game, but even the less powerful ones are special, and often useful for a particular character, or type of playstyle. Uniques make very helpful “twinks,” since they are almost always far better than any magical or rare item of comparable level.

In addition to tde normal bonuses to damage, resistances or stats, many uniques have special properties that can’t be found on any other items in the game. Some of these are, Crushing Blow, Deadly Strike, Open Wounds, Hit Causes Blindness, Hit Freezes Target, +to Fire Skills, +% to total mana, Hit Slows Target, Freeze duration, and more.

All of these properties get an asterisk * after them in each item description and are explained in more detail below the item tables. For info on all other modifiers, see them listed on our Special Modifiers page, where you can find more info on most of these special ones as well.

Uniques and Rares were often confused in the early days of Diablo II. By now any experienced player has no such difficulty, but newcomers might still need a refresher.

Rares actually look more like the Uniques from Diablo. their name is in yellow, and they have a stack of modifiers, and unusual names. However, they are random, both in name and modifiers, and much more common than Uniques. Each character gets a rare item when they have Charsi imbue something as their reward for completing the Horadric Malus quest, plus Rares are dropped by monsters and chests far more often than Uniques.

Diablo 2 uniques are much as they were in Diablo. One point of confusion is that their names are written in a dark gray/gold. But they have names and attributes that are the same every time, as they were in Diablo, and are dropped very infrequently. there is some variability in their stats allowed of the base item, as with all base items in Diablo 2. Armor varies slightly in Defense rating, and weapons can in durability.

But as you can see in the picture above, either of these items could be a Unique or a Rare, based on their stats. the difference is that the Skewer of Krintiz will always be what is here, the stats unchanging.

While the Rare item, the Eagle Gnash, is totally random. the name, the stats, the item type, etc. there is a huge database of first and last names for Rares, all of them able to appear on some item types and not on others. And the same goes for the modifiers. All the listed modifiers on Rares are known prefixes or suffixes, but they are listed by their effect, rather than name. the 1-8 lightning damage here is “of shock”, for example, and +66 to attack rating is within the range of benefits the “Silver” prefix grants.

Crafted items add to the confusion for new players in the Expansion. In a nutshell, Crafted Items are made in the Horadric Cube, using another item, and usually some runes, a jewel, and perhaps a gem. there are hundreds of different recipes, all of which make items with some pre-set mods that are always the same (much like uniques) but also will generate with 1-4 random mods, like Rares. Crafted Items have orange names and they are basically half unique/half Rare, with mods possible that you can never get on Rares otherwise. Some of these are extremely useful, so you should look over the recipes.

It is possible to gamble Set and Unique items. The odds are roughly 1/1000 for Set items and 1/2000 for Unique items. 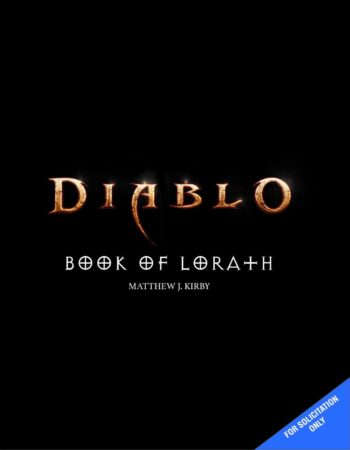