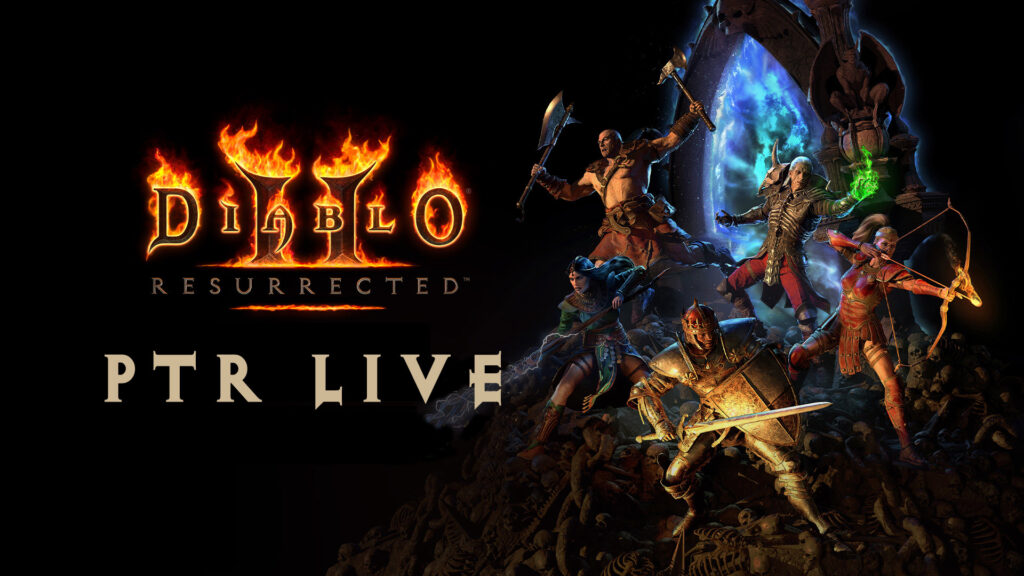 If you want to join the Diablo 2 Resurrected PTR test then here’s how you can get involved.

The Public Test Realm (PTR) is a special realm where we can test balance, bug fixes, and other enhancements we make in Diablo II: Resurrected. This test environment is available to all owners of the game, who can play a critical role in testing features and sharing their feedback to improve the overall experience for all players.

To acquire access to the PTR, open your Battle.net launcher application and select the Diablo II: Resurrected tab. Above the “Play” button and under the “Game Version” text, select the dropdown menu and click “Public Test Realm.” Now you’ll be able to download and install the test version of the game. Once finished, simply select “Play” to launch the PTR. As normal updates are automatically downloaded by the Battle.net launcher application, so too is the PTR.

The focus of the first PTR will revolve around fixing database issues 297 and making the online environment more robust and flexible under high-volume conditions. This test will be imperative, as it will assist us in stabilizing the gameplay experience ahead of the implementation of Ladder rank play.

A new Diablo II: Resurrected patch is in development and now available for testing. To share your feedback or report any issues, please post in the PTR Feedback 340 and PTR Bug Report 74 sections.

Please note that the below patch notes only include changes currently available for testing on the PTR. While many of these changes may also be available on Xbox, PlayStation, and Nintendo Switch in a future patch, the PTR is PC-only and only reflects changes coming specifically to that platform.

There are also some follow-up notes:

Just an update on this PTR. We have seen the comments about how gear may not match exact builds. The team is basing these off of just gear from some setups that aren’t specific to this meta and more from a QA environment. As this PTR isn’t fully focused in on testing any balance, we aren’t going to make widespread changes to the existing gear right now, but you can expect all the needed gear to be available in the 2.4 PTR which will arrive soon and after this instance of PTR so we can ensure we get proper feedback on the balance changes.

As for specs, we are going to roll out an update which will have a mule character available with tokens that will allow you to respec your characters on PTR. That character will be rolled out this afternoon and the tokens can be passed along in the shared stash.

The above character changes have been implemented.

To access some of the changes to characters we have adjusted, please delete the Bowazon character and the MartialArts character from your character list. Log out and log back in. You will be given a new Bowazon named “IthIsTheNewIst” with some fixes to the items and a new character named “Tokens” which will provide you tokens for respecs.

Are there any notes for what they actually changed?