Hello, and welcome my friend! Stay awhile, and listen!

I see that you have joined us or will be joining us, and have either purchased Diablo 2 Resurrected, picked up an old copy, or grabbed your parents’ disc and wandered over here.  You probably just made the best gaming decision in your whole life.

This guide is going to cover a few areas:  What Diablo 2 is and isn’t, and how Diablo 2 is different from other ARPGs (action role-playing games), such as Diablo 3 (D3) or Path of Exile (POE).  The game doesn’t have as many quality of life features as other games, as of this writing (will be updated as needed).  With D2 Resurrected, some are being implemented.

What Diablo 2 is and isn’t

So, what is D2?  It is an ARPG, with the main focus on making characters that you level up. You will allocate both stat and skill points at each level.  Most importantly, you will find and equip gear to defeat the prime evils throughout five acts on three difficulty levels that become increasingly more difficult and more challenging. This will require better gear and time investment if you intend to do all three difficulty levels. Fret not, my friend, underpowered characters can perform exceptionally well in D2 with time and patience, compared to other games in this genre.  This is accomplished by being very tactical in your approach.

Diablo 2 is a click to move, and you only have two abilities active at a time, left and right-click, respectively, with up to 16 hotkeys for skills, and 4 for accessing your belt, which holds potions (up to 16).

Diablo 2 is not a game that focuses on getting to max or near max level endgame, and grinding out gear to enable endgame play.  So, I don’t re-run areas rinse and repeat? Many players do. How you play will depend on various factors that consist of a general question: what are you doing, and what are your goals for whatever character you are playing?

So I don’t re-run areas rinse and repeat? Many players do. How you play will depend on various factors that consist of a general question: what are you doing and what are your goals for whatever character you are playing? Some examples:

I would say most players I’ve met in D2 will enjoy the journey of defeating Hell difficulty with a character. There are many Pat/Mat and Guardian threads here that you can find to test your newly fashioned mettle against the vile demons, undead, and beasts you find in D2.

Okay, so how does this differ from D3? There is trading if you are playing on Battle.net or even Single Player in D2 compared to D3 in that only drops in a game with other players are tradable for only two hours with those players present during the drop.

Builds in Diablo 2 are set around a variety of items, or even specific rulesets, if a player is doing a tournament (more on this later), but neither revolves around the massive +damage% increase in Diablo 3, as your damage numbers are going to be in the thousands, not billions.  Your life is going to be 1200-1800 for a non-buffed character on average

Diablo 2 provides titles as you defeat each difficulty, adding a sense of accomplishment once you have gone through all three difficulty levels in their entirety, allowing you to “retire” characters so to speak. Diablo 3 has a continual power creep as you move up with unlimited paragon cap and a greater rift max of 150.

Overall think of Diablo 3 as a gear score game (endgame in any modern MMO for example).  Meet that and you’re able to go higher. In Diablo 2 your levels determine your chance to hit/get hit on melee/ranged attacks (Spell-based always hit).  Due to the amount of diversity, your gear can be subpar and you can complete the game with patience and effort.

Resistances are easier to understand. For example, 25% fire resist is what it says (normally capped at 75%), versus in D3 where it’s a secondary mod will say +90 Fire resist.

Finally, the differences in loot:

Diablo 2 and Path of Exile

Great, so the above is a good knowledge base to begin.  There aren’t many different currencies to trade, which is good, but runes will be the go-to currency on Battle.net if you’re not playing single player/solo self-found.

Finding a base item with sockets to make great items is very similar in both D2 and POE.

Loot is similar to Diablo 3 with best in slot often being a unique item, but the real difference is in the skills and stats.

I quoted this from MMORPG’s forum and it really hit home on how a player never playing the game sees the game. Weareweare said:

“Looking forward to this – recently made a new character myself on D2 LoD. After working my way up to around lvl 90 I’m curious how this might be achieved in D2 Resurrected without the help of bots, especially as much of my gear was found during Baal bot runs in normal and nightmare for instance. I will say that the most fun I had was working up to act 5 by myself – it seems like bots made the leap from nightmare to hell possible within a day after act runs, but then I was stuck with content I couldn’t complete.”

The above doesn’t explore the deeper game mechanics.  Hopefully, after you’ve finished this guide, and read a few of the other guides you’ll be on your way and armed with more knowledge than than the players that only have played on battle.net.

Starting out, regardless of choice of playing single-player or on Battle.net I would definitely play the game without rushing (playing as a duo or small team can be great fun!) to learn the monsters, and how to play your character with your chosen skills and equipment. 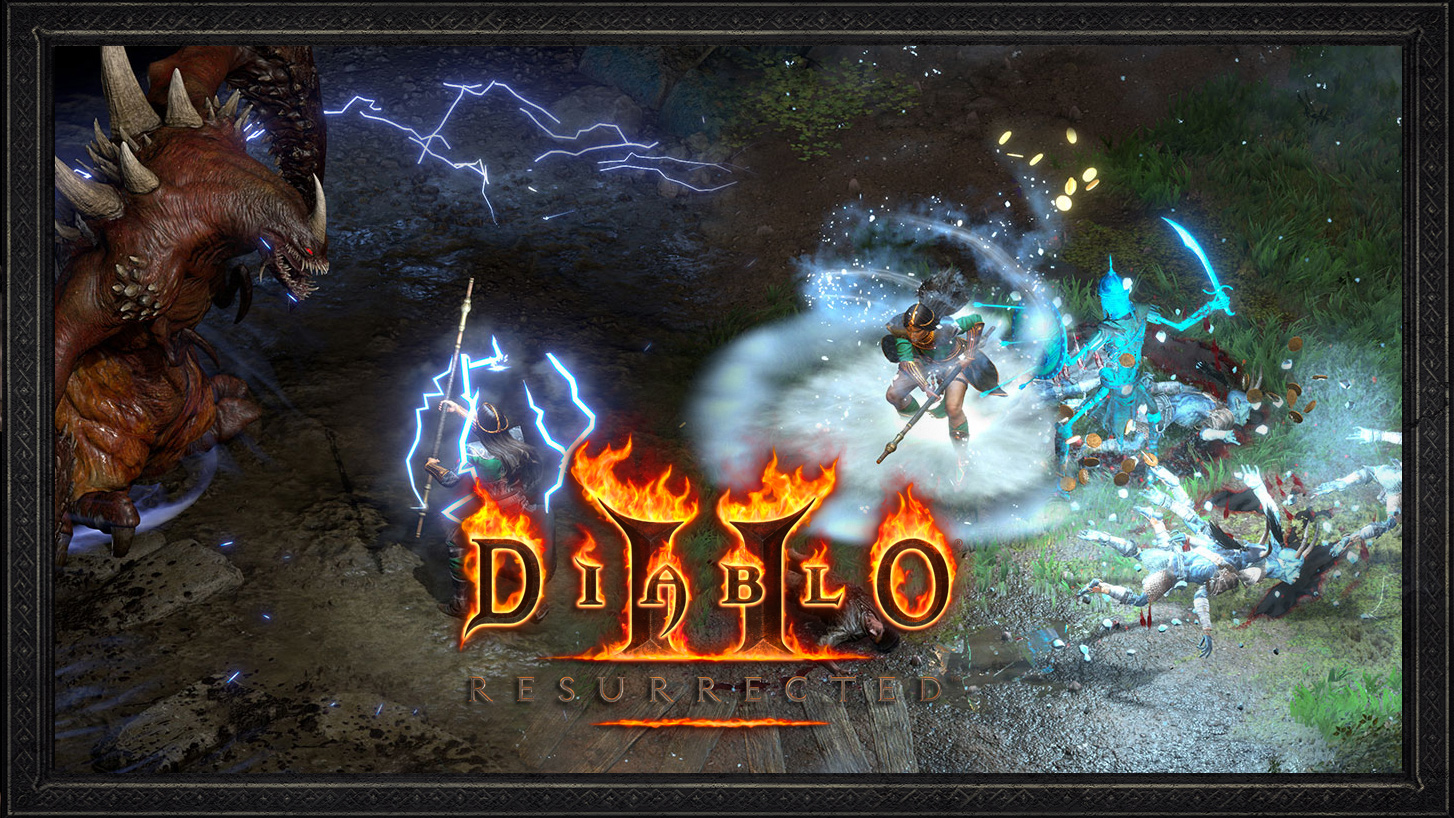 How is Diablo 2 different from other APRGs such as Diablo 2 and POE. We explain the main differences.