BlizzCon rumours are always doing the rounds in the lead-up to the event. Over the years we’ve been pretty hot on trying to predict what’s coming up for the Diablo franchise, including the reveal of Diablo 3 at WWI back in 2008.

This year’s rumours focus on the much-talked-about Diablo 2 remaster, Diablo 2: Resurrected. This is a rumour that’s been circulating now for around a year if not longer, but there has always been some doubt as to whether it was possible.

Diablo 2 is still considered the ultimate Diablo game in the franchise which is why fans have been clamouring for an updated version. There is only so much you can do to improve the visuals on today’s PC but the gameplay is still outstanding.

However, excitement at the prospect of a remaster waned when we spoke to the original Diablo 2 creator David Brevik back in 2017. He thought it wouldn’t be possible. According to Brevik, many of the original assets has been lost, and moving to 3D would fundamentally change the game.

More recently the news of Vicarious Visions being merged into the Blizzard fold following their work on bringing games such as Destiny 2 to PC. This merge also saw Jen Oneal, the then Vicarious Visions studio head, being made executive vice president of development for Blizzard.

Team 1 who had apparently been working on the Diablo 2 remaster had also worked on the Warcraft 3 remaster which did not live up to expectations. It’s no surprise that they were pulled off the project and the merged Vicarious Visions team would take it on.

Blizzard is not known for shying away from challenges, sometimes they work out, sometimes they don’t. Games such as StarCraft Ghost and Warcraft Adventures looked promising but didn’t make the final cut. Blizzard is more than aware that Diablo players would be happy to shell out for an updated version of Diablo 2 but they would have to get it right. If they did get it right, there’s a whole lot of cash to be made. If they get it wrong, well, there will be a lot of disappointed gamers as there was for the Warcraft 3 remaster. 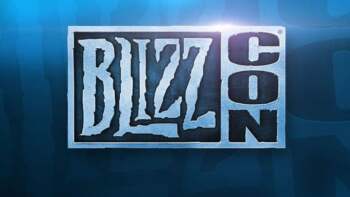 It’s only the Tuesday before BlizzCon and there’s a supposed leak from an individual that has managed to reveal BlizzCon announcements pretty accurately over the past few years. On that list is Diablo 2: Resurrected.

We know that the new class listing is correct, Blizzard has already said that the campfire scene would be changing at this BlizzCon which means at least one new character reveal.

Speaking of which, our next update will take place during BlizzConline, rather than in blog form. We’ve read speculation about what it could be and want to ensure you that it is something chunky indeed. Without spoiling the surprise, Iet’s just say it involves a new version of the campfire scene we showed you last BlizzCon

New Diablo 4 Class is a Rogue
More Character customisation with skin, tattoos, makeup, hair color.
Class quests in the open world with specialisations tied to factions.
Item drops will look different depending on which zone dropped in. For example sword in the desert will be a scimitar but a broadsword up north.
Special PvP currency that can be used for cosmetics. Collected “unpurified” from monsters but when “purified” can be stolen when you’re PvP attacked.

This year there’s a decent amount of Diablo panels. But what can we expect?

If the above “leak” list is correct, a five into a new area would be most welcome for Diablo 4. It’s not something that’s been covered much in the past year’s development updates and seeing new environments in Sanctuary is always exciting.

The voice of Deckard Cain could be part of this first day because of a Diablo 2: Resurrected announcement. Let’s face it, his death in Diablo 3 was more than a bit rubbish.

The Deep Dive will likely look at more of the Diablo 4 game systems expanding on what we’ve seen over the past year. Items will not doubt show up again with skill trees. Both of these have been chopped and changed over the past year.

There’s also the Q&A which will hopefully avoid any mention of mobile phones this year. Let’s hope, assuming that Diablo 2: Resurrected, that there will be questions taken for both games.

We now only have a few more days to wait but let’s just say that it’s starting to look like that Diablo 2 remaster could be finally coming to your PC. When? We have no idea but it’s likely to appear before Diablo 4 which we know is not being released this year.

Releasing a Diablo 2 remaster could really help reboot the Diablo franchise following Diablo 3 which received a mixed reception from old-school Diablo players. It would bring back old-school players to the franchise, and although there is still a healthy Diablo 2 community as our forums attest to, there will be lurkers out there desperate to get their clicky finger going once again.