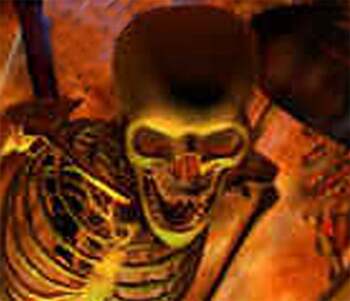 As most of you who have been following the Diablo franchise since 1996 know, I have been involved in the Diablo community since opening my own site back in 1997 which eventually became Diabloii.Net. Not that long after Diablo 3 was released most of the original staff moved on to new projects or new lines of work. Flux moved on to the world of wine (making it, not drinking it. Well a bit), Rush(ster) was around for a lot longer keeping the site going and then moved into digital media sales and marketing. Holyknight kept the news page ticking over and continued to create themes to brighten up your desktops with his long-running Diablo wallpaper series.  The ever patient forum moderators stayed and diligently managed the forums. Dacar, Dredd, Krischan, Zanth, Thyiad, Mad Mantis, Noodle and Maxicek, every last one of them real troopers.

After running the site for so long I needed a real break from the world of videogames so  I embarked on a totally new career and also took up hobbies I never had the free time to pursue before such as learning to play the drums and archery – pew pew. With no ties to the old site any longer and the announcement of Diablo IV at last year’s BlizzCon, I began to feel the urge to tinker with a new site. A new project from the ground up, only not so all-consuming this time and with a healthy hobby / life balance.

The Diablo franchise has always had a special place in my gaming life so it’s little wonder that when the itch to run another Fansite inevitably returned I would find myself drawn back into Sanctuary.  I wanted to create another independent Fansite, driven simply by a passion for the game and a thirst for content and perspective rather than driven by clicks and page loads to keep advertisers happy and hosts promptly paid (not that I shall welch on my bills).  I hope that together with Rush and Holyknight and others who will hopefully join us along the way we will be able to create a Fansite chock-full of information and with a welcoming community.

So, with that mind, why not check out the brand new forums and snap up your forum name and add a post or leave a comment below here to introduce yourself. Let us know if you’re new to Diablo or one of the old timers and what you’re most looking for to in Diablo 4, or just say ‘Hi’.