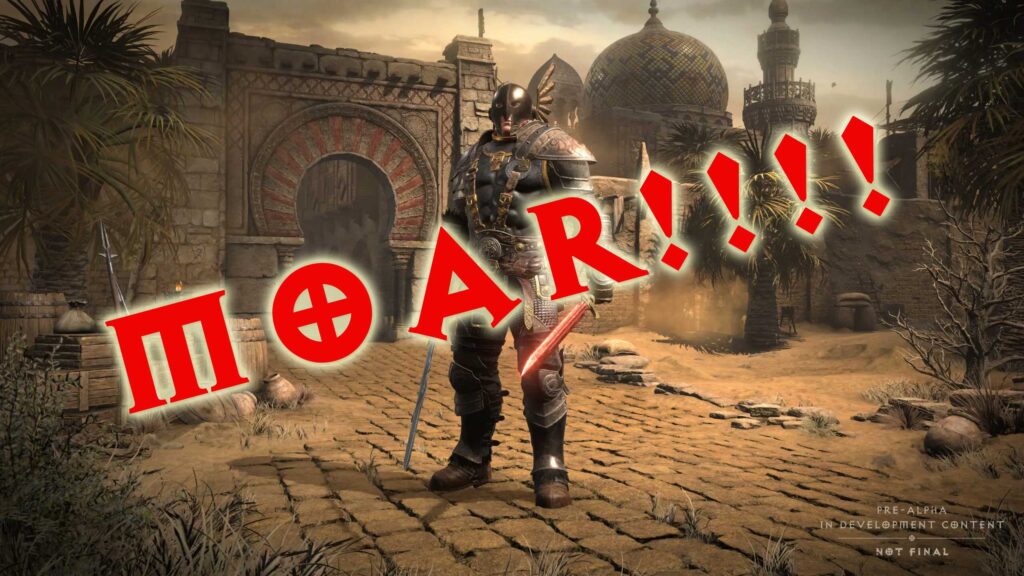 Now that the dust has settled since the announcement of Diablo 2: Resurrected, the Diablo fanbase has turned its attention to Diablo 2’s future.

First of all, let’s get one thing straight, Blizzard has not promised anything other than a visual remaster and some simple quality of life improvements to Diablo 2. Auto-gold pick-up, interface tweaks, shared stash, well you know the list by now.

Despite that, the community has been taking the feature discussion further and asking what Blizzard should do next with Diablo 2. What should they do to the game once it’s launched later this year? Many of the suggestions are features we have seen added to the game via mods, and with that in mind, should it not be up to the community to make those changes again? Let’s not forget, Blizzard has confirmed modding will be possible in D2R.

The real question is, does Blizzard have a desire to sink more development time into a game that’s more than 20 years old? The answer is probably not. Why? Well, there’s another game coming down the pipe called Diablo 4. This is where Blizzard will want to focus the community’s attention as development continues moving into 2022. Blizzard knows how good Diablo 2 is, but there’s always a desire to move on and hopefully recreate the Diablo 2 magic in Diablo 4.

What we have to remember is Blizzard is not developing a new game and there’s a real danger that if they treated it as such, what we all enjoy about Diablo 2 could be lost with tweaks that fundamentally change it. The recent Diablo 2 Resurrected survey that did the rounds on Diablo social channels indicated that fans really want to see more changes to the game than the developers have outlined. Every player will have different views on some of the suggestions so let’s take a quick look at a few of the results in that survey.

These are some of the responses from the survey and the problem is that players in general, with a few exceptions, want MOAR!!! of most things. This is to be expected because it’s been a very long time since there were any meaningful changes to Diablo 2.

Our own Diablo 2 Resurrected survey which has been running for a few weeks also shows that players generally want more stuff to build on the last 1.14 update.

Keeping it the game you “want to play”

As you can see, there’s a desire to push for additional Diablo 2 Resurrected updates. It’s tempting to do it but I think it’s worth digging back into some Diablo 2 history, specifically the following quote from Blizzard North’s Max Schaefer which originally appeared in 2001.

Diablo II and the expansion are the games that we at Blizzard want to play. That is our formula for success. Companies that design games based on focus groups, marketing opinions, and even fan input do not succeed. Although hearing the opinions of others are valuable to us, every design decision must pass the test of whether or not WE would want it in the game.

Max raises some important points in this single quote. First of all community feedback. Now we know that Blizzard North did talk to the community directly. Max often dropped into our IRC channel at the time to shoot the breeze and probe for nuggets of feedback. We also went hands-on with Diablo 2 prior to just about anyone else at the time. The team was looking for direct feedback, different devs kept coming into the game room they had set up for us throughout our two-day visit asking questions about our experiences with the game. They absolutely were looking for feedback.

That said, anything we did suggest would have no doubt been given some real scrutiny and possibly even tried out by the team or disregarded if it was a rubbish suggestion.

That takes us to Max’s next point, “whether or not WE would want it in the game”. Unfortunately now, there is no “WE”. Blizzard North is long gone and we now have a completely different team remastering Diablo 2. Their ideas for the game would quite likely be very different from the original teams’ because gaming has moved on and advanced in the past 20 years.

Herein lies the danger, and I think the team working on Diablo 2 Resurrected knows it based on what they have said about their remaster. They simply cannot mess with the game too much without there being a chance of actually breaking it. As soon as you start touching one part of the game, there’s a high chance something else will be impacted. Changes to items, skills, and even how much inventory space you have could have an impact. You could open a whole can of worms.

Remastering a game is a real challenge as Blizzard and Blizzard fans found out with Warcraft III Reforged. On the other hand, there are solid examples of remasters such as C&C Remastered which was a brilliant remake of the RTS classic. That said, even some of the changes made by EA put some players off as I found out when my regular playing partner refused to play it because of a few interface changes.

To be fair, even those small interface changes did make a difference to how you played the game and I could see his point. It just didn’t quite feel the same without adjusting how you usually played a game.

Leave it to the Community

Skills, inventory, new content, etc are all things that have been discussed by the community since Diablo 2 Resurrected was announced. In my opinion, the team should stick with the simple quality of life and visual improvement changes. They have no idea how well it’s going to sell (probably a bucket-load) so going beyond that early on would be premature. They simply must not break the core of what makes Diablo 2 the classic it is.

Modding and sites such as this one are what’s kept the Diablo franchise alive during the times of zero development, and those were long periods. If significant changes are wanted by the community I think it would be best to leave that to the modders and let players decide which version of the game they want to play. It’s about making Diablo 2 Resurrected flexible enough with regard to mods and giving players the choice. Keep the remaster true to its core and build from there with community-driven mods.