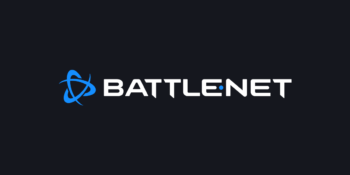 Blizzard has updated Battle.Net and now all your Battle.Net friends are on the same list no matter which region they are in. No need to switch regions which should make life a lot easier.

We’ve always envisioned Battle.net as a place for players to connect, collaborate, and play their favorite games. Now, we’re realizing that dream on a truly global level.

“When Battle.net first came out, the purpose was to deliver a connected, multiplayer experience for a single title,” says Arron Goolsbey, VP of Platform Engineering for Battle.net. “Fast-forward 10 to 15 years, and Battle.net had evolved into a service that spanned all Blizzard games but was still constructed with the primary notion that players would mostly play with others within their region. The internet has come a long way in the last 10 years, enabling global and cross-platform experiences with high levels of quality. So now, Battle.net is evolving once again.”

Starting today, friends lists from different territories will be merged into one*, so you’ll no longer need to switch regions in Battle.net to talk to your buddies on the other side of the planet. “As Global Battle.net rolls out, players around the world will be able to come together all across the larger Blizzard ecosystem without any hurdles for the first time ever,” says Diana Hubbard, Platform Design Manager. In doing so, they will be able to effortlessly expand their friendships, groups, and communities—paving the way for forging new bonds over our present and future epic gaming experiences. This is just the first step, and it will only get better from here.” To accent this new era of global gaming and social connectivity on Battle.net, we’ve also updated our logo.

“We realized some time ago that our players would be better served by a global Battle.net that did away with the concept of regions,” says Jeff Allison, Lead Product Manager for Battle.net. “But breaking down these barriers was a significant engineering task. Now that we’ve done it, we look forward to a future where all Battle.net players can communicate and game together no matter where they are.”

Battle.net’s global updates also include cross-platform functionality. This has given our game developers the ability to let you play with others between PC and console seamlessly. Overwatch players will be the first to experience these new cross-play capabilities; for more information, check out this blog.

“You will be able to make friends anywhere as games published on Battle.net begin to utilize this evolved experience,” says Goolsbey. “We look forward to a future where billions of players worldwide can make friends and play together, regardless of where they are and what device they play on.”

These backend updates to Battle.net will also enable developers to build even more globally connected experiences for our players in the future, so stay tuned!