So that could be by upgrading runes already in an item or crafting unset runes in a device with reagents or multiples of the same rune combining to ‘upgrade’ the rune.

Blizzard also appears to be using the same names and some of the visual representations of the rune symbols as seen in Diablo 2. It’s unclear if all the 33 different runes from Diablo 2 will be the same in Diablo 4. However, some have been identifies as shown in the list below. 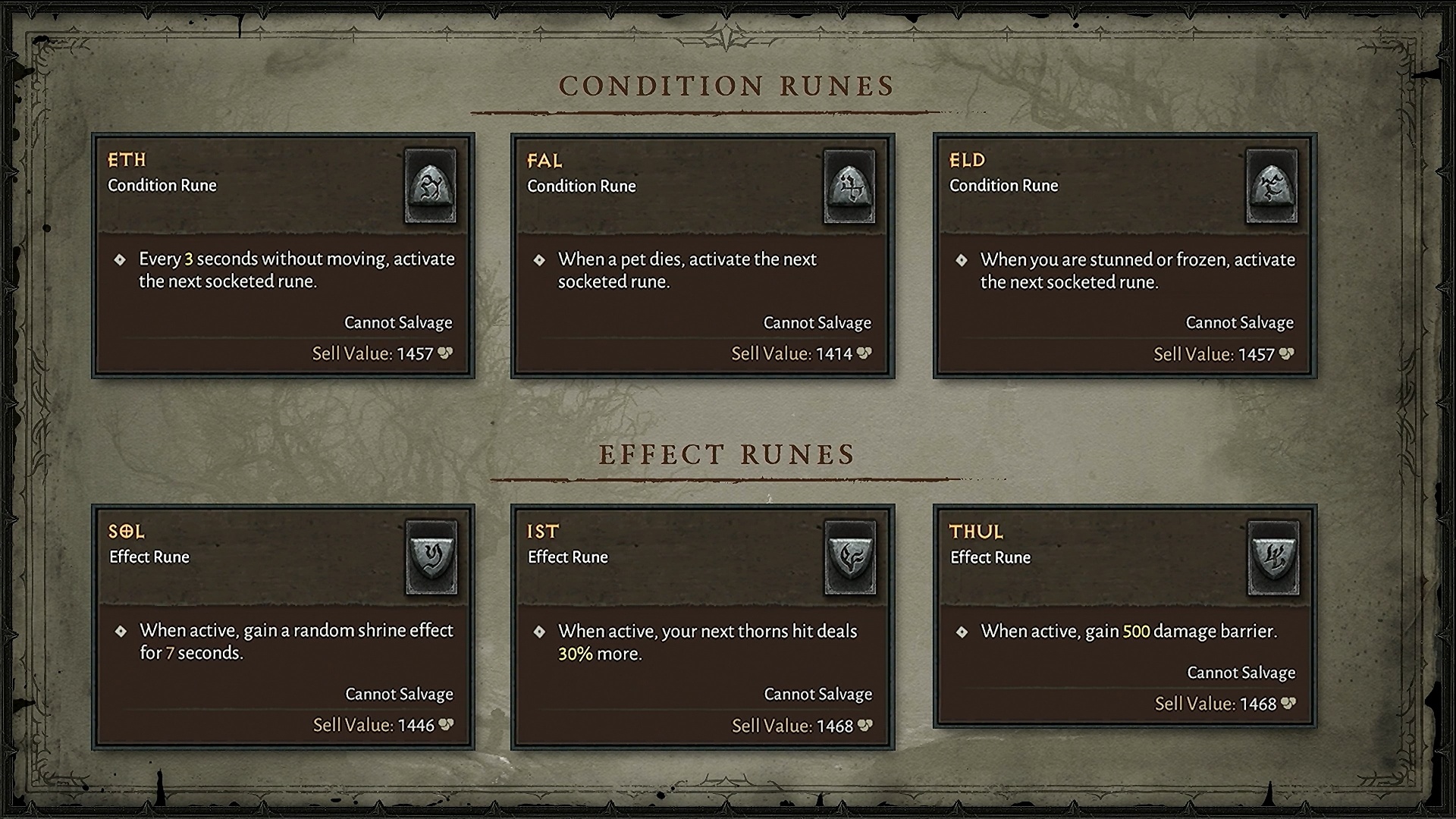 An updated list of all the Diablo 4 known runes and runewords.