Was feeling the need for a bit more runefinding lately in an attempt to make some progress on my runeword grail. With how much I've been enjoying my 1kmw project for making magic finding progress while keeping things fresh, I thought I should do something similar for runefinding. And somehow it's been so long since I've run LK that it sounds kinda fun to me . So I came up with the idea for The Runefinding Tour.

What is it?
10 hours each of:
Optional additional "destinations" (extend your tour if desired).
Participation
I am planning on running each of these 10 hour "destinations" very slowly and in-between other projects. This is not a competition and there is no timeline. I will knock out this tour over however long it takes and post the results as I finish the 10 hours of each area. If anybody else thinks it sounds fun and wants to participate, please do, and post about it here! Otherwise, hopefully I'll mine some valuable rocks, and summarize it below! Seems like a fun way to work on my runeword grail, and may be fun to "complete the tour" a few times and see what I find .
Last edited: Jul 27, 2020
Reactions: teddeeboy, D2DC, art_vandelay and 9 others

This sounds like fun with my HC characters. 10 hrs in LK will hopefully get at least one Ohm for CtA, maybe more for my assassin to move toward Enigma. But it will be very slow as I hope to progress the last two 99ers after some other projects took precedence
Reactions: Luhkoh

Sounds great. I honestly bet I'll get done about 1 of these destinations per month, since I'll be mixing them in heavily with other projects and other video games. Should be fun though!

EDIT: I think I'm going to change the "tour" to just the first four destinations, and add no's 5 and 6 as "optional". I was beginning to think they don't really fit the pattern of an extremely rune-centric run like the other 4, and four destinations seems much more approachable than six, so hopefully some others will join in . Started the LK runs over the weekend!
Last edited: Jul 27, 2020

I like it. These 10 hour sets work better for me compared to 20. I get bored easily. Doing some Pits with Venomancer Lars and maybe mix some Cows and Travi in there aswell.
Reactions: Luhkoh

Hit the 5-hour mark for LK set with my HC sorc, but I'll hold off on results until the set is finished. I hope to finish it up in the next two weeks, with an eye toward likely entering her in the MFO Pindle+ category.
Reactions: Luhkoh

Count me in! Sounds fun... although I will have to level up some chars before starting and honestly idk when I'll have time ti do that XD
Reactions: Luhkoh

Sounds great you two! I'm about halfway through the LK set myself, but not sure if I'll finish it before MFO.

Did 6 hours of P7 Pit farming with Lars (Venomancer) and a total of 4 hours of P1-P3 Chaos and Hephasto runs with Harvester (bowazon).

Rune-wise a rather underwhelming result:

I checked if I had a chest map on RoF and realized I had an interesting Hephasto map. Here's heat map:

There's 5-6 boss pack spawns and for a bowazon who relies on running the tiny map works well. Obviously not the most effiecient way of farming with run times of 1 minutes 30 seconds and done mostly on P1 because on P3 the physical immune bosses take too long and they do spawn pretty often. It was fun for 1,5 hours though.
Reactions: Jpy, d2lover, art_vandelay and 3 others
F

Think I will join this until MFO at least – I don't want to burn out before MFO but on the other hand want to stay engaged with D2, otherwise I'll just disappear again.

I'll do 10 hours of LK . Hoping mostly for a couple of charm upgrades tbh, but I could use a few Ist-Lo runes, too. Don't like switching items around between characters too much and the last batch of CtAs I rolled all got 1-3 BO, also still looking for a second 390+ Grief...
Reactions: PhineasB and Luhkoh

Map
I had what I think is the best LK map possible a while back, but long since rerolled it. Fortunately it seems like it's pretty easy to get a very good LK map, and indeed I got this one within a few minutes. 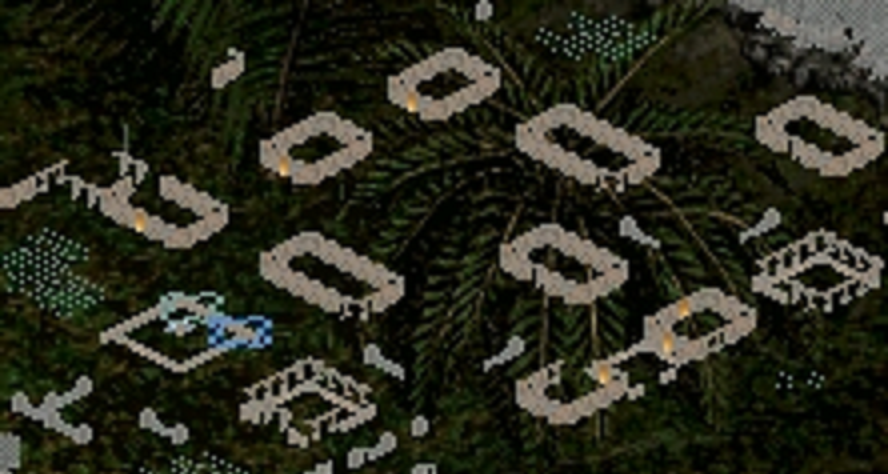 Runtimes were so much better than last time I ran LK. I think the primary difference was only picking up flawless amethysts in the gem department, and just being rich enough finally that I wasn't overly concerned about missing things. I was just lookiing for the orange flash and moving on unless I happened to see a sc/gc/flawless amethyst. Those I would also turn around for if I saw them as I was tele'ing away. Jewels I picked up when I saw them and when it was convenient to pick, but I didn't turn around for them or care that much. Was fun that the 10 hours came out to an even 1700 runs. I decided to just use the "Tot Time" as the set end, rather than (number of runs * avg runtime). The latter is more accurate and what I would do in a tourney, but since this is meant to be chill and its nice to see that even 10 hour mark, I went with that.

200 fcr sorc is the only choice to run LK in sc in my opinion. The quality of life from fast teleport and telekinesis is just too good. And I find she lives just fine with >1k life when shes lvl 87ish or higher. Seem to be able to tele out of most packs and rarely dies despite me not using BO (I think its a waste of time in sc LK) as well as just piling on random spare gear. 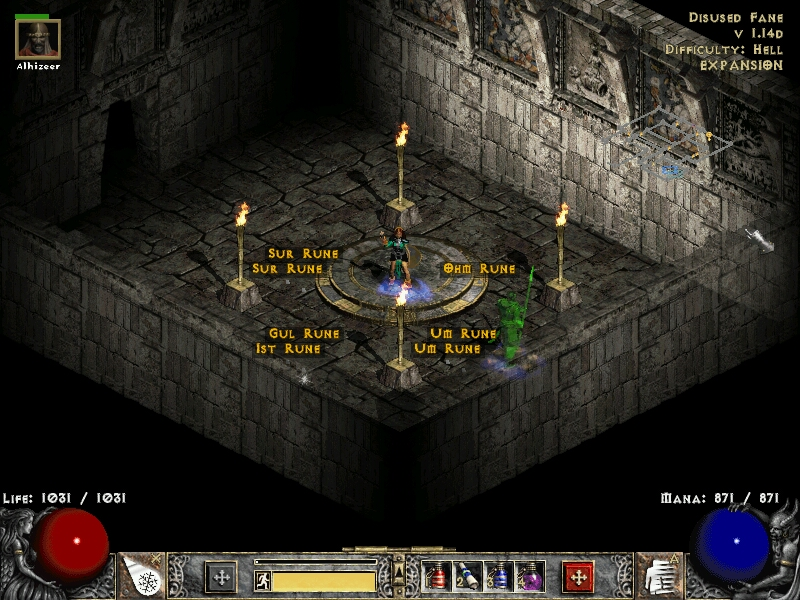 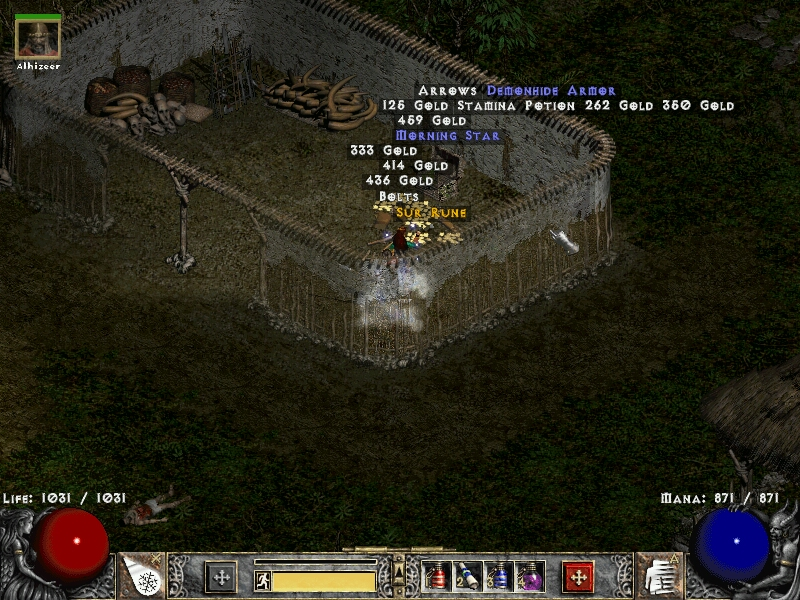 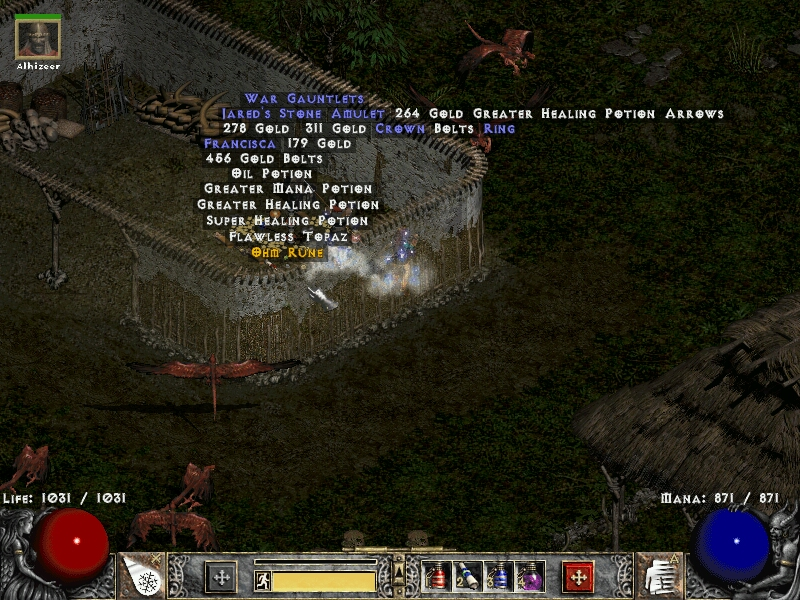 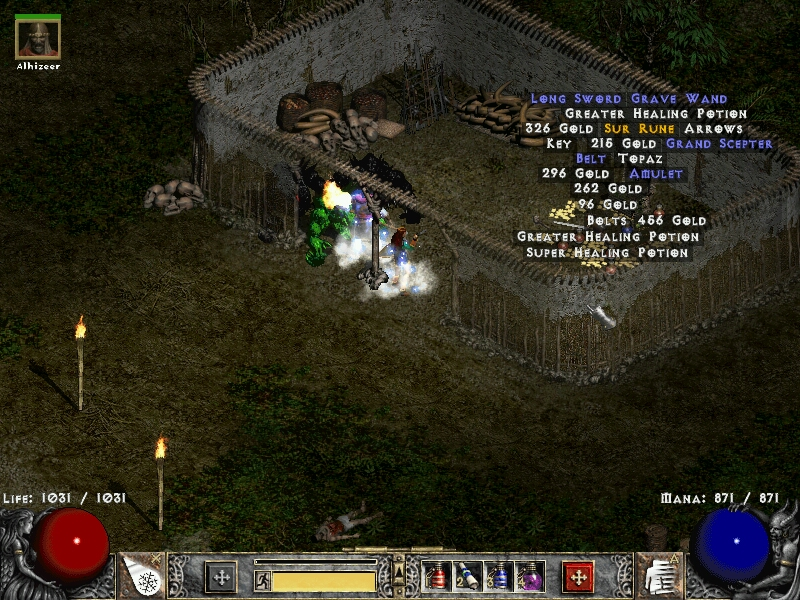 And here are the hours at which I found them

Code:
So 10 pul+ and 3 vex+. A bit below average on both, but I think the 2 surs make this set more than lucky enough. I was actually hoping for 2 surs this set, since I started it with 3 bers in my stashes and zero surs, and need some surs for the runeword grail. Weird situation. The ist is always welcome too, as I always seem to be short on ists and mals.

Sample Runs
Got a nice 18.3s runtime avg over these 20 sample runs

What's Next?
Next up will be 10 hours of cow level with my javazon. Should be fun there finally having griffons for the first time . No chance I'll finish it before mfo though so will probably be a month or more. Good luck everyone! And welcome @ffs.
Last edited: Aug 24, 2020
Reactions: Jpy, Nano, Albatross and 7 others

Nice @Luhkoh I also finished my 10-hour set, with really good results in HC, but for some reason imgur won't let me upload .jpg files all of a sudden. I don't have focus to sort out now, so I'll hold off on posting until this weekend (and hopefully having figured out the issue).
Reactions: Luhkoh

@PhineasB sounds weird on imgur! Hopefully it's just a thing that sorts itself out. But sounds great, and I'm looking forward to seeing your set. No rush on the post .

DISCLAIMER: I'll be honest... I'm not going to edit my posts as beautifully as Luhkoh does. It looks amazing, but I don't want to go through all the work XD

Luhkoh was just telling me the other day how he wanted, most of all, to find an elemental Druid skiller. So I found three

EDIT: idk if this is interesting but I picked up every magic and rare: ring, amulet, jewel and circlet; as well as every SC, GC, rune and flawless gem I saw.

After a decent night's sleep, it took me about 3 minutes to figure out the Imgur issue For years, I've labelled my screenshots using the # to reflect if multiple version of an item fell in the same area (e.g., LK Sur #2). It's never been an issue, but apparently Imgur no longer allows file upload with that symbol in the file name. So "LK Sur 2" works fine, and I guess that saves key strokes going forward

Anyhow, after that preamble, here's a summary of 10-hour set with my HC Sorc:

- I have a great map (it's actually her questing map), three teleports to the first corpse, with good visibility into the hut to the north (for boss packs) then to the 2-chest hut, 3 teleports due west from that 2-chest hut to the 1-chest hut around second camp fire, down to the corpse, over to 2-chest hut, and 3 teleports back to the WP. Bosses hardly ever spawned in the second 1-chest hut, so the blind teleport wasn't too risky, and it was easier to go straight to the chest then to corpse because the third teleport due west generally landed right on the chest.

- I picked all runes that dropped for the first 5 hours (312) to get a ballpark of number of runs (I've found 2.25 runs/rune found is pretty accurate for superchests plus 2-3 poppables). That would extrapolate to ~1400 runs over the 10 hours, probably more because the runs would be faster over the last 5 hours due to no longer picking every rune.

- I felt like I was being cautious due to HC, so was pleased with the times (I skipped huts ocassionally due to nasty looking boss rolls and also bailed on runs a handful of times after landing in a bad spot). There was one really close call, within the first two hours, with panicked S&E but otherwise nothing too dicey.

- I am even more pleased with the drops! There were 17 Pul+

The nice non-qualifiers were a Ruby (10) SC of Balance , which is very nice to match with Spirit shield for 60 FHR breakpoint, and this rare ring, which is very handy for a caster without Insight:

With the runes found prior to this LK set, she now has a nice rune stash to build on for the next phase of her journey (which will eventually involve CS runs). Next on deck for me in this tour is AS with my HC trapper!

And she will have the benefit of the CtA (still two Ohms left to roll in other bases, so no worries on the roll):

Edit: Forgot an important detail: she also picked up a second cold skiller and a second trap skiller for Eleos.
Last edited: Aug 22, 2020
Reactions: Jpy, Luhkoh, Albatross and 4 others

I want a second Sur

Added some sample LK runs into my Destination 1 post. Meant to include those and had forgotten. I don't want to spoil anything, but my cows set is starting... rather well .
Reactions: Kinkara