When life gives you a Diablo 2 reference...

You are using an out of date browser. It may not display this or other websites correctly.
You should upgrade or use an alternative browser.
J

I started a new job earlier this year as a graphic designer (bit a grandiose title considering what I do, but that's what they call me). I was looking through font typefaces the other day and came across one called Exocet. I immediately thought: I know this one!

Kind of a neat thing. Have y'all had any D2 references pop up in your day-to-day recently? Or not so recently?
Reactions: d2lover, Grisu, ioupain and 3 others

A Cham drop announcement: some days before RFL, I followed a business car on which was written CHAM, the society name.

In the following RFL, my HC run of Travincal gave me two Cham. So...I think this can be considered!

Here is the vid of RFL results disclosure I made with the pic of that car, I'll try to find the pic only later.
Reactions: Grisu, ioupain, Luhkoh and 1 other person

Every day going to and from work, I pass by this business:

I'm always vaguely amused that many of the liscense plates in my area are 'SUR ###', since I name my SS in that format... driving down the highway and "oh, another one..."

Would be nice if I could cube up all the traffic...
Reactions: PhineasB, Grisu, ioupain and 1 other person
J

There are manhole covers with COH written on them, and for years I would think "Chains of Honor" first and then self correct to City of Houston after.
Reactions: PhineasB, Grisu, ioupain and 1 other person

I've been driving every day to Cham for work a few years ago... Sadly, it only impacted D2 once and the result was my doom (BA) xD

At work, we use voice recorders after appointments to take notes. Files are stored as ds2, and I always read and type d2s... So when I searched for a way to open those files, I was suddenly browsing diablo sites...
Reactions: Swamigoon, ioupain and Babyhell
M

When looking for a small fence to divide the living room and lessen the wild charges of two fallen ones, sometimes known as kids, my wifes comment upon finding a promising one was that it was just like a bone prison, which it indeed was as you could build it in a circular shape if so inclined.

Also, this might be a suitable occasion to mention what some of the runes happen to mean in Swedish:

Funny, prayer never seems to net me a Ber no matter how hard I try!
Reactions: Babyhell and Jamie
J

As mentioned above, I often notice the license plates that end up spelling a rune. Impossible not to notice it as a D2 junky, lol. When I was younger, just starting to drive, I remember thinking that hitting roadkill or shooting a nuisance animal and thinking about what loot may have dropped. I know that was a popular saying, so I don't remember if I actually took the thought seriously for a split second or was just thinking of the common joke that people would "stop and look for loot after hitting an animal." I think it was more of feeding off the joke and slightly wishing that D2 would translate to the real world.

But I was super plugged into D2 during some of my Jr. High/High School years and it was easy to have it dominate a lot of my thoughts throughout the day. In classes I would have my notebook and draw out all of the item slots of a character and draw in the picture and stats of the item that I dreamed to have as my perfect character. I would sit in class and pile through items in my head, trying to find things like the maximum amount of Magic Find possible or the best possible PvP character that could be built if I had every item available to me. It's safe to say it didn't help my GPA a ton, but looking back I was doing math and other school related tools while I was doing this that far outweighed the actual schoolwork I was supposed to be doing..lol.. So it wasn't hurting my actual brain.... I don't think. Just my work ethic dedicated towards my homework or schoolwork. But if you skate by on tests you can balance out that GPA, LOL.

@Vildecor You need to keep testing the practice and figure out which rune God prefers . But I would be trying to figure out what perfect stat ethereal rare weapons and armors with replenish durability and 2 sockets that are his favorite to gift through prayer
Last edited: Dec 12, 2020
Reactions: Vildecor and Babyhell

Driving to work I always pass this sign and I always think about it.
Not only it mentions the Sur but it also asks for the Price!

@JoeBruce I am a Graphics Designer! 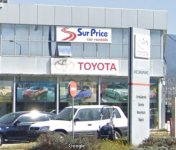 when i'm on the highway i always find something! I'm from Sweden, so i've found: ZOD 666... perfect!