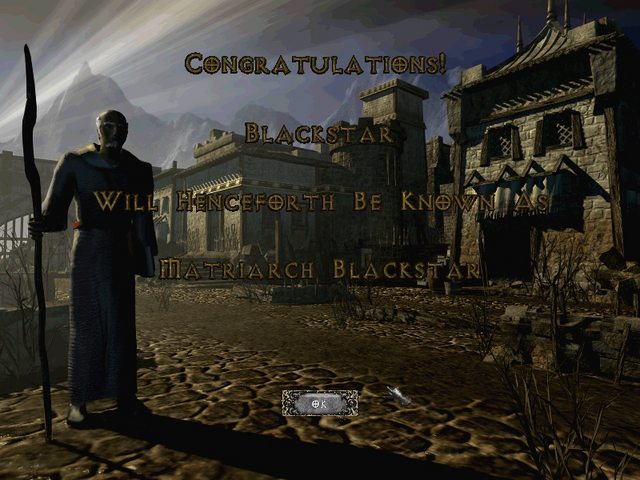 Definitely, 2020 will be the Amazon year on my side...So after the craft of those runewords, it is now time to start this new project, and complete this year with yet another Amazon Baal killing, after LightningRiderS (Matriarch, LF/CS) and Frida (Guardian, Random LF/CS too).

She is a SC twinked bowie, started with Arctic set and a poison bow.

Build milestones/Leveling strategy
Normal has been ran through using Fire/Exploding/Immolation arrows and Raven Claw then Kuko Shakaku/Razortail as soon as possible.

1 point to be put in each of Critical strike/Penetrate/Pierce, other in Fire Arrow only for the first levels before lvl 12, then Exploding Arrow until Immolation Arrow. Arrows to be maxed in reverse order ;-)

Then Nightmare had been started with the Kuko Shakaku and Immolation Arrow, and after Mephisto respec'ed to Strafe and Wrath Matriarchal bow!

Tool: Damage calculator. + max damage are mandatory for this build to be somehow viable!

Normal chapter p7[TODO add pics]
Day 1: Hit lvl 13, Outer cloister waypoint, Cain not rescued yet!
Day 2: Hit lvl 25, Canyon of the Magi waypoint. Lots of mana pots used, some points in energy too...
Day 3: Hit lvl 29.5, at Pandemonium Fortress. Insight merc is a bliss! Mephisto fight on p7 was kinda hard without merc alive :-/ Here Raven claw helped tremendously while lacking mana - should give a try with a 1.09 one, it must be OP.
Day 4: Kuko Shakaku, Razortail, and Insight. I mean... rolling on things, still on p7. Normal mode complete, with Anya rescued, Nihlathak killed, lvl 44. Will push leveling a bit here before Nightmare, as Baal map is quite nice. And at least, merc doesn't die during Baal runs...
Day 5: Baal running, nothing noteworthy but lvl 53 hit. May jump to Nightmare instead of keeping the push on next session.
Day 6: Baal running until lvl 56.
Last edited: Sep 20, 2020

Nightmare chapter p7[TODO add pics]
Day 6: Really easy Act 1, in Act 2 some skellies had enough fire resistance to be noticeable, but Immolation Arrow is still heavy damage dealer. Quick as possible Andy, lots of running around for Duriel. Ended session at lvl 58.5. Can't wait to hit lvl 63, even if it will mean the end of Immolation Arrow/Kuko Shakaku combo (ab)use.
Day 7: Hit Durance lvl 2 waypoint, clvl 62, a Lem find in a random Durance chest. Mephisto NM will be the last boss to be burnt before the Wrath to be unleashed, and therefore LoH will be equipped at the beginning of Act 4 which is a perfect timing!
Day 8: Champion at clvl 72! After gear swap and respec to Strafe/Valk, things were quite easy, still on p7. Only time consuming are super bosses/Diablo/Baal, but for anything else... well now it will be the time to deliver Anya, and afterwards see how this build performs in Hell. For now, kept Insight with a Might merc.

Hell chapter p7[TODO add pics]
Day 9: Well... Act 1 and Act 2 are still easily manageable even on p7, given the all negative resistances status she has... now exploring the Arcane Sanctuary, clvl 80.5. Switched to Faith Act 1 merc in the middle of Act 1, and well for now except for some mana burn situations, i'd say both are somehow replaceable damage-wise (Insight Might merc vs Act 1 Faith, speed makes some difference)... maybe the difference will be more noticeable during the next acts... we will see!
Day 10: Hit clvl 83, at LK waypoint. Things are pretty smooth still, but shocking hits do a lot of damage at minus resistances - i'll have to be careful on that point, even if it's a SC journey. Next sessions will be all about the real deals - Council, Mephisto, Act 4. I feel like Act 5 will be easier, but Baal kill is still the main goal ;-)
Day 11: Council and Mephisto have been killed. One tough fight in the room right before Mephisto, with the Council member and i bet at least two packs of vampires... Act 3 completed shy to clvl 84 (perfect for leveling in Act 4), which had been grabbed right outside the Pandemonium Fortress by killing 4 mobs. The Valkyrie is almost maxed in HP, 17 hard points in Decoy if i got it right - she is really invaluable!
Day 12: Lightning death! Well Gloams packs can sweep Blackstar's life off in the blink of an eye, hadn't the time to realize what was happening. So progress was slower overall, and ended at RoF waypoint, forge not yet completed - it must be in the branch at the beginning, but I hadn't the time to complete it. Still not 85, but still on p7, without the Gloams the game is still safe. I may swap in some lightning res scs at the cost of some damage or MF by replacing the Gheeds, or stick with it and accept possible deaths here or there - even with Faith merc, a Strafe volley takes some time, and even if Valk is unkillable, she is walking slowly and often behind taking care of packs of mobs while we handle the next one with merc and Decoy. Anyway, next session will see Chaos Sanctuary, that should be somehow her leveling area after being Matriarch - no point in running for Baal runs when Gloam packs can be faced in WSK and Throne Chamber.
Day 13: Baal is dead, shy to clvl 87, which had been hit with a few additionnal Pindle runs afterwards. All on p7 but Baal... and the second time i had to clean the Throne room, after a failed save & exit made with no reason whatsoever. Well i'll have to derush vids now to give some gameplay during Act 4 and Act 5, but as planned, apart from Gloam packs in WSK and Throne chamber once, everything had been smooth!
Last edited: Sep 23, 2020

Endgame build gameplay vids
Here's a run sample made as follows:
Two grailers found on top of that: Greyform (RoF) and Ghoulhide (Diablo)!

All S/U and nice items found during that sample:

She had done it, at clvl 86! p7 all the way but Hell Baal. Pics/details to be added in the playthrough sections, so should be gameplay vids too!

MB my eyes are bad and I missed it....how did Wrath turn out? Why Wrath on Yourself? I know u made Faith in Great Bow, was that the only reason?

@Tears85 I am not used to bowazon by any means, the whole journey had been a discovery for me.

From what I experienced, with all journey on p7, Wrath worked pretty well alongside with Valkyrie (first time I max this skill too), the Strafe + Pierce makes it curse often and slow packs all around with Decrepify, and Life tap here or there had been pretty efficient too. All in all a physical build with mass Decrepify, it couldn't turn so bad. My only real fear was towards resistances - all negative, but since mobs mobility was handled, and I had available a maxed Valk and Decoy in the end, that wasn't a big deal EXCEPT for Gloams. Those were either left behind as quick as possible, or generate a S&E.

Faith had been made for a merc, so I can reuse it on some other builds. It made perfectly what it was supposed to do: accelerate things for the whole team, boost damage, and here or there produce some more fixing points via the revived monsters.

I'll throw/remake some runs with vids for gameplay sooner or later ;-)
Reactions: saracen85 and Tears85

So many questions, because I'm theorycrafting an "Edge Bow" Version aka Brokeboi Wrathazon

You have quite a lot of damage bonus (demon/undead/fort/faith) and -enemy resist, but how well is your killspeed with a relatively low weapon damage?

What are your damage numbers?

Is this build reliant on Valk/Merc for kills?

Sorry for asking so much and thanks in advance
Reactions: Babyhell

@saracen85 Well I'll try to give those informations soon, but I'll bet some vid samples are worth a lot of words. I'll make some CS runs - as there's a lot of hp there - and try to get some interesting spots, maybe a Baal run or two also, even a bit of Council to show various commonly ran areas.

As there's no Enigma/tp it is not a real contender for A85 areas like AT or Pits. Anyway there's not enough life or resistances to take the risk to tp wildly.

I'll poke you as soon as vid is done/uploaded!
Reactions: saracen85

@saracen85 @Tears85 Gameplay vid added in this post. Ask for anything of interest i could add!
Reactions: Tears85
T

Killspeed seems all good, at least not painfull!

I still wonder how Faith on Ama and Wrath on Merc would do. I read often that some1 went for pride, cause monster don´t live to proc Decrep..that´s less of an issue with Wrath! Havin switched to MIghter with Reapers I have to claim that Wrath Rogue was way better than one would believe in comparisson!

Also yet another question: Why Shako?

Well i do believe that Wrath hold by merc would be much less efficient in terms of control (therefore less safe) than a Wrath Strafer. But maybe Faith would offset that thanks to quicker killing...don't know.

The Faith + Might merc with Reaper's must be more efficient damage wise, but in that case maybe Multishot would give better results. I could try this someday, sounds fun too!

Finally, why Shako? Well because I decided to go somehow Glass canon, and wanted some life from gear. The Fervor jewel is useless for Strafe, and probably also with Magic arrow/other skills. I have to check, but I think I had to use Andy visage to hit a better breakpoint - and I could use it on the last questing stretch. Strength req is covered by the use of an Archon plate, so it's all about life pool! To be tested!

Babyhell said:
The Faith + Might merc with Reaper's must be more efficient damage wise, but in that case maybe Multishot would give better results.
Click to expand...

The idea would be a average MS Zone yeah!

Kiras would have been the helmet I thought about!
Reactions: Babyhell