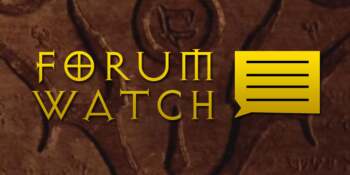 There’s a lot of focus on Diablo 2 Resurrected right now because its release is happening this year. Diablo 4 is still the next big thing for the franchise even if we have no idea how far along they are with its development.

In this latest Forum Watch, we look at a thread that asks what Diablo 4 will need to include to convince you to buy it. There was a lot of hype around Diablo 3 when it was announced, fans were super excited at the prospect of a new game after a decade of silence but the game didn’t quite turn out as some would have hoped.

What will make the community buy Diablo 4?

Let’s see what the community has to say on the matter.

In the Name of Zod writes:

Blizzard still have to claw back the gamers who left for POE and Grim Dawn or just left for whatever reason. If they fail to do that then they will be dealing with a new market that could be stolen from them again. They are going to have to spend up to pull those guys in. Either way it all equals expenditure. I just can’t see a way that D4 will not be expensive to play at least for the short to medium term post release to make up for all the expenses gone into it.

Zod does have a point. With a gap of around a decade between Diablo games, a lot of ARPG players have been trying other things and there’s a lot more competition now for Blizzard. The newer ARPGs are pretty solid too.

I think they are on the right track, but it remains to be seen. Blizzard’s animations are superior above the other ARPGs out there.

If the gear choices are as minimal as Primary Stat, Vit, CHC, CHD, Cooldown, and Attack Speed I fail to see how the game will gain a strong following. The amount of variety of other games is good and a game should require outside knowledge of modifiers an some character planning other than gear with basically a green is good red is bad mentality.

Diablo 2 Resurrected restarted the conversation about adult-themed content and that’s still very much in the minds of Diablo players today.

More adult story, themes, visuals, art, animation. Nudity and gore. D3 feels like a hard teen despite its mature rating. I want to be disturbed, disgusted, or otherwise outright scared to enter hell or progress forward in the game.

I think Blizzard is more aware of how important getting that original Diablo feel right than they were with Diablo 3. In other words, we don’t want rainbows and unicorns. Thankfully we have seem a glimpse of what’s possible with Diablo 2 Resurrected and the recreation of the original monsters.

PvP is another topic that always pops up. Diablo 3 failed to produce a PvP system and we know that Diablo 4 will have PvP. This is important to some players as forum member We the Other reiterates.

I need to see a proper and robust PvP implemented. It was a huge disappointment when D3 failed to deliver on its PvP promise.

What we do know is that PvP will be a feature in Diablo 4 and it’s been built into the design. There will be optional spaces within the game world with their own mounts and special items. There’s more on that here.

When it comes to lore, the death of Decard Cain in Diablo 3 was a sore point for many. d2lover writes:

For me Decard Cain needs to be revived somehow, maybe even as an evil.

The death of him made no fricking sense to me. (killed by a butterfly…)

There’s no doubt the new Blizzard has a lot to learn from the first couple of games and not to make the same mistakes they did with Diablo 3. It’s always easier to say what we don’t want to see than what we do want to see but there’s plenty of time still to provide the team with feedback.

So what will entice you to buy Diablo 4? Share your opinion in this thread.

Poll – What Diablo 2 Resurrected Class Will You Play First? 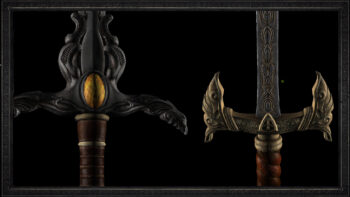