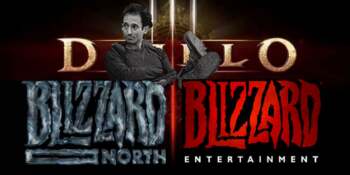 Author: Rush Published Date: May 31, 2020 1 Comment on Artist Oscar Cuesta tells us his story of working on Diablo 3 at Blizzard North and South

A few weeks ago we uncovered a load of old shots of Diablo 3 that were posted by 2D/3D artist Oscar Cuesta. Oscar worked on Diablo 3 while it was still in development at Blizzard North before moving to Blizzard Irvine to continue the project. So what was it like working on Diablo 3 at Blizzard North? Did you know there were some radical style changes and there were even bulldogs with a punk mohawk in the original Irvine version? Oscar Cuesta tells his story about working on the game in this interview.

More... Artist Oscar Cuesta tells us his story of working on Diablo 3 at Blizzard North and South

As most of you who have been following the Diablo franchise since 1996 know, I have been involved in the Diablo community since opening my own site ba

Hi Guys, as u all know by now I totally love permadeath. What I totally don´t like is the idea of rogue-lites, because they don´t feature permadeath,

hey there I'm new to d2 in general, have been playing for a couple of weeks I watched some videos on kicksins beating ubers and it was great, I w