Since the v1.10 patch reworked the experience rewards and high level penalties, it’s become a much longer project to level a character to 99. Up to 85 or even 90 isn’t that slow, but past 91 or 92 the leveling speed drops off terribly. Past 93, only 3 bosses are high enough level that the player does not get an additional experience penalty. These are Baal, Diablo and Nihlathak. Solo Baal runs (trips down through the Worldstone Keep, and then a long battle to clear out Baal’s Throneroom, and then kill Baal himself in the Worldstone Chamber) have been popular for a long time though recent numbers and experiments have shown that running Nihlathak and Diablo can be just as effective over time. Serious ladder teams usually have the primary character kill Baal and Diablo each run.

The following figures represent how many Baal runs are required for each level up, and the total journey, from level 90 to 99. This assumes a player kills almost nothing on Worldstone Keep levels 2 and 3, then does all five packs of Baal’s Minions on /players 8, before killing Baal himself on /players 3+. (There’s a bug with Baal’s experience in v1.10+ where his experience value does not increase past 3 players.)

Players doing these runs on Battle.net or in multiplayer games will generally have to kill a few more monsters on their way down to the Throneroom, but the experience from those is negligible, compared to the total quantity required.

Baal runs can be zipped through with amazing speed by talented players with powerful characters. Entire runs, including the time to create the game and start in town, can be routinely done in under 2:30. That’s two minutes and thirty seconds.

This shows how many Baal runs are required for each level up, and cumulatively, to move from 90 to 99. Note that almost 2/3 of the total runs are required to go from 98 to 99. A very fast player, especially one playing with turbo help from friends, could conceivably spend more total play time going from 98 to 99 than they did going from 1-98. Interesting balance the D2 patch designers have wrought, there.

The following figures represent how many Baal runs are required for each level up, and the total journey, from level 90 to 99. 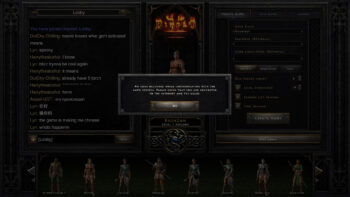