As we get closer to 2.4 more details of new runewords are appearing and today Blizzard revealed Unbending Will.

Blizzard will be adding new runewords to the game and we already know that inactive runewords such as Plague and Pattern will be activated. The new one we’ve not seen before and revealed today is Unbending Will which is as follows: 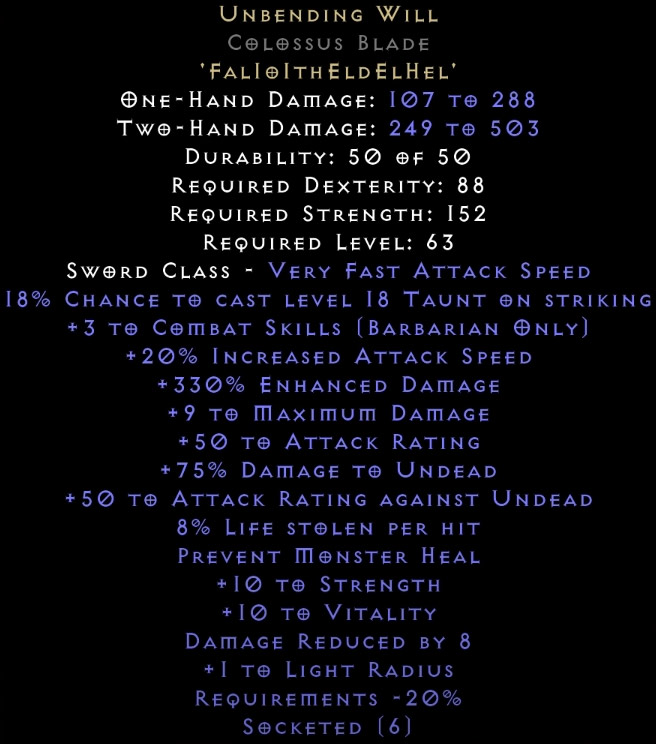 Another Runeword to get excited about has been revealed.

you can do better guys...

i dont think we know if this limited to swords and the level requirement is off. fal is the highest rune... it was the elite base on the screenshot that has a lvl req if 63

or maybe for teleporting caster with A5 merc