Today we cover the changes on the final three characters that get a little bit of spice added to their arsenals.  Wait, was that someone using a Holy Bolt in my party against Lister?  I swore I heard it was the new hammer and a leading contender for a 125 FCR Paladin build possibly?!!!  The other two classes get some updates as well, but I’m thinking the Paladin is going to walk away with the overall win in 2.4 with the changes to Holy: Fire/Freeze/Shock auras as well.  First up though is our trusty spellcaster who has always been a solid Magic finding champion.

I’m going to admit, this is by far the class I play the least.  I usually play Hardcore only and her and I do not gel well with the majority of my characters failing to make it out of Act 1 normal.  The updated Blaze might lead me to a fast victory, and I’ll probably dabble in an Inferno hot head as well at some point.  Let us see where she got some new toys, which mainly come in the way of one skill in particular.  In general casting delays removed from other skills to allow you to multi spam different ones now (Blizzard and Meteor for example).

Gearing this lady up has always been pretty much the same, get some +skills and go for the eyes!  The Frenzy Barbarian might be a good choice if your set on using Inferno as his taunt will come in handy and he can keep enemies at bay while you use your improved armor skill to avoid a bit of damage.  If you’re doing either of the improved Nova skills, he might work good their as well.

About time I can make a Magemancer!  Followed up with a slightly improved Fire Golem and we can elemental these minions to oblivion.  Well maybe.  Overall other than some summoning buffs Necromancer was in a good spot.

Necromancer got overall the least improved build variety as Skeleton Magis are still most likely majorly inferior, but should be good for fun niche playing.  The Bone spells don’t really qualify as they were useful before.  Poison Dagger would have benefitted from an increased attack speed or always hit modifier as well as a more potent poison like how Venom is, maybe next update.  His gearing up is usually starting with an army of skeletons and then branching out to your specialty from the that point.

We are going to get straight into this powerhouse who keeps on getting better.  Need to kill Ubers?  He is your guy.  Need fast farming for gearing?  He is your guy.  Really the Paladin is the most well-rounded class and he even got some cool playstyle changes.

The improved build variety really comes down to Fist of Heavens and Holy Bolt impacting demons and piercing.  I myself am going to make a 125 FCR Bolter and see how well it does.  So far in act 1 I’m tearing up the place.  Lots of damage and piercing is really strong early on.  This maybe the new go to build prior to hammers getting strong as there are only a few dull spots to where you are ineffective until Act 5. This might be a super strong character that just punishes characters as your casting constantly healing your mercenary while you pound away at the minions in front of you.  Cows though are unfazed by your Holy Bolts.

With the patch dropping a week away are you ready to enjoy two weeks of just fun builds out until the ladder season 1 starts? Or are you one that wants to hit that ladder hard and will take these two weeks and figure out which character you can play effectively with the changes to increase your initial wealth to meet your season 1 goals and stomp the competition?  I know I’m going to fall into a totally different category and pop in a tournament or two as I wanted to wait for the changes to go live.  Then I can play such toons as a Magimancer and a Chucker (coined that name if it was already for a Throwing Barbarian) in one of the tournaments at the SPF with the overall year end goal of getting a sorceress to guardian. 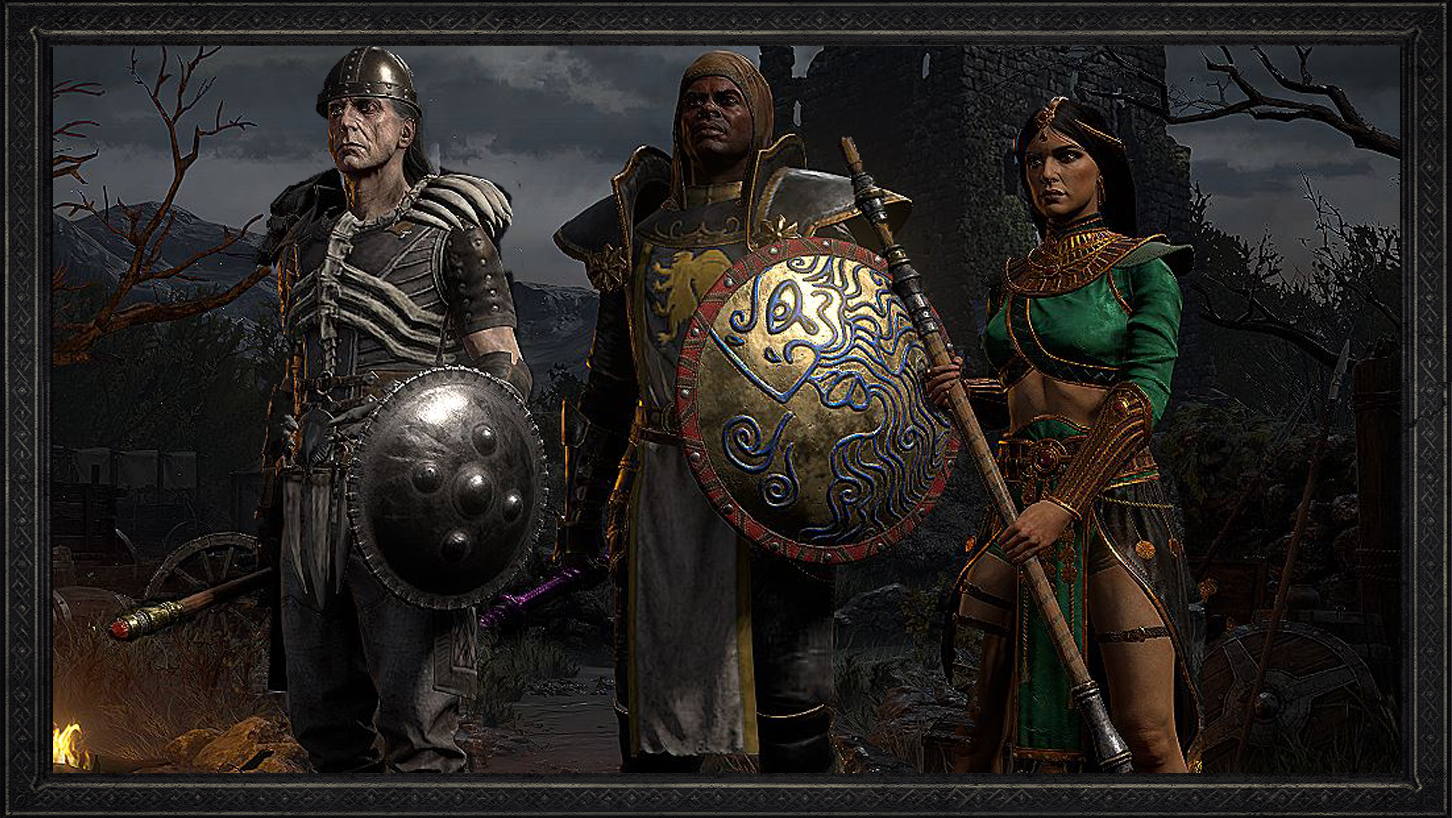 This week we cover the last of 2.4 class updates that benefit build variety for the Sorceress, Necromancer, and Paladin classes.