Blizzard was really pushing ladder with their Infernal Race.  Originally when I was working on a draft for this article, I said Monday before the first level 99.  Indeed, I was wrong.  I woke up this morning, looked at the leader board to adjust some of my writing about the ladder race, and lo and behold:  The Infernal Race is over. Teo Unsullied was first to achieve the goal of 99.  Congrats to them and their team! The Hardcore ladder is a bit further off at level 96, so another week before someone ramps up and dings 99.  Major props to the online HC players, for Diablo 2 it is not for me due to server and online issues. 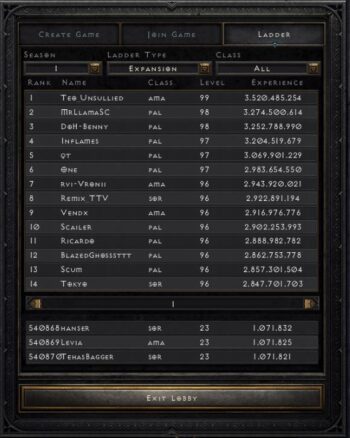 The ladder itself is no surprise. 3 amazons (#1, #7-9) with the rest of the top 10 rounded out by paladins and a lonely sorceress sitting at #8. Kill Speed of these classes in group settings is outstanding compared to the other classes.  Each class though does have players at 95 or higher so they are not too far behind.

Speaking of the servers:  The changes implemented have improved the online experience as even when I wasn’t playing much, I did login at different times and only had a quick queue. This really is a big step in the right direction.  The biggest issue was the leaderboard not updating and having an issue for a couple days. For me, it wasn’t a big deal, and honestly, it adds to the suspense. It was like playing in a Pro Tour/Grand Prix qualifier and awaiting the tiebreakers when you’re on the bubble for Day 2 or Top 64 (cash payout too) or Top 8. Excruciating agony sometimes. Not really, but I did just hit 9th in a 5k tournament to get knocked out of some good cash for Flesh and Blood at the end of March.

My experience with online D2R

Myself, I got super busy with kid’s sports, work, and more kids stuff to really get a chance to play and truth be told, I played a bit of MTG:A as it’s easier to do when I got 20 minutes to spare.  My mighty fendazon is now a bustling level: 23 sitting in Act 5, thanks to a rush through Act 4 from a friend.

As you can tell I played Diablo 2 and D2R offline about 18 years or so after I found the SPF and was introduced to different single-player tournaments and goals and the overall ease for me to pause whenever.  Static maps were just icing on the cake.  I did for a while join in some SPF MP years ago though as well for some Baal runs.  So everything I knew about how to play comes in handy once I’m in Hell, but the whole experience of normal and nightmare is different.  My overall experience so far in normal is really good.  I’ve found groups to be rather easy to find, the refresh has a 10 second timer on it. Also, there isn’t a lot of talking like most Diablo games.  The benefit is I don’t have to be as on point as I normally would since I have backup.  Which is really cool! 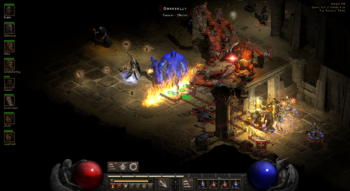 I also dig the free item games.  Very useful to someone who shows up late, as I scored a few decent mid-ranged gear (Buriza, Witchwild) not great, but good weapons for the bow side of my build, and both can be used to carry me to endgame.  I’m looking forward to getting through NM this weekend as the weather outside is nothing but rain and thus delays my yard work that was on the list of stuff to do today.

Lastly, I wanted to talk about the mighty skill I’ve been using: Impale.  I’ve found so far it is a really good early-level skill.  I used it to smack Mephisto around with 5 points into it for a 37% slow target at level 20 which I don’t think I’d normally do.  Impale was also very useful in taking out the Council prior.  Rather impressed really by the changes, though be wary as I had to jump to town to repair my weapon before it broke.  Hopefully, this week coming up my progress is something more exciting than where it is at! 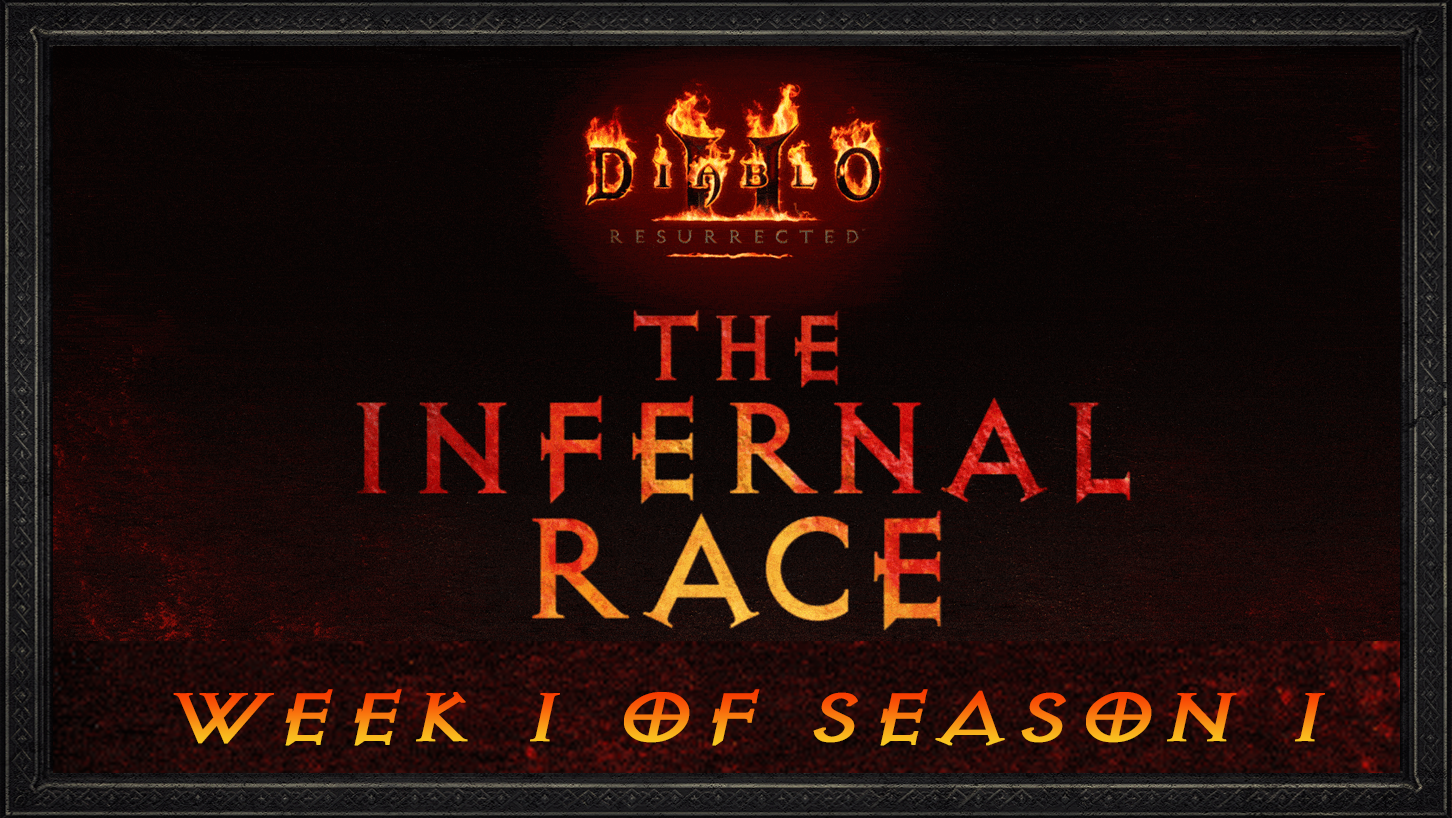 Ladders are underway finally with a race to the top.