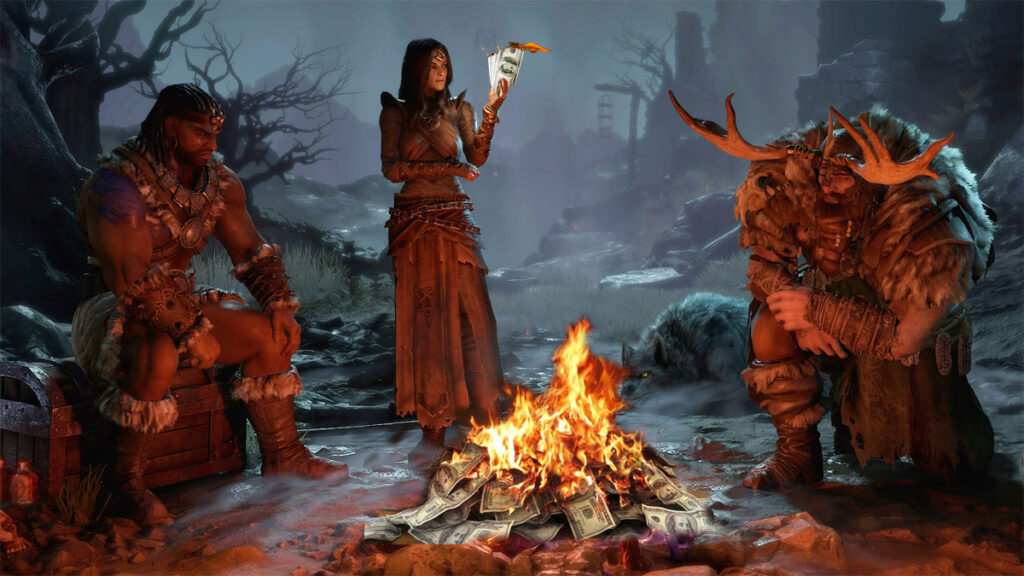 Discussion of Diablo Immortal’s monetization is still ongoing this week within the community and I think it’s shocked many who may have thought Blizzard would take a sensible approach to fund the game.  With all that in mind, where does that leave Diablo 4 monetization?

Diablo Immortal has been touted and MMOARPG which is one thing it does have in common with Diablo 4. Players will jaunt around Sanctuary and come across other players. But what else will it have in common with the new mobile release? Monetization is likely to play a part but how far will Blizzard go?

We see some pretty predatory practices in Diablo Immortal and it’s simply accepted because it’s a mobile game and that’s what many mobile games do. With that in mind, I seriously doubt we’ll see anything like this with Diablo 4 monetization but know we’ll see something.

The job posting on Blizzard’s career page from 25 May (thanks Bullhorn) this year gives us a few hints. Let’s take a look at what they are looking for…

You will play a critical role in managing the Diablo IV in-game store experience for millions of players around the world. As this is a key component of Diablo IV’s seasonal content strategy, you will be the tip of the spear planning the content release schedule, configuring products using our internal tooling, and working with stakeholders across disciplines to ensure regular updates to the store throughout each season go smoothly. Additionally, you will strive to continually improve processes and encourage best practices.

Based on this job posting alone, we can see that there seems to be some monetization action tied to seasonal content. What this is exactly is unclear.

Diablo 4 monetization and what to expect

As with most MMORPGs,  there are usually bits and pieces to purchase, and in Diablo 4’s case, we know it’s cosmetics which was confirmed a few years back. We already know that only a chunk of Sanctuary is playable in Diablo 4 and there will be expansions that will expand the world over time.

There is one thing that could go sideways with cosmetics. If the cosmetics sold in the store, say armor as an example, are visually so much more impressive than what you can find in the game. Players not shelling out for cosmetics end up looking rather drab.

There is some hope for those worried about Blizzard going too far with Diablo 4 monetization, Lead Designer Joe Shely did state back in 2019 that they will “not sell power”.

It’s been a few years since these statements on Diablo 4 monetization were made, and now we have Immortal. What concerns me is that if Immortal does well, there could be aspects of the mechanics that make their way over to Diablo 4 as a way to make a few extra bucks. You pay for the game, you pay for the expansions, and you buy some cosmetics. That’s all acceptable. But dare I say it, what if you have to acquire some rare “orbs” that can be purchased but also dropped at a low drop rate to get better rewards from dungeons?

That may be a stretch for Diablo 4 but Blizzard may see the $$$ rolling in from Immortal and try something out of the ordinary.

There are other service-based transactions that we have also seen employed in WoW such as server transfer fees, name change fees etc. While some of these may not end up being relevant, rest assured if they are, they will likely come into play.

What I do not want to see, are cutesy pets like the ones that have flooded WoW over the years. One reason I gave up on WoW was the rainbow sparkly twinkly stuff that was continuously added to the game. It took away the small amount of edginess the game actually had and turned towns and hubs into a constant carnival of glittery things.

I remember logging into WoW after a few years away from the game and it was hardly recognisable. The uninstall button was hit pretty quickly and I’ll never go back.

Based on what’s happened this week, Diablo players will be keeping a really close eye on what Blizzard has planned for Diablo 4’s microtransactions, and rightly so. Blizzard is now a very different company compared to the 90s and sometimes we tend to forget that when it comes to game features and game announcements.

So what Diablo 4 monetization options are you most concerned about? What would make you simply say “no, not this time Blizzard”. 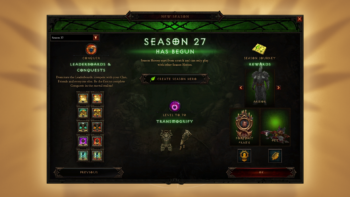 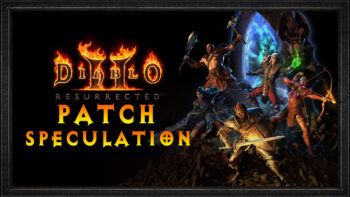 Diablo 2 Resurrected: Speculation on next season and patch