As our regular readers know, we’ve been covering the Diablo franchise for 23 years now. During that time we’ve been on this journey with the fantastic community here at PureDiablo. I think it would only be fitting if we took a look back at what was happening on the Diablo 2 launch day which was 20 years ago today.

We were particularly hyped for the game as we had seen a little more of it than most after visiting Blizzard North for a pre-release test session. I think we were just as excited to see how the community would respond as Blizzard was.

When the game launched we were at the launch party which took place on a cruise ship called the California Hornblower which left San Francisco Pier 33. The ship left port at 7PM and sailed its way around San Francisco Bay and under the Golden Gate Bridge. There were around 100 people there to celebrate the game’s launch which included 50 Blizzard staff and around 50 press members.

The Blizzard team appeared pleased with the launch as there had been around 2 million pre-orders for Diablo 2. Remember, pre-orders were really important. There was no downloading digital copies, all game shipped out on CD. Remember that?

There was a lot of champagne being consumed and here are some of the pics from the launch event.

Like most game launches back in the day, there was usually some teething problems. In the case of Diablo 2, one of the most common issues was the CD-Rom not being able to read the CDs to install or being able to read the CD once installed. Other issues included unable to connect to Battle.Net, random crashes, bad .dll files. All the usual stuff that would drive you mad when all you wanted to do was start playing.

One peculiar problem arose with single-player characters being deleted when installing 1.01 patch which was caused by not uninstalling the Diablo 2 beta. The first bug/cheat that was found was the ability to generate unlimited gold. Blizzard hopped on this gold bug quickly and applied a server-side update.

First impression articles were quick to appear, within 24 hours in most cases. IGN and DailyRadar were first out of the blocks. It was looking like Blizzard was about to have another smash-hit on their hands. Final reviews started to come in IGN (83%), Gamespot (8.5), Game Revolution (B+), GamesMania (93%), GameGuru (4/5), FiringSqaud (93%), GameZone (8.5).

There wasn’t much in the printed press at the time but The Guardian was not quite as taken with the game stating that “Baldur’s Gate hangs on to its RPG crown”. Well, they got that wrong.

One of the first things to be discovered in the game was the Cow Level. A shot had appeared back in 1999 before release hinting there was some strange cow level (see shot below from 1999) but we were not quite sure if it was some kind of joke or April Fool’s gag at the time. The rest is history. The Cow Level was a hit. 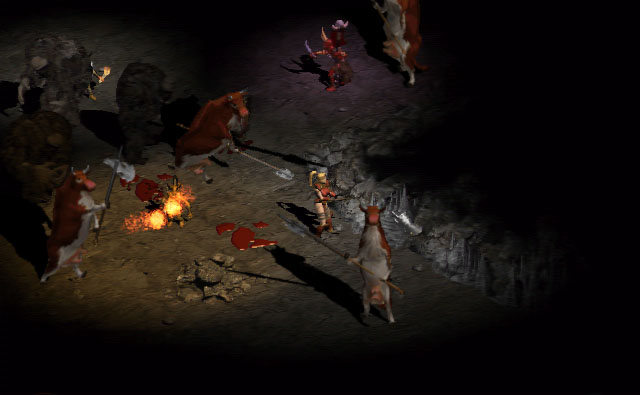 A lovely surprise for the site team was the inclusion of Elly, Flux, and Gaile as NPC mercenaries in the game. It’s always fantastic to play some part in gaming history.

Here we are today, 20 years on from that eventful launch day. I remember well that we were all hands on deck and not getting much sleep. We were cranking out content and I was firefighting server issues due to the sheer volume of site traffic. Thankfully these days technology has moved on somewhat and technical issues are more manageable. It was a mad few weeks leading up to and post-launch. 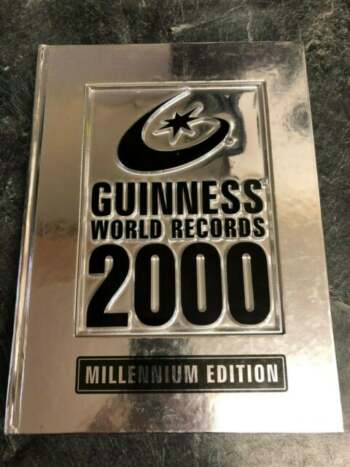 What’s amazing is that Diablo 2 is that it has stood the test of time. It’s without a doubt still one of the most successful games ever made. It had reached 2 million copies sold after one and a half months. It did so well that it was entered into the Guinness Book of World Records 2000 Edition as the fastest-selling computer game ever sold. Within its first year, it had sold 4 million copies prior to the LoD expansion launch.

I think we can all agree that Diablo 2 was simply outstanding, and still is. It’s great to see our community still playing and heavily involved with the game. Diablo 2 is without a doubt one of the greatest games ever made, and with rumours of a remastered version circulating, who knows what the future holds for Diablo 2. Happy 20th anniversary Diablo 2!