The Darkening of Tristram event was announced at BlizzCon 2016 to celebrate the Diablo Franchise’s 20th Anniversary.

The event now runs every year in the month of January only. This event has been made to look like the old Diablo 1 with pixelated graphics and directional movement has been reduced to eight directions. Although it has been given a retro look, it’s not exactly the same as it uses Diablo 3 assets.

Blizzard recommends players undertake this event with a new character although any existing character can be used to play this time-limited mode. In this The Darkening of Tristram guide, we take you through the process of taking part in the event and detail its rewards. 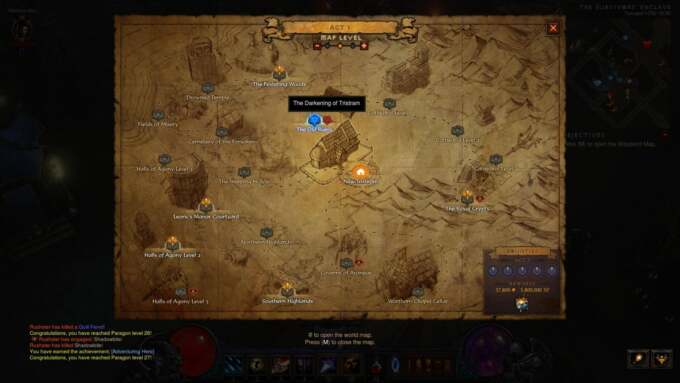 Where is the Darkening of Tristram? 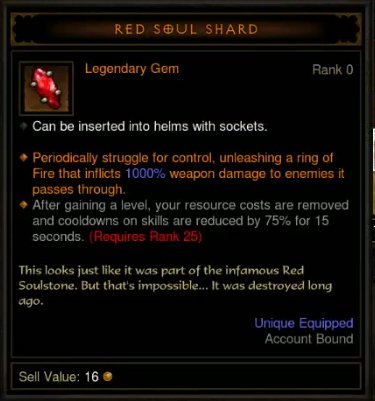 Within The Darkening of Tristram, players will come across bosses such as The Butcher (Level 2), Skeleton King (Level 3), Lazarus, and Diablo himself.

Unique monsters from Diablo also inhabit the levels but they look the same as the current monsters in Diablo 3. They will however drop Diablo 1 items such as Godly Plate of the Whale.

Diablo 1 NPCs such as Pepin, Griswold , Farnham and Ogden also appear in the game but this time as corpses but are part of a special quest based on the Diablo 1 Black Mushroom quest.

The Black Mushroom quest in The Darkening of Tristram involves:

The Darkening of Tristram Rewards

To obtain the Demon portrait, every unique monster must be killed in the dungeons and are found on the following levels.

To obtain the Angel portrait players need to hunt down Temporal Priests in all five acts of Diablo 3 and they drop a total of seven Cultist’s Pages. Once all seven are collected players earn the Achievement ‘I Sense a Soul in Search of Answers’.

The Darkening of Tristram is also referenced in the Diablo 1 Manual.