The Diablo 4 open world is a feature completely new to the Diablo series. This will give players the opportunity to explore and move around Sanctuary more freely. This will also give players more freedom when it comes to crafting, and for the first time proper PvP.

With this new approach to the game’s design, players will still play through a campaign but have the freedom to move about the world seamlessly.

Players can choose to stick closely to the campaign and complete it and then tackle the side content or undertake side missions during the campaign. It’s up to the individual.

It’s important to point out that Diablo 4 is not an MMORPG. The Diablo 4 open world does come closer to the vision of the original Diablo development team’s (Blizzard North) version of Diablo 3 which never saw the light of day.

Camps are areas inside a map that have been overrun by monsters. These camps will need to be taken back by players to create friendly outposts. These outposts will subsequently include waypoints and NPCs.

These camps will be discovered by players as they traverse the world. Blizzard won’t necessarily push players to camps as part of questlines, they are there to be discovered and ultimately restored to a friendly status.

Due to the nature of the Diablo 4 open world mechanics, players can travel long distances which is why Blizzard introduced mounts in Diablo IV. More information on how mounts function can be found in the mounts section.

Diablo 4’s multiplayer will be quite different from previous games. As well as being able to form groups, solo players will come into contact with other players in certain situations.

Blizzard is attempting to find a balance between an overpopulated open world and one in which players feel less alone. However, key story elements and dungeons will always be a solo/party experience.

Solo players will come across other players in town/social hubs or at world events. Players will never be forced to join other parties and can claim their own rewards from events even if others are taking part.

Blizzard added the following in their July 2020 developer update:

Our goal has always been to incorporate elements from shared world games without the game ever feeling like it’s veering into massively multiplayer territory. To be clear, this is a philosophy rather than a tech limitation. We find that the game stops feeling like Diablo and the world feels less dangerous when you see other players too often or in too high numbers.
Share
Tweet
Share
Email 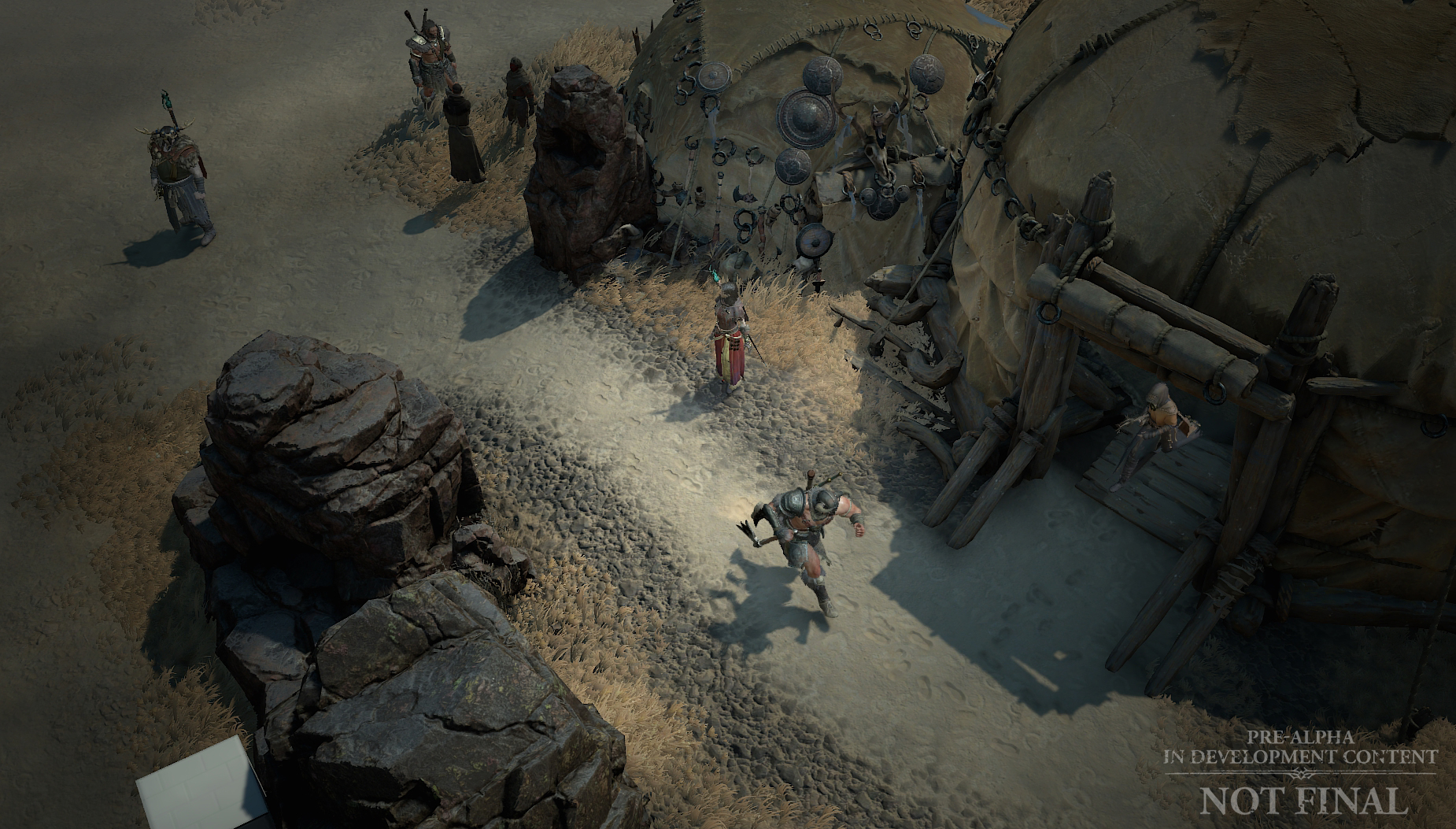 The Diablo 4 open world is a feature completely new to the Diablo series. This will give players the opportunity to explore and move around Sanctuary more freely.