Blizzard revealed Diablo 4 mounts at BlizzCon 2019, the first time mounts have been added to a Diablo game.

In Diablo 4, we have what is effectively an open world to adventure in once the main story has been completed. Although waypoints will still be available for faster travel, mounts will allow players to traverse the regions of Sanctuary much faster.

The initial release of Diablo IV will include areas of Sanctuary reaching from Scosglen down to Kehjistan, This is about one-third of the overall Sanctuary landmass as we know it. 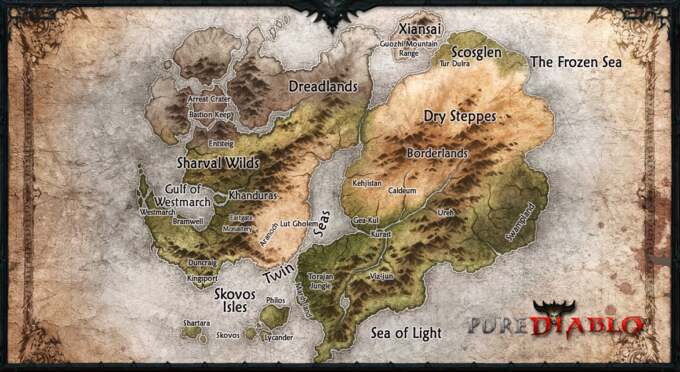 Mount customisation promises something a little more interesting than simply cosmetic enhancements with the ability to augment and improve mounts.

Cosmetics will be available for mounts such as saddles, armor, different horseshoes, and other trinkets. These customisations are said to improve the performance of a mount. For example, armor could decrease damage and other additions could make them a little faster by X%. Blizzard said these augmentations could be useful in PvP. Mount additions give players something else to strive for when it comes to showing off in the game to other players. A flaming mount, an undead mount, an angelic mount, there are a lot of possibilities. 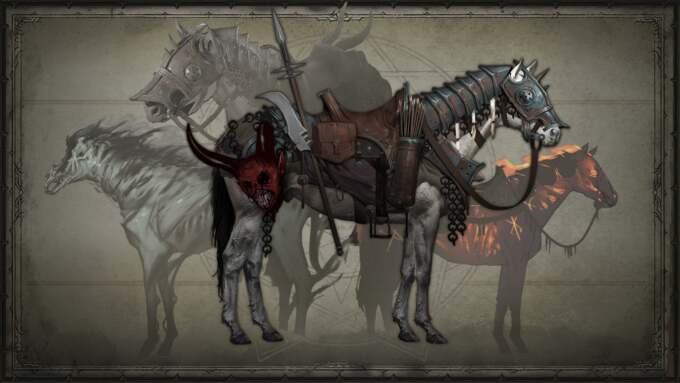 Blizzard wants players to able to charge directly into battle from a mount. Abilities activated on dismount bring that effect to life. It’s not known at this stage whether that will be an effective tactic. Firing off a single ability will automatically dismount you. This will execute that skill as you land as you can see in the video below.

More details on Diablo IV mounts will be revealed in the future.

Blizzard revealed Diablo 4 mounts at BlizzCon 2019, the first time mounts have been added to a Diablo game.