Won't You be my Neighbor Game Thread [Day 5] 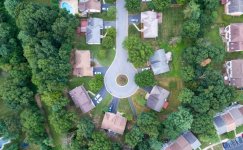 There are several "Neighbor" game setups over on Mafia Scum wiki, and I dont want any incorrect assumptions to be made. The setup for this game is closest to this one.

** Kill Mechanics **
I have added an item system to this game where each player will have their own unique item (weapon) that is related to their role. The "strength" of these items will be used to resolve NKs (whichever player has the "weaker" weapon will be killed). This mechanic is based on the board game Stratego.

1. Talk about your role and this game is strictly prohibited outside of the game thread until it is over except when allowed by the game mod in a role PM or in specific QT Threads.

3. Editing a post that you made in game, for any reason will result in a mod kill.

4. Any flavor story given regarding lynches and kills is for flavor only.

5. Once you're dead, stay that way. Dead people tell no tales, or in this case, dead people make no posts. If you’re dead and either post or try to influence the game (yes, it happened) can be barred from playing and possibly banned from the forum. Posting in a designated “Dead Thread” Quick Topic is fine.

6. Every player gets one lynch vote during the day unless told otherwise in their role PM. Votes and Unvotes need to be bolded . If your unvote isn't bolded, it doesn't count and please try to put it at the bottom of your post. Please be very clear as to who you are voting for, avoid nicknames, etc,.

7. Lynching requires the majority of the players alive to vote for the same player. That is, half of the remaining number of players + 1 rounded down. A lock occurs when someone with enough votes to be lynched receives an additional vote, and will be lynched at the end of the day and cannot be unvoted. (So, D1 with 7 players alive, 4 votes to lynch, 5 to lock.)

8. The 50 % Rule: The game will be called and end early if, the remaining mafia outnumber the town, IE, the town can’t get enough votes in to cause a lynch to happen.
* Rule 8 does not strictly apply to this game as an NK could result in a Mafia death. However, there do exist possibilities of inevitable wins (for either faction), and potential stalemates. In those cases, the game will be called early, resulting in win/lose/draw.

9. If you have any questions or issues with your role, or any other player, please PM the mod of this game in order to find a resolution. Please don’t suicide or do anything rash before
contacting the game’s mod.

11. Do not post any information sent to you in a pm by the host. This includes, but is not limited to, numbers of words/letters/punctuation marks. If you want to claim a role, don't copy paste the PM that was sent to you.

12. The Day lasts 48 hours and night lasts 24 hours. This game will start with a Dayphase

13. You will get mod killed if you are inactive (at least 2 actual contributive posts per day
phase required to be considered "active" ). Posting just to meet the posting requirements and actually not doing anything that adds to the discussion, or informational process of the game, or just posting for the sake of posting can and will likely result in a mod kill. This rule is amended to avoid a Prestige7 situation.

14. If you are (temp) banned from the site itself, you will also be mod killed.

15. If you cannot continue to play the game for any reason, send the host of the game a PM.

16. Behavior - Please don't take anything said in this thread that may be directed at you as a personal attack, it's the way this game is played. Rivalries (such as the infamous Noodle vs. Bad Ash rivalry) are fine. It's all in the spirit of the game. Don’t be a dick. Mafia can and will get heated, but below the belt attacks will not be tolerated. Attack the play not the player. Calling another player or players morons or any other forum of disrespect, is Prestige7. Don’t be a Prestige7. It won’t be tolerated.
Have fun and good luck!

Code:
Everyone's role and street address has been randomly assigned. I will try to get role PMs and chat groups sent out soon.
Last edited: Oct 24, 2020

I wish Noodle would put some effort into curb appeal. He's bringing our property values down!
Reactions: D2DC

We should gang up on the host while we still can....

I mean geez, just look at all that dead grass, would it hurt you to water the lawn every now and again.?
Reactions: D2DC

Sorry, RL getting in the way. Role PMs should all be out. I'll set up all the different QT chats later. You can't technically start chatting there until game starts anyway. I've gotten quite a few Role PM replies already. Looking to start 8.00-9.00 pm.
N

Show of hands here, who's ever fed a phone to a pelican? Kind of important question, guys.

logoutzero said:
I wish Noodle would put some effort into curb appeal. He's bringing our property values down!
Click to expand...

I didn't realize we had an HOA over here... Are you HOA Helen? Giving out fines for every teeny tiny infraction?

Pyrotechnician said:
I mean geez, just look at all that dead grass, would it hurt you to water the lawn every now and again.?
Click to expand...

Idk where you're from, but because Noodle and I live in the same state, brown is the new green.

D2DC said:
Sorry, RL getting in the way. Role PMs should all be out. I'll set up all the different QT chats later. You can't technically start chatting there until game starts anyway. I've gotten quite a few Role PM replies already. Looking to start 8.00-9.00 pm.
Click to expand...

brown has a certain stench to it, just like Noodle.

We should totally use Zulu for all time references from now on.

Most normal people do.

I will shoot you point blank in the face one of these days.
Reactions: Leopold Stotch

As if! Everyone knows that Jet Li's "one" is WAAAY more powerful than Christopher Lee's!

Ok, unless I screwed something up, everyone should have their role PM and links to (2) distinct Neighbor QT chats. Please let me know ASAP if I overlooked something!