This tournament has already ended. It was originally posted by @Kitteh on Dec 19, 2017.
(link to original thread on diabloii.net)
​

Well done to everybody who took part, and thanks to @Locohead for hosting Hopefully you had as much fun as I did, although I was certainly not running 'efficiently', picking up all rares, playing about with music etc Don't forget to post those haul pics!

maxicek said:
Well done everyone. I ran a mix of Pindle and Pit with a singer and a blizzsorc. I am now several thousand runs overdue for a gold TC87, so it’s getting annoying.

Thanks @Locohead for organising and @Kitteh for doing the results.
Click to expand...

Kitteh said:
No worries. How many runs did you do overall? I only managed slightly under 1500, I think it was 1494 - all Pindleskin.
Click to expand...

Originally posted by: @Kitteh
Ouch, that is harsh! 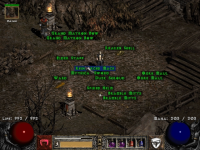 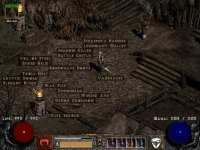 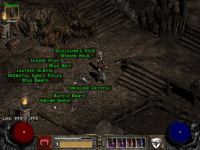 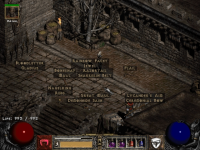 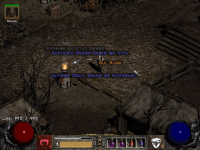 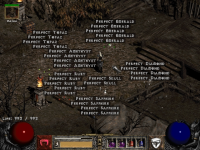 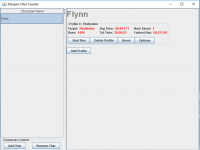 EatSleepDiablov2 said:
Thanks to Loco for hosting and Kitteh for facilitating...

As you can see from my results, no change in the top 5 in the second half. While I was pleasantly surprised to get three TC87 uniques in the first 1,000+- runs, my luck ultimately ran out and had none thereafter. Still looking for Griffs/DWeb on my restart, so I might run him a bit longer to reverse the trend.

One of these days, I am going to sit down with ATMAs drop odds between Pindle and Lvl 85 areas to correlate the two. The scoring sheets are identical, but is it justified?

I run the former because I can stack MF, disregard resists, and be singularly focused on one target. I like AT, but I am too OCD to be efficient compared to Pindle.

Thanks again all for the motivation to run.
Click to expand...

darkstarhub said:
Sorry I haven’t replied. My luck for the last bit has been awful as far as items. I don’t recall ever going that long without finding something decent. There were so many white, blue, a yellow versions of grailers and I kept thinking at any time something would drop.

I found a few of the low score set pieces but it wasn’t even worth sending a score in. One positive thing was that I did get some decent XP and 96 is in site.
Click to expand...

Kitteh said:
If it makes you feel better... It isn't even all of them haha 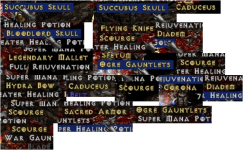 
Thanks everyone included and congrats ESD for winning! 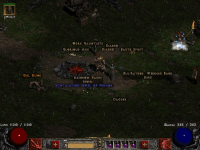 I started my runs with a lvl 65 Singer Barb, and he ended up with ** lvls. P1 Pits all the way. Highly un-optimized and the map was only moderately good (at first it was plain bad, for a while). That said, I'm pleased to have all +9.3 pointers in my top 5.


Code:
+ many more sets uniques hardly worth mentioning. Some Rals, Sols and bunch of perfect gems I shrined (I had three shrines next to Pit entrance...).

Spirit Keeper was a very nice add to my ETH grail. Griffon's Eye is now my most found TC 87 unique along with Steel Pillar (12 each).

Kitteh said:
I'm still in a mood with you about the Spirit Keeper.
Click to expand...


Hmm. Sorry but I've been obsessing over the latest Ladder season. However, my luck ran out so I gave up for now, lol.

Thanks Kitteh for doing the results. However, you posted my halfway results as my final results... these were the final results I had messaged you:

So not quite as bad as it appeared, should have been listed in 4th. Found the 2 Steelrends in the first 8h, but never managed to get anything rarer in the remaining 12. I knew I was toast without a 24.x. The spoils: 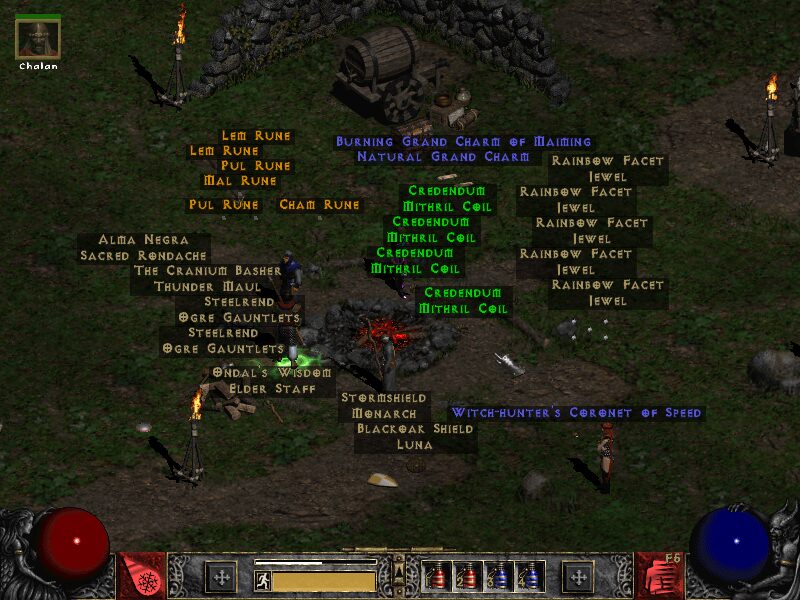 Never found a Cham before, sorta worth it for that alone. Shame my top5 was pretty much useless. Facets weren't good either. Actually excited to use that coronet on a 'sin, hopefully it gets 2 sockets. Had to show the 4 credendums, heh. Also found 3 Widowmaker which seemed slightly odd.

Thanks all for helping me get halfway to L95! Another 20 hours should do it... maybe another tourney in early 2018? (If I can figure out how to make D2 games & acts load more quickly.)

Kitteh said:
Done! Sorry, not sure why I mixed them up.
Click to expand...