Diablo was taken down finally! I started the act with no resistance above 18 and finished with Fire Maxed, Cold almost, Lightning above 50% and poison as well.

I had to redo a lot of gear:


This was weird, guess confuse made them all enemies from Hephasto's Conviction. Really cool actually and made short work of the adds. 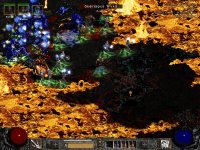 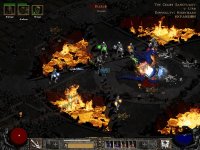 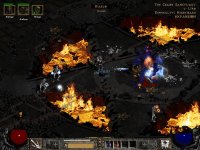 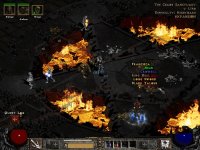 Onto more pressing matters, can I get my HELL rolls as I'm going to weed my way through Act 5 tonight.

Vang said:
Onto more pressing matters, can I get my HELL rolls as I'm going to weed my way through Act 5 tonight.

I'll wait a bit to see if someone else comes around. If not, I'll do it again
Reactions: Babyhell

I saw this thread pop up, and then I remembered I had a random tourney leap attack barb with daggers sitting somewhere. I also clicked through the old thread and found we started a MP group that failed miserably, ah the good old days...
Reactions: coju, Babyhell and logoutzero


Unsure about that particular golem...but Bone wall should be a nice tool if the magi's attack through - never tried it.

Oh, and btw, there's a mistake on your second ring, you only showed one twice. Great roll on that resistance ring though!
Last edited: Nov 15, 2020

Unsure about that particular golem...but Bone wall should be a nice tool if the magi's attack through - never tried it.

Oh, and btw, there's a mistake on your second ring, you only showed one twice. Great roll on that resistance ring though!
Click to expand...

Well I am happy about Dim Vision, unsure about that bone wall and magi.

Poison Dagger will be an auto-reroll since I can't use it though.

Fixed rings, maybe one was found earlier as it has a different ILVL.
Reactions: Babyhell

Right i missed it! Initial update post to be updated with:
1 3 Clay golem

I guess it's far better than blood one... hopefully you got the auto reroll!
T

Swamigoonikov the random necro has defeated normal Baal and made it to Act 1 NM. Baals waves were very slow going, but danger free. I was using an Act V merc with Kinemil's Awl Giant Sword. It was probably a reduction in damage from a savage bill Act 2 merc, but I wanted a change. I found a Riphook in late Act V and will use an Act 1 merc to start nightmare with.

The cow level was surprising easy. After poison nova did nothing to the last three waves, it only took about 3 poison novas to kill cows. I found two more white demon heads in cows (4 total for normal difficulty) and imbued one of them, and was rewarded with +3 summon resist and +2 decripify. Now I can summon skeletons with skeleton mastery from my wand and summon resist from my shield, that should help their durability a bunch.

I originally kept bone armor as a forever skill thinking I could synergize a bone skill with it and use that in NM or Hell. For NM I did get bone spear, so I thought it was perfect. Then I looked and realized that bone spear has 4 synergies and with one of them maxed I was looking at only 320 damage. Yikes. I guess we are going with a lower resist-less poison nova. 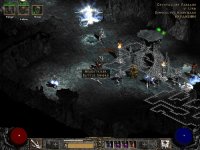 I promptly fired my mercenary and hired Sigemund. Man did I go from /p1 to /p5 with ease.

Now it is just leveling to 75 before I head to Hell to dim vision the game as much as I can and rush to the finish because my summons aren't strong enough and Sigemund does bashy things. 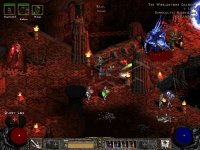 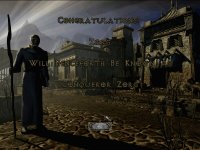 Slowly I have made my way into act 3. Still swinging 2 giant swords. I have now moved from p8 to p1 mainly because I find the jungle so extremely boooooring. I will need to farm Mephisto instead.

queenEm said:
Slowly I have made my way into act 3. Still swinging 2 giant swords. I have now moved from p8 to p1 mainly because I find the jungle so extremely boooooring. I will need to farm Mephisto instead.
Click to expand...

Which is not a bad thing by any mean ;-)

queenEm said:
Slowly I have made my way into act 3. Still swinging 2 giant swords. I have now moved from p8 to p1 mainly because I find the jungle so extremely boooooring. I will need to farm Mephisto instead.
Click to expand...

And that is why single pass is optional


Minor update on Zorg. He is level 72 and has slain Baal. I am slowly leveling him to 75 before I dive to Hell, but his lack of +skills means that only my barbarian is killing 90% of the time and it has went from fun to a snooze fest so I'm gimping him along. Figure I'll hit 75 in a week or two when I get the drive to continue him atm.
Reactions: Grisu and Swamigoon

Dazliare said:
Question on that though - I understand ilvl of gambled items, but not qlvl and how it all works with affixes. Can I get chain boots of luck from gambling at clvl 27?
Click to expand...

I’m a bit late with an answer, but hope it still helps!

For most circumstances, the first formula applies (unless you’re a high level character gambling).

Congrats to the progress of those still running! I actually took Silika out after a massive break and managed to kill her while shaking the rust off.

Shame because she had such a fortuitous roll, but I think that was part of the reason I lost motivation with her in the first place.

Either way, good luck to those still running and thanks @Vang for the great tournament!

My Necromancer is retired officially. I do not have the patience (aka loads of time) to complete him successfully and after reaching the outer cloister by the skin of my teeth I decided that playstyle would end in a deeds, that I was unwilling to accept.

I didn't get much playtime with Gryphon during my quarantine...turns out getting COVID makes you not want to do anything, really. Afterwards, I took him out for a spin every now and then. Made it up to Diablo (at level 26) and bit the dust before Diablo was even at 50%. That's my first normal difficulty HC death in a long while. I guess I'm too used to playing at higher player settings and having more life/hit chance/better gear.

I'll definitely give this another go, this time back to single pass status. I think I'll go for a sorceress this time around, if someone would be kind enough to roll me up. Weapons are fine at the default orb x2 , staff x2. 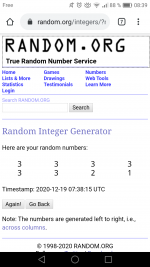 I think I'll go ahead and lock teleport. I'd be at the mercy of random skills in later difficulties when dealing with fire immunes anyway, and being able to quickly get my mercenary out of danger looks like it will be my best bet.

At least normal will be easy.