1. Talk about your role and this game is strictly prohibited outside of the game
thread until it is over (with the exception of designated QT pages).

3. Editing, for any reason will result in a mod kill.

4. Any story given regarding eliminations and kills is for flavor only.

5. Once you're dead, stay that way. Dead people tell no tales, or in this case, dead
people make no posts.

6. Every player gets one elimination vote during the day unless told otherwise in their role
PM. Votes and unvotes need to be bolded . If your unvote isn't bolded, it doesn't count
and please try to put it at the bottom of your post.
Capitalization or proper spelling of one's name is NOT REQUIRED, however, it must be
clear who you are voting for; please try to avoid nicknames.


7A. An elimination requires the majority of players to vote for the same player. that is, half of the remaining number of players + 1 rounded down. A lock occurs when someone with enough votes to be lynched receives another vote, and will be lynched at the end of the day (cannot be unvoted) Since this is a small game, I'm taking the extra step for requiring a lock in order for a lynch to take place. Normally someone may be eliminated with a majority vote at the end of the day even if not locked.

7A (Revised) A majority vote of the total number of players left alive in the game is required for an elimination. One extra vote (in situations where there are enough players causes a lock, meaning that player will be eliminarted and cannot be unvoted. Example: With 7 Alive, 4 votes are needed for an elimination to occur, 5 votes will cause a lock. In a situation where 3 players are alive, 2 votes will cause an elimination, however there will be no lock as there aren't enough left alive to cause a lock to occur. In this situation voting and unvoting may still occur.

7B. The 50 % Rule: The game will be called and end early if, the remaining mafia out number the town, IE, the town can’t get enough votes in to cause an elimination


8. If you have any issues with your role, or any other player, please PM me
in order to find a resolution. Please don’t suicide or do anything rash before
contacting me. Please wait for a response; it might take me a few hours but I will
respond. I'm normally at work during the US workday from 7am - to approx 6PM CST. I have PC access both at home and at work, so aside from IRL, I’m usually reachable.

10. Do not post any information sent to you in a pm by the host. This includes, but is
not limited to, numbers of words/letters/punctuation marks. If you want to claim a
role, don't copy paste the PM I sent you.

12. You will get mod killed if you are inactive (at least 3 contributive posts per day
phase required to be considered "active" ).

13. If you are (temp) banned from the site itself, you will also be mod killed.

14. If you cannot continue playing the game for any reason, PM me beforehand
to find a solution.

15. Read the rules and your role PM once more. Have Fun! Good luck! May the best team
win.

16. Behavior - Please don't take anything said in this thread that may be directed at you as a personal attack, it's the way this game is played. Rivalries (such as the infamous Noodle vs. Bad Ash rivalry) are fine. It's all in the spirit of the game. Don’t be a ****. This is a heated game but below the belt attacks will not be tolerated. Attack the play not the player.

Track Elimination votes, who's alive, who's dead and such here.

With 5 alive it takes 3 votes to eliminate and 4 votes for a lock.

With 3 alive, 2 votes will cause an elimination.

The game will begin with a day phase once I have 5 out of 7 responses. (Game has begun)

Time to end of D1 (expired)

Time left until the start of D2(Expired)

Time left until the end of day 3

We may be spectated by a few friends I know from outside this forum.

5 out of 7 players have now confirmed and the game has started.

It is now Day 1 and you may begin posting.

Noodle and Bad Ash as our two mafia. That sounds like something Silver would do..

D2DC said:
Noodle and Bad Ash as our two mafia. That sounds like something Silver would do..
Click to expand...

Silver Shroud is no more.

Not that anyone would do it, but please do not "like" posts by other players in game, I'd rather avoid another Ewak fiasco.
Reactions: superdave
N

So far, I don't like any of the posts, so it shouldn't be a problem.

Hey, you got in touch with Bad Ash! I thought internet access in prison was tightly controlled, but here we are.
N

Remember when Bad Ash hosted that game where everyone was a bus driver? What sort of twisted, sick mind would even come up with that? :shudders:

Allright, you guys can all voter me now. I forgot to incldue a countdown timer to the end of the current day, so here it is.

Also putting it in the start of day post, above.
N

Would be kind of fun to have a random day ending, like the host rolls a 24 sided die at the beginning of each day to determine how long the day would be, and doesn't tell anyone until it abruptly ends. People scrambling like mad to get their required minimum posts in during the first hour of the day, just in case. Sounds like something that Bad Ash fellow might try, just to mess with people. He's evil like that. One time, out in Schaumberg or maybe Hoffman Estates, I saw him kick a puppy, walk away, then come back and kick it again to make sure it knew it had been kicked.
N

Could have been Skokie. Definitely not Elk Grove Village.
B

I don’t know how to quote post here, but i feel like I’ve been slapped in the face by a Noodle.

D2DC: i like your style. Why the vote on Noodle?
N

Welcome back, buddy. Good to see you again.
B 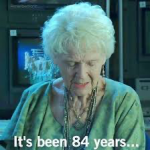 I always try to bus my partner early!

I am disappointed. Based on Gorny's hype in the past, I thought you two would be at each others throats!

If this is the case, I think its pretty safe to say we dont have 2 mafia.. Otherwise, a mislynch, or successful NK would basically be game over, requiring one of the scum to vote against themselves..