For a while I was planning on making a paladin wearing Crown of Ages since I've got one with a good roll and the crown look inspires a royal theme. Emperor would be a dull name so I checked google to see the how different countries used to name their emperors. The German "Kaiser" sounds awesome so I went with that.

Kaiser stood in the character screen for months at level 1 with CoA in his inventory but with no clear vision of the build. A few weeks ago I felt like making a Zealer but didn't want to face the typical restrictions of a physical variation. I can't afford an Auradin. My one and only Griffon's was also just sitting in a stash. Maybe a Tesladin? That can teleport? Maybe make my first ever Exile and see how OP 15% chance to cast Life Tap really is? This would mean I'd remove Kaisers crown before he even got to wear it. Sorry Kaiser... you're not going to wear a crown, you're going to borrow and wear your sister's Diadem.

I've never made a Tesladin but I've also never made a Charger before. I thought this would be a good chance to experience both so I decided to level up Kaiser as a Charger up to level 65 which is when he'd wear Enigma and re-spec into a Tesladin. I did put 5 points into Zeal so I guess he was more of a Charge/Zeal hybrid. I threw all kinds of twinking gear on Kaiser and played at P7.

Here's the look after killing Duriel: 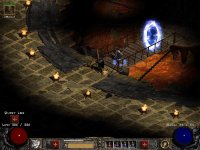 And here's after Travi and holding an Insight made in a Bec-De-Corbin: 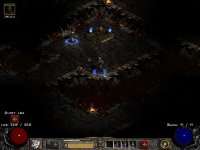 Obviously this totally OP weapon made Charge a blast to use. Leveled up to 45 in Normal and moved on to NM.

Charging through NM was great fun and also wore Treachery for faster Zeal. As an inexperienced Charger I did end up using Zeal quite a lot but whatever, it was a good combo. NM was played at P7.

Nice surprise from AT: 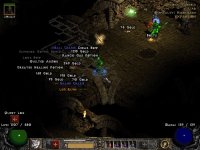 And a really nice surprise later on: 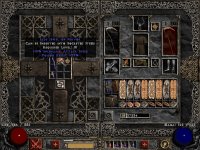 The Nightmare look after upgrading to Insight Tresher and killing Duriel: 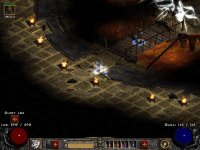 Leveled to 65 just before killing Diablo so after that I re-spec'd into end game build. Annihilated Act 5 and blasted through a few Baal runs with the Tesladin. After reaching 76 and wearing his sisters Diadem Kaiser moved to Hell difficulty.

The skills and stats are at level 87 after the playthrough and items were pretty much the same when starting and finishing Hell. Here's the Hell look: 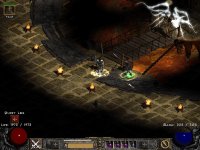 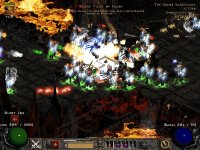 I'm thinking of re-specing and putting more into Salvation and less into Holy Shield because of the diminishing returns of block % and because 10k LCS Zeal would be cool. 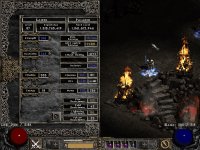 Here's the Exile I made: 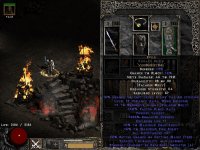 This must've been one of if not the most OP build I've played through Hell. Definitely most OP melee build I've ever made. Played all through Hell on P7 with no deaths and there weren't many things to slow Kaiser down.

The gameplay was engaging since you need to proc Lifetap to be able to face tank. The combination of massive Lightning damage with huge -res, crazy physical damage from Grief, tasty resistances/defence/lifetap from Exile makes for a deadly combo with no glaring weaknesses. 10 frame Teleport feels exceptionally fluid for a melee character and even the 11 frames with main weapons feels decent.

I feel like the only limiting factor is the nature of the skill Zeal which has a pretty obvious glass ceiling in terms of effectiveness. The low % DR can get you in trouble if RNG decides that successive melee hits penetrate your massive defence and hit the rather low life pool. Also the low life sometimes makes for close calls with Witches shooting those orange balls at you. MF could be prioritized through charms without compromising killing speed too much but as with most melee builds in D2 MF is harder to fit in with Zerkers being the exception to the rule.

Despite these minor drawbacks I can definitely recommend this build to anyone who's looking for a melee build that can do some end game grinding with reasonable effectiveness and feeling like a Kaiser while doing it.


Here's the notable items found during playthrough (MAL is from HF, Aldurs are 49% fres, SC is 3 fr/w / 17 mana and the all res/life SC + fire/cold LC were found right after killing Hell Baal): 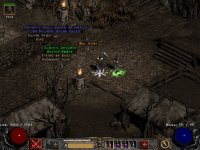 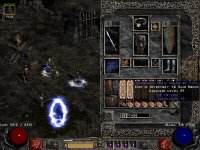 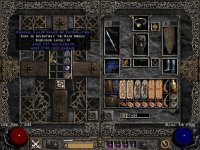 Nice Pat, congrats! I never played a Tesladin without Dreams, but Griffon's + Exile seems seems like a nice alternative.

@ffs Thanks! I really was surprised how nice this build turned out to be.

I experimented with Cresent Moon PB and it performed so well that I ended up re-specing into more lightning damage oriented version of the build: 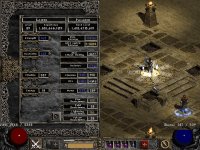 SKILLS (with 6 points to spare):

Cons:
- No mana leech so no filling up mana pool with 1 Zeal in between teleporting
- Less MF (159%)
- Lightning immune Lister will most likely get skipped

So more killing speed while sacrificing a little bit of utility. I do like this setup better and I think I can do a P7 wave/ P3 Baal run in under 4 minutes with this setup and the new 15 teleports to throne room -map.
Last edited: Oct 19, 2020
Reactions: SirName

Awesome Pat, and some really great shots in there too. Well done.

Nice character and nice writeup! Enjoyed it a lot.

So far I've managed to do p7 wave / p3 Baal run in 3 minutes 29 seconds. That's definitely a personal best for me with a melee build. Maybe with a lucky empty Throne Room and some early Static Fields and merc's Crushing Blows on Baal even under 3 minutes

? Ok that may be a bit optimistic but hey... you gotta have goals in life, right?
Reactions: Vang, Pb_pal and Luhkoh

J-Dog said:
I experimented with Cresent Moon PB and it performed so well that I ended up re-specing into more lightning damage oriented version of the build:
Click to expand...

Congrats, and I agree about how nice that CS action shot is. I can also second the Crescent Moon based Tesladin. Really quite powerful and fun, and with life tap available from Exile, it provides good life leech. It makes sense mana management is a challenge with Enigma/Teleport -- mine didn't have that issue!
N

That one point in Redemption, in my experience at least, is incredibly useful. Nice write up, nice character.

@PhineasB @Noodle Thanks! It's been a few years since the last time I played a paladin. They have some nice 1 point wonders for sure. Redemption and Cleansing are just juicy. Even though I did end up putting the rest of the points into Holy Shield with the Cresent Moon setup as well it did work out just fine before with 1 invested point reaching level 11 on switch. Now it'll be level 20 on switch once Kaiser reaches level 93.
Reactions: PhineasB
You must log in or register to reply here.
Share:
Facebook Twitter Reddit Pinterest Tumblr WhatsApp Email Share Link
Remove ads & support the site - Get PurePremium
Top Bottom