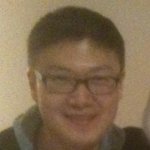 Peter Hu, who worked on Diablo 2, Hellgate London, Torchlight and Marvel Heroes, has been answering questions.

We first met Peter when he was at Blizzard North as a programmer and he was our main guide when we were there testing the original Diablo 2 Beta. He's been in the world of game development for many years.

Since leaving Blizzard, Flagship Studios, and Gazillion, he's been working on his new venture Rhino Games which was established in 2016 and who are based in San Francisco. Rhino's current project is the CCG Mythgard which is available on Steam, iOS and Android.

Today Peter shared some of his experiences working in the industry and his work on ARPGs including Diablo 2. There were quite a few questions asked in the AMA but here are most of the choice questions and answers from the session.

I had such high hopes that Hellgate London would have succeeded.

superdave said:
I had such high hopes that Hellgate London would have succeeded.
Click to expand...

Same. Purchased it on day one and hoped it would get some real improvements

Rush said:
Same. Purchased it on day one and hoped it would get some real improvements
Click to expand...

People aren't thanking him enough for Diablo II's mod support. He was always passionate about that and I think a driving force behind what unofficial support it did get. As far as I know, they just kind of quitely added it to not need to support it, but features to make life easier for modders were clearly there, like using Notepad moddable text files simply tossed into a folder.

Yes, I also played HGL and was a mod over at one of the communities back then. Back when I had... Time... Haha! So many stars didn't align their way. I think they needed better management, someone that had talked them into "Look, now you're this small studio and need to think small before you think big".

But I think parts were also out of their control. Windows Vista had just been released and I remember things were pretty terrible for gamers in general. HGL wasn't the only game with driver problems for me; I also played/tested Guild Wars at the time and Windows occasionally had to auto-restart the crashed graphics driver. Hey, neat feature! Auto-restarting drivers without a BSOD! It sure needed it... Instability came from the new (backwards incompatible) driver model in the OS and it was as if driver devs never got an advance notice despite the beta period... I have memories of using beta drivers from NVIDIA to improve performance in the immature HGL game; perfect combo there!

What surprises me is the few attempts of making HGL once more. The idea of Diablo in 3D was great and I don't think it's explored well enough.