ioupain said:
See you all next week!
Click to expand...

Oops, @Babyhell pretty sure you said you were busy this weekend. I logged in for a bit just in case because I couldn't quite remember.

See you next week instead

Yes, we are celebrating my gf's bday at her parents' house tomorrow, so I'm off as we are already there
See you next Saturday ;-)
Reactions: ioupain


Progress:
After a 2 week break, we made Patriarch!

We started off in the Ancient's Way and we quickly made our way to the summit. The Ancient's fight started off pretty good, we managed to take down Madawc and Korlic. However, Talic proved to be troublesome, he was Fire Immune and Stone Skin - basically immune to our entire party except for a little damage from the mercenaries and incidental elemental damage as well as Venom on Treachery. It took us several minutes of ganging up on Talic to bring him down. @Babyhell was doing a great job of tanking while I used Volcano (futile effort you might say). Talic was tough and got Boots down to a single pot, luckily Sunspot had some spare to help take us over the line.

WSK was mostly fine, but Throne had some really nasty packs and Boots' merc died. We regrouped and cleared the area and @Babyhell found a Boneshade Lich Wand (1/2/3/4/5 roll )

Lister and some of his pack had to be parked as he had Fanaticism and was fire immune - not a nice combo.

Then came the Hell Baal fight. Baal kept killing all Sunspot's minions and Boots' merc. We had to very slowly whittle him down (as well as several clones). In the end, he dropped nothing of note.

Sunspot was a pseudo-guardian, but only because Boots tanked all the dangerous enemies, without Boots, he would have been a 'Bloodspot' on the floor many times 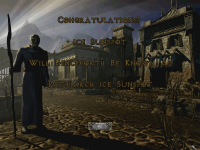 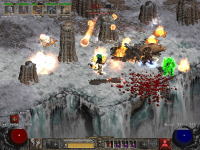 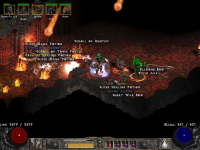 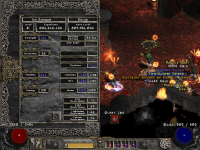 That brings us to the end of this iteration!

It was really fun playing with you guys, was a good distraction during the pandemic. Depending on how things pan out with the new release of DII:R and lockdown restrictions changing, I may or may not start a new iteration in the new ladder.

If you're interested in playing, do let me know. If there are enough people and I can make the times work, then I'll probably play again in early June when the ladder resets. 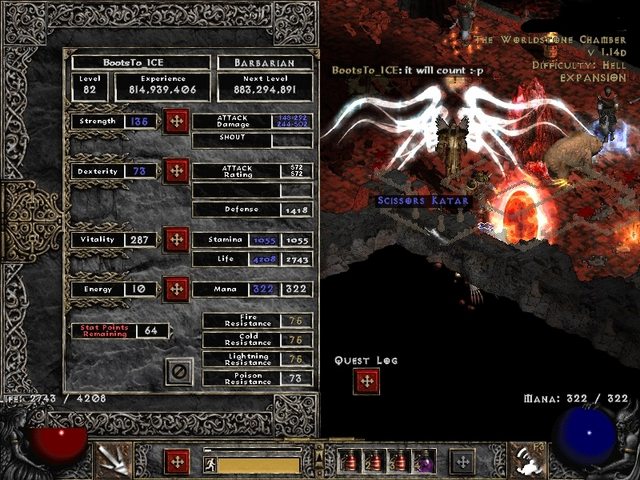 Thanks for the journey to all the runners @Vildecor @intersilva @ioupain, even if we ended two, we started a bit more. It was still a lot of fun.

Finding the Verdungo and the Boneshade during the questing sessions were nice moments.

Looking forward upcoming sessions, if/when I have the time I'll definitely join another one!