Here's the Sorceress of my Guardian Sept: Ballsy! 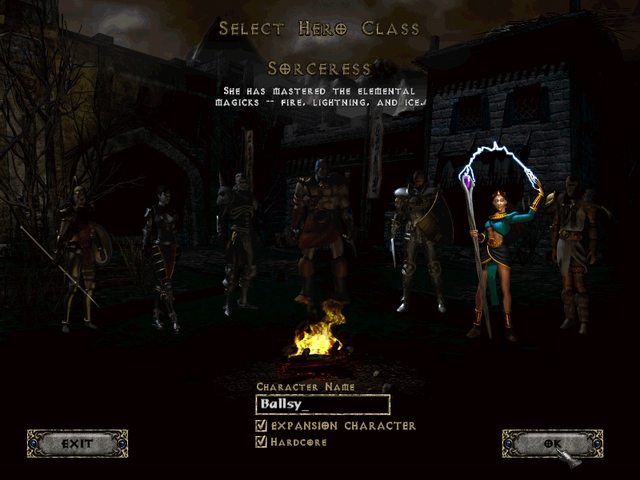 The final build and gearing

Early stages... before a big sleep!
April 2020
Career started on the 29th... only cleared the Den for now, not even took the time to get the Cold plains' waypoint

Two skillpoints in Warmth, the remaining ones in Fire bolt, and stat points in Strength to get 30. Using Arctic armor and belt for now, will twink a bit more later.

Beside, crafted her a pair of Spirit broad swords, trying to get the highest fcr...will be capped at 33 out of 5 tries - not bad, and enough to target the 63 fcr breakpoint.

Well not much to say, twinked with knell striker, a low Nagel but 70AR, a 10fcr ring rare with some AR and poison resistance iirc, Hsarus boots for early FRW, and the always much efficient Bloodfists.

For later, Whistan's shield is now ready thanks to one of AlreadyDead's quest

Normal clear, Act 1 NM complete. TP TP TP TP TP...
August 2021
Decided to run her a bit before MFO, and got her to Nightmare. She went through normal fireballing on p5, then leveling in Act 5 up to 50 doing Baal runs on p8.

Afterwards, she jumped into Nightmare, and as there's no xp to be done early, she flew over Act 1, not even rescuing Cain nor picking waypoints, except for the Catacombs 2 as she went directly into it.

Session had been stopped there, so she has just arrived at Lut Golhein.

Gearwise, she is mostly following Zorro's path, except for the jewelry. If she had a 35 spirit, she would hit the 105fcr cap, but as the target is having a max block build, there's no need to push over the 33 spirit - yet?

Switched to P3 from Sanctuary waypoint and on, so the xp could be taken and get Frozen orb to high enough for Act 4.

Everything had been smooth, teleporting had been particularly useful in Act 5 to jump over massive packs at some point, but apart from that no real difficulty.

Ended #Conqueror at clvl 61, Hell unlocked. Will probably level up to 75 before facing the last difficulty tho.

After leveling in Nightmare until clvl 73, Hell questing had been started on p1. Session ended at clvl 74, granted by Radament or one of the many monsters or packs surrounding him.

Oh, and Cain had been rescued this time. Free id is back

Update 3 - a TP session up to Eldritch

Well on p1, she teleported through almost everything...mandatory quests, some packs, but that's it. Some charms have been updated to get max res to Fire before Act 3, and some strength added in order to use new boots - ethereal treks - same gear otherwise. 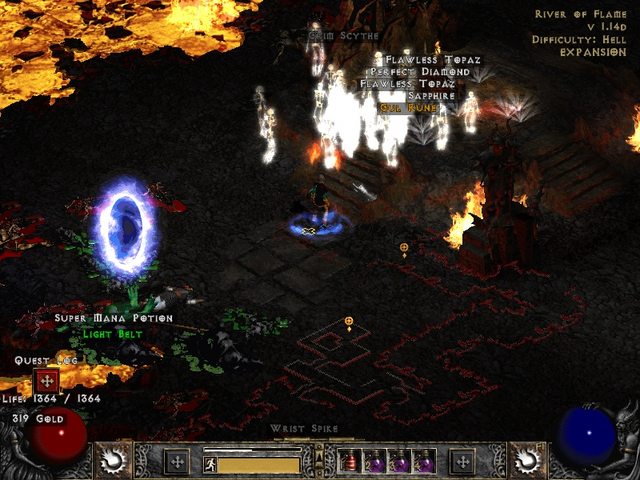 Definitely, the Fireball/Frozen orb combo works very well with the mandatory one point in Static field.

She may be my lowest clvl Guardian, a she's only clvl 75, lower than any of my character... which had been my Phoenix Strikeress at clvl 82, my last Matriarch. It seems that I am in a hurry lately... incoming MFO side effect?

Well Act 5 had been again rushed, Anya rescued, then zap zap zap towards Baal, as illustrated by the 0 xp gained between the Ancient's and the Throne entrance.

Initial build and gearing, with what was available and what was not.


The build and gearing

With a block build (i.e. no Spirit shield), 105FCR breakpoint will be harder to get.

I bet it will be 63FCR breakpoint then, using Spirit sword and Vipermagi, with a good blocking shield - either upped Visceratuant (got a non-upped) and Whistan's. Probably the latter with a pdiamond socketed.
Last edited: Aug 27, 2021

Good point. I also would probably choose the blocking and resists of gemmed Whitstans over the +1 skill on Visceratuant.
Reactions: Babyhell

Update on the build and gearing section.

As it stands, will be limited to 63FCR, using Spirit 33 and Vipermagi. It frees the gloves' slot so Bloodfists can be kept and bring their 30FHR. So here's a new status.

The build and gearing

New status after some trade and socketing idea on all res jewel in Vipermagi - so that clvl req is kept at 29. One last available socket: the Shako's one. Maybe another res jewel/an Um?

The build and gearing 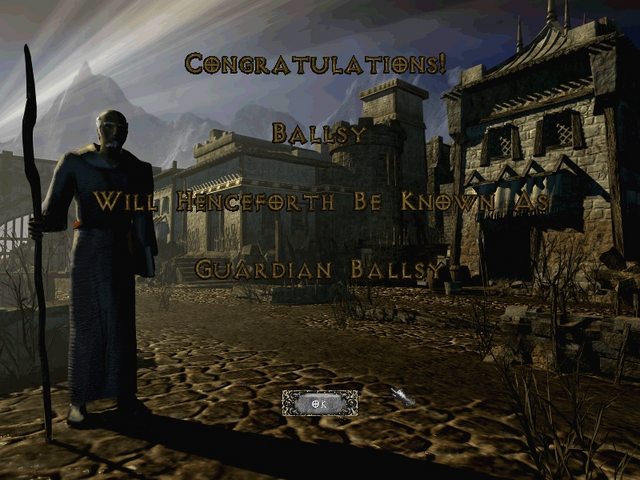 Congrats . Guardians are always a good effort. The max block from Whitsan's is great. I had used it on a max block CL/Orb dedicated 1.10 Countess runner in in SC back in time. It saved me more often than not against those pesky archers that can spawn in the Tower. I always like the versatility of the dual tree builds. Hopefully she can bring in some more orange, and gold in the future.
Reactions: Babyhell

Congratulations on the guardian! Some interesting item choices! Did you feel that going block route made jour journey safer? I am always afraid of block locks with my sorceresses... Esp. Against archers.
Reactions: Babyhell

Grisu said:
Congratulations on the guardian! Some interesting item choices! Did you feel that going block route made jour journey safer? I am always afraid of block locks with my sorceresses... Esp. Against archers.
Click to expand...

Well... to be honest, with that much of twinking I barely noticed NM and Hell... tougher part had been Hell Ancient's, as two of them popped Cursed, so I had to handle it without merc.