Blizzard Diablo 4 will "advance the art of the action-RPG genre", says Blizzard 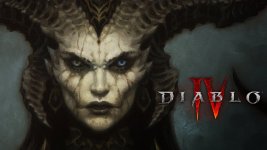 Today was the latest Activision Blizzard financial results and there are some Diablo bits and pieces to digest.

First of all, Blizzard says that the Diablo 2 Resurrected Alpha test last month saw positive feedback, and "online viewership of the alpha test was the highest ever for a Blizzard game test".

Diablo Immortal, which is currently in its second phase of testing, is still on track for release this year.

On Diablo 4, they say that development is progressing very well with a "significant expanded team". They also mention they plan on releasing "robust" in-game content to the community.

With three upcoming releases for Diablo they are looking to expand the audience. With D2R they are bringing the classic to new fans and fans that want to revisit the game according to Brack. Brack says it's a "landmark game" in Blizzard's history.

He was also confident enough to say that they feel that Diablo 4 will, "advance the art of the action-RPG genre".

A full transcript of the call can be found over at Seeking Alpha but we've pretty much covered all they have to say about Diablo in this post.
Last edited: May 5, 2021
Click to expand...