You are using an out of date browser. It may not display this or other websites correctly.
You should upgrade or use an alternative browser.
Blizzard has released the patch notes for Diablo 3 Patch 2.7.0 which will shortly be going into testing on the PTR. 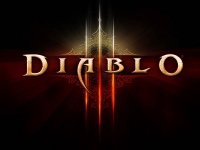 We’ll be conducting the Patch 2.7.0 PTR, and phasing in content updates over the course of two weeks, starting Thursday, February 25. During this time there may be periodic maintenances, outages, hotfixes, or minor patches.

Below you will find the patch notes for the upcoming update for Diablo III, Patch 2.7.0.

Note: All changes apply to all versions of Diablo III, including PS4, Xbox One, Switch, and PC unless otherwise indicated.

Follower System Revamp: The Follower system for Diablo III has been revamped and will be made permanently available for Seasonal and Non-Seasonal play! Players can now equip Followers with a total of 14 different item slots which include the Follower Relic Item, Helm, Shoulders, Chest, Gloves, Bracers, Belt, 2 Rings, Neck, Pants, Boots, main-hand weapon, and off-hand. We're introducing a new Follower feature into Diablo III called Emanate, which allows the player to gain the intended effect of certain Legendary Powers and Set Bonuses when equipped on the hired Follower. The current list of items with Emanate capabilities are the following:

Follower Skills Revamp: Follower skills have been reworked to showcase new and updated skills. Check out the skills change list below:

Developer's Note: By reworking and adding Follower skills, expanding the Follower’s equipment set, and introducing Emanate, we believe Followers will be more meaningful and provide greater utility to the single-player experience.

Developer's Note: In their current form, the Solo Leaderboards are great at showcasing the strongest builds for each class but tend to only highlight a small percentage of the wide variety of builds that players have available to them. We want to empower the community to play their favorite set and be represented on the leaderboard.

Season Rewards: Two unique new rewards, a portrait frame, and a pet will be granted to players who complete the Season 23 Guardian Journey. Please note that the reward content will not be available during PTR 2.7.0.

Developer's Note: We recognize that the Bones of Rathma set plays similarly to other Necromancer builds. Our goal is to preserve the fantasy of the set while maintaining diversity among the Necromancer sets.

Developer's Note: Firebird’s Finery is due for a rebirth. We have overhauled the set to breathe new life into it while still allowing the player to incinerate the forces of Hell.

Developer's Note: We toned down the number of pierces Hungering Arrow can perform while Gears of Dreadlands is equipped to address concerns when interacting with Missile Dampening.

Developer's Note: Mundunugu’s Regalia is overperforming compared to other sets. This change to Gazing Demise should simplify the gameplay mechanic while reducing its damage output.

Will this be the last?

Good question. It goes back to the question on whether D3 is going to go into hibernation during D2R.

I'll say I was surprised, considering I made the post a couple days ago and this would have been a Blizzcon worthy announcement. I do hope they expand and all players or a duo mechanic for players to both have one.

Really cool and gives me some hope this game might be redeemed.

Remarkable patch for how deep into maintenance it is! I'm also a little surprised they didn't mention it for Blizzcon, yet have it be almost in sync with it. I'm also surprised over the area of focus. Hirelings! I didn't hear many ask for this. But it's such a nice breath of fresh air after all the item set attention.

The comment by @superdave reminds me of Patch 1.10 which was a big, final one other than the server-only Pandemonium Event in Patch 1.11, and various other minor things to somewhat help extend the life of Diablo 2. So maybe it is a final bang. Or maybe it is renewed efforts as they realize Diablo IV is still so far ahead? Regardless reason, it is almost jarring to see this happen to Diablo 3. It's been so long since actual core systems changed in a way that mattered that I almost forgot it was still malleable...
Last edited: Monday at 3:56 PM

Gave it a go this evening but either it's something on my end or the PTR was pretty unstable here. After two disconnects from the server within an hour or two I'll taking a break for now. But the hireling update feels so good and one of those things that is only annoying because they should have been there all along.
Reactions: Vang and superdave
You must log in or register to reply here.
Share:
Facebook Twitter Reddit Pinterest Tumblr WhatsApp Email Share Link
Remove ads & support the site - Get PurePremium
Top Bottom