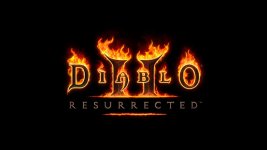 A leak from Reddit user PracticalBrush, who correctly leaked the Diablo 4 information prior to BlizzCon, is suggesting a release date for the Diablo 2 Resurrected beta.

We know there is at least one more test to go and the date that's been leaked is 23 September. What's interesting about the leak is that pre-orders may be tied to beta access despite Blizzard previously stating they wouldn't.

That date would make sense as it would allow Blizzard time to fix any issues prior to a launch in November/December which would be on schedule.

Perhaps following the success of the Alpha test, Blizzard has changed their mind on pre-order beta slots and are looking to get as many people into the multiplayer beta test as possible. This would at least allow them to test the D2R servers under load and avoid a problematic launch. We certainly don't want a repeat of the Diablo 3 launch.

All we need now is to wait for more news from Blizzard on this. Remember folks, this is a leak/rumour and not set in stone.

Has there been a new launch in the past 10 years that wasn't a shiatshow?

Well, not D3, that's for sure
Reactions: superdave

A ton of games launch well, and as long as players can predownload I'm pretty sure only Battle.net might have issues, us SPF folk got nothing to worry about.

The PC version of Cyberpunk actually wasn't too bad. Not exactly perfect, and it certainly had it's share of bugs, but not a total disaster. The console version, yeah, that was just a complete meltdown. Actually it may have even been so bad that the PC launch just looked good by comparison.

Outer Wilds I think did alright. I also don't recall hearing anything about The Outer Worlds having launch issues, but I wasn't paying that close of attention to it at the time so maybe there was and I just didn't see it. Subnautica: Below Zero went off without a hitch. Those are the ones I can think of off the top of my head.