A new SC baby especially made for the RFL tournament cow round: LightningRiderS (name too long to be correctly spelled), a classical amazon who will be the official butcher of the family. 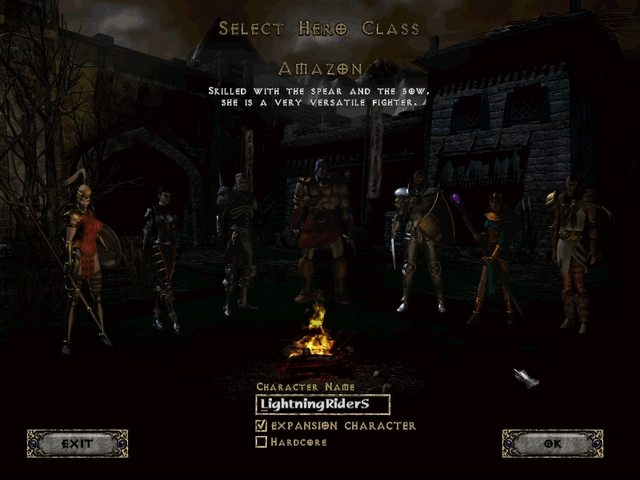 Self gearing and weaponry
She started wearing Sigon's set and a bunch of strength charms, alongside with gambled javelins. Afterwards, this rare eth war javelin had been equipped, found by Tournamenteress at some point. Very efficient for leveling!
Gambled: 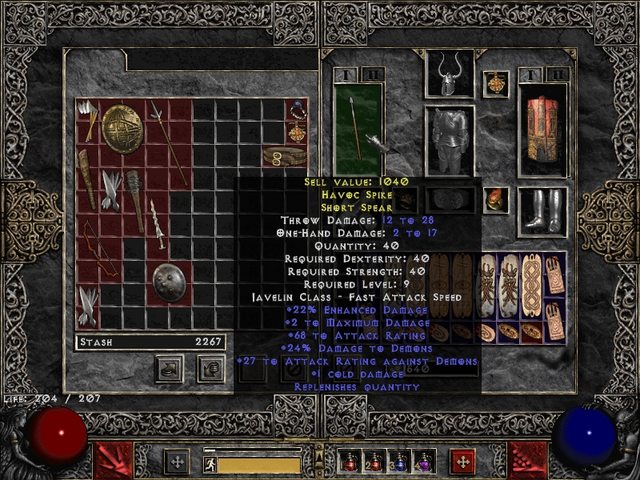 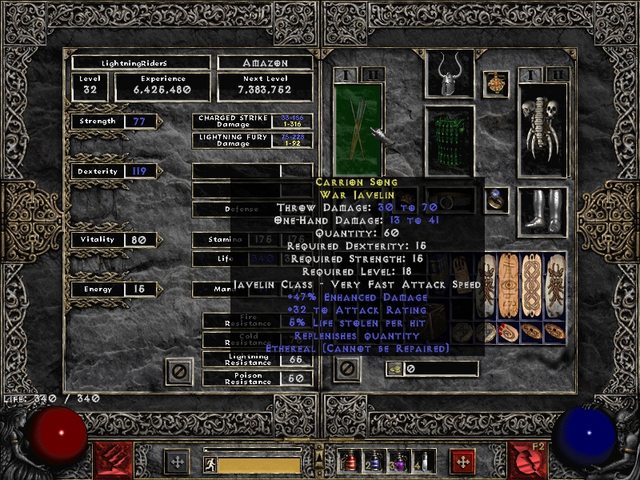 Titan's were available for later, alongside with a Razortail belt, so damage was here since end of Normal leveling.

No Griffon's for top gear, still to be found!

Now will be given her leveling story - close to standard I would say. If you prefer, jump to questing build/stats or jump to RFL 2020 Cows' round results and details

Questing, milestones and drops
Mephisto beaten at lvl 28, and is always a good guy... Twitchtroe will be equipped after arrival at Harrogath, and Insight could be equipped by merc thanks to the crafted 20 dexterity mask i use for leveling. 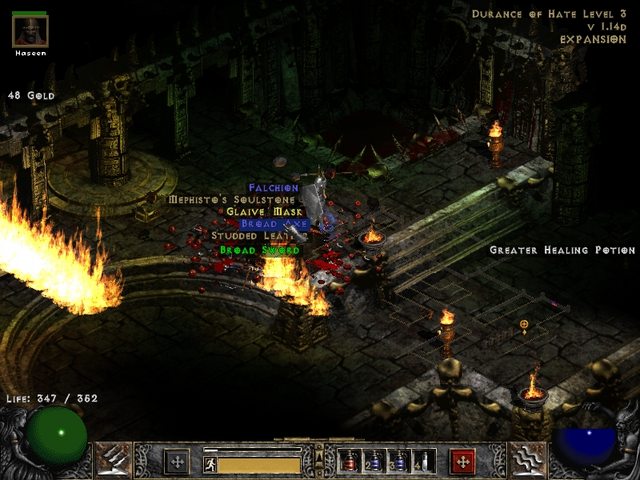 Diablo defeat brought lvl 32, and equipment had been updated: Mephisto's Twitchtroe, Rhyme and Razortail, Etlich for skill point and LL, a rare ring for more LL and AR, and a allres gc 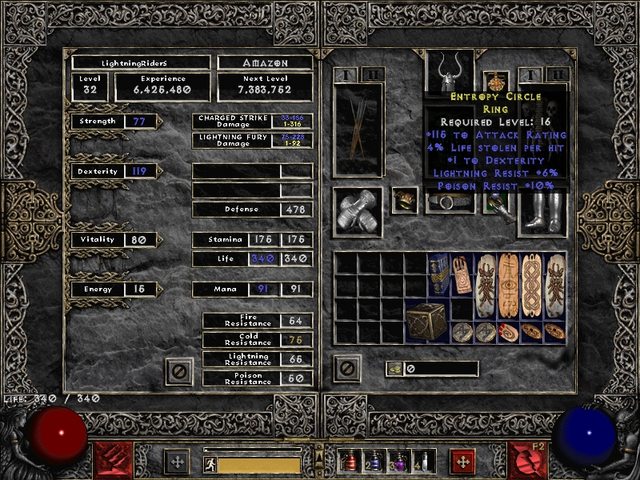 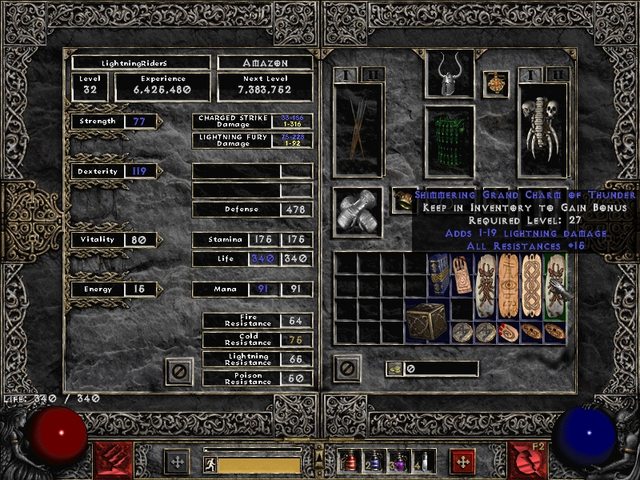 Next milestone had been lvl 42, getting 3 java skillers and titan's. From there leveling to 67 in Normal was really fast, and took the road to Nightmare using a 21 allres Mara's.

March to Matriarch
Completed Nightmare at lvl 74, and entered Hell at lvl 79 - overleveling at Baal makes upper modes so much easier to run through.

There had been a nice and not really needed upgrade at the very start of Act 1: 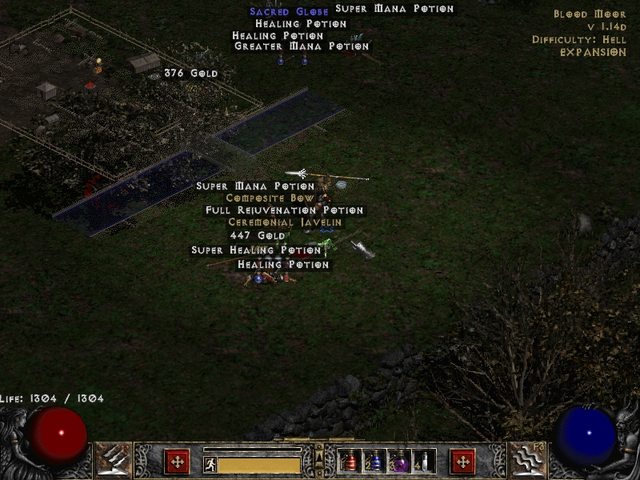 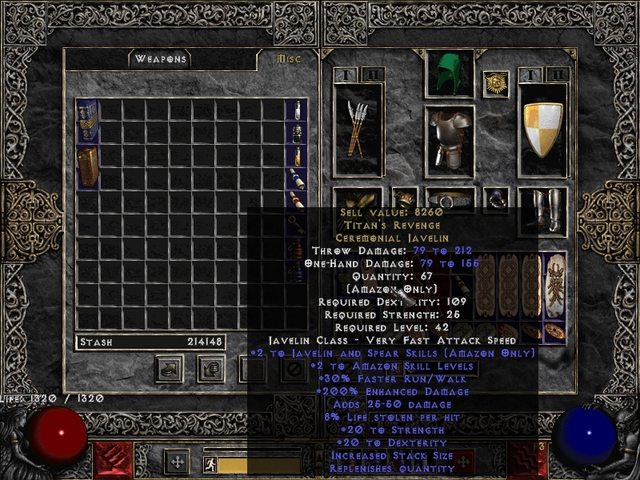 Afterwards, everything was smooth thanks to Plague/LF combo, even if Act 3 had been more a run through and pick questing items due to multiple poison or lightning immunes...

After a last noticeable drop on the path to Diablo: 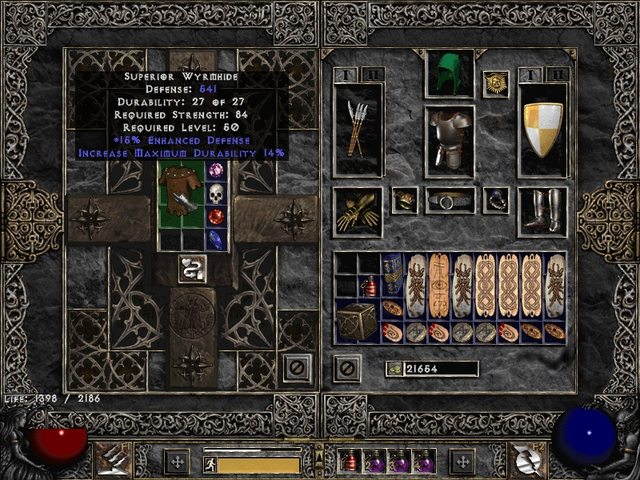 LightningRiderS went to Baal and ripped him off as any CS zon can do, becoming a Matriarch at lvl 85.

MOOOOOOOO!!!
She was ready for RFL round 1 2020, and ended her set at lvl 90. She found some rocks, that will be disclosed here when round results will be published - and so this Matriarch thread will be complete.

Details on cow running stuff and stats to be added. Thanks for reading!
Last edited: Sep 8, 2020

RFL 2020 - Round 1​
Non-qualifiers
First set non-qualifiers haulpic Items were chosen for balance on the pic, i found it quite nice that way 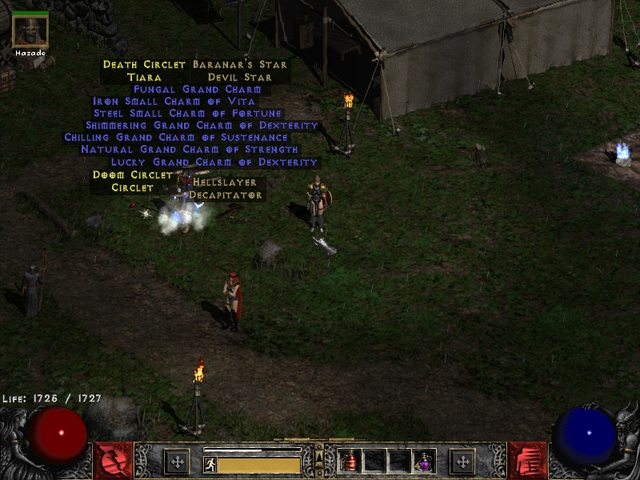 Death and Doom are pretty nice ones, Death being a failed unique! 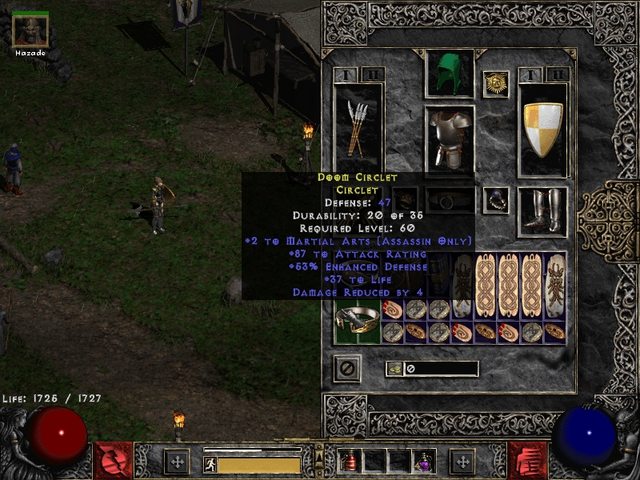 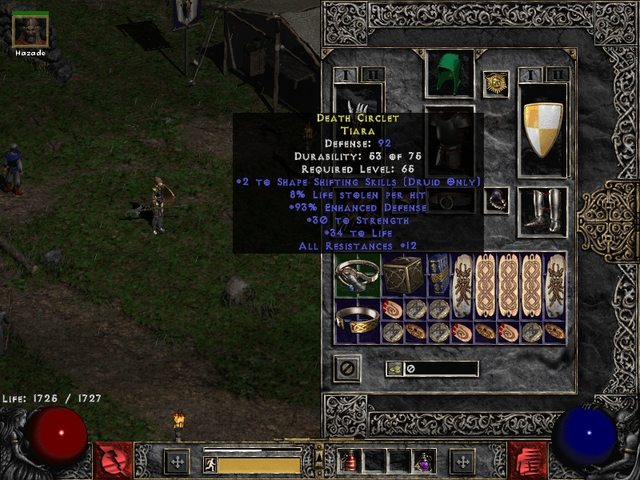 Leveling
Brought her to lvl 90.5, starting from 85.something, almost everything on p7, so i can be pretty happy with it too.

Qualifiers
Regarding qualifiers, i topped at... 5. The remaining valuable runes were Lems, so it's a somehow good pick as i hoped less in efficiency.