Intro
I never made a PitZerker in my career, so as this year 2020 is somehow about new stuff, I started to build one after my second OBP's batch, by the end of January 2020.

Resources
I will follow the really complete Grishknakh mf zerkerguide as main resource, and also Fabian's one. Also, I may use Luhkoh's simulator for fine tuning.

Magic Find situation
Current MF total
Notes: TP scrolls are in belt just in case, after a judicious statement by @Gripphon.
Using two Ist'ed weapon on TP switch: a suicidal branch and a Wizardspike.
To be targeted: 739/619 via SC upgrades and/or leveling (Enigma).

TP/Find item switch
Currently using Ist'ed Suicide branch and Wizardspike. Could try with a second suicide branch when mana issues could be addressed.

Inventory
Regarding inventory, the 40 spaces shall be used as follows:
- 4 for cube
- 3 for 40MF Gheed's
- the remaining ones as mf with either ar/damage/res scs

Decided to try with damage oriented skilling, and only 50% hork on switch. Guess i'll need a respec (one Meph essence short) to max Find item...

Barbarian level 97 needs 11932 attack rating to have 95% chance to hit against everything but Stone Skin bosses.
Click to expand...

Comfort and playstyle
Here's a section about HP and mana.

Why this section under Killing speed efficiency? Because it has been heavily discussed in resource references and more, there's a balance between aggressiveness and safety when it comes to self efficiency. You may be less experimented with Zerkers (my case for sure), play with more safety because it is in your habits (or because you are the crazy guy doing such build in HC!), or simply want to maintain big runs sessions without muling in/picking purples each run, that's up to your playstyle.

My situation
For me, as I restarted to play in HC, I am currently focused on having full belt of full rejuvs, so I pick as soon as I use one - and even sometimes I use one when I find one. I am playing with much safety, so I'd like also to have a nice health pool. Based upon @Gripphon and @Luhkoh's feelings at least - from what I recall - 2600hp is a target, so I targeted it.

Regarding mana, I haven't played much with options here. @Gripphon weighted that, with the fact that he needed at least 600 mana for comfortable TP/horking on switch. Well as a learner, I decided to apply this.

For full details in how to prepare/calculate HP and mana based upon level, gear, BO, etc, check the dedicated post here.

Current stats at clvl 94
After BO:

Current gear - details and dumps
My main issue is around the amulet I guess - good mods, low stats.

Either I go crafting to find a 2 barb/any FCR/something, or switch to Highlord's Wrath/FCR combo - I have some FCR/AR rings, but nothing exceptional, i'll add dumps later, and swap LoH for 39 Chancies to compensate.

Love all the details and formatting! XD

Everybody else on the forums needs to step up their game!
Reactions: Babyhell

#SadButTrue no more socket quest in SC... either I bring a socketed Suicide Branch from HC, or I build a new SC char just for that second switch weapon xD

@D2DC there are so many information in this community that it would be messy not to try to have something at least with some details...I am starting with this one as the theorycrafting available is really deep, hopefully I'll be able to make something comparable for next characters ;-) for now, it helps me to create my own template for dedicated threads, where I am more around story/diary/journey pattern usually, here I discover something else
Last edited: May 5, 2020

HP and Mana computation
This is subsection from Comfort and playstyle section of the first post.
How to
First thing is to know how to calculate this at a given level, and take into account charms, gear, and BO.

Health
Simplified, the formula is as follows:
Base life + Additional base life + Increased life + Other life sources = Hit Points

Base life
As a consequence, with all quests done, and somehow optimized strength

Additional base life
Second, I don't have additional base life source, and as I wasn't sure about handling the character properly, I took the worst case scenario, i.e. no life from charm - this way, I can trade mf for life easily if I feel so.

Other life sources
Other sources of life and vitality are Shako and War Travellers, bringing 138 life and 12 vitality, so 48 life. Total 186 life here.

Increasing life: calculating BO level needed
For my around 2600hp, what level of BO do I need - and therefore how many hard points will I put in. For sure, optimized value is at 1, and 1 in Battle commands, but you deal with your own situation don't you?

I have 5% from Enigma, additive, so I subtract it, giving 82% required from BO.

Rich (BB code):
So the landing spot is between lvl 16 and 17. Let's take 16, i'll get some level later anyway, so it will compensate that little difference in the end, I just don't want to be too far to avoid to be in pain until lvl 96 doing p1 pit runs -_-.

Now check +skills available:
Total in my case: +6. Yes, I forgot the point in Battle Commands (useful because it boosts your BO, but also all your other skills, including Berserker for example).

Projection
Targeting the same life pool and putting all points in Vitality, at clvl 96, required BO lvl will be down to 12. With dual SB and a +2 amulet, it would then require 3 points in BO+ 1 point in BC.

Mana
Simplified, the formula is as follows:
Base mana + Additional base mana + Increased mana + Other mana sources = Mana Points

Base mana
No point put in energy, so it's still at initial 10 for mana. Including +1 per level gained, It puts base mana at 102.

So that's it for the increasable mana, 185 - let's calculate increase later in a dedicated subsection.

Other mana sources
Other sources of mana and energy is Shako and Wizardspike, bringing 139+186 mana and 2 energy, so 327 mana total.

Increasing mana: calculating BO level needed
For my around 600mana, what level of BO do I need - and therefore how many hard points should I put in.

As seen previously in Battle Orders tables for life (bonus is the same for life, mana and stamina):

Rich (BB code):
Mana needs are largely covered by life requirements, so we are at BO 16.

Projection
Targeting the same mana pool, at clvl 96, required BO lvl will be down to ?. With dual SB and a +2 amulet, it would then require ? points in BO+ 1 point in BC.

But Wizardspike is a huge mana bringer: before switching, mana pool has to be redefined!

Basically, +1 BO brings +3% increased life and mana. So in order to keep at least 600 mana, considering the loss of mana (186 at lvl 93) and increase mana ratio (loss of 5% using Suicide Branch), we need to find ?(old was 70 at clvl 92) more increasable mana, from charms, jewelry, whatever. Good to know!

Second point would be to make the calculation considering an optimization of skill points, as projected in Health section. Kept for later, I will not be an easy task without huge mana workaround!

Mana AND life option: Trang-Oul Girth (25-50 increasable mana, 66 increasable life). Replaces Goldwrap, IAS has to be replaced. Best option seems to be Highlord's Wrath and get back Chancies to compensate MF, therefore finding a FCR ring ideally with some MF and AR to compensate Nagelring loss. Thanks to CBF mod on belt, Ist'ed Shako is great option too!

Mana option: Tal rasha's belt! 30 increasable mana, 15MF. Replaces Goldwrap, IAS has to be replaced. Best option seems to be Highlord's Wrath and get back Chancies to compensate MF, therefore finding a FCR ring ideally with some AR to compensate Nagelring loss. At this point, MF on ring is bonus!
Last edited: Oct 27, 2020

After few tweaks and Ist-socketing of the Wizardspike, MF ranges are now 712/592.

Will now target 715/595 for a new breakpoint on hork switch, thanks to useful new charms and/or better WT (even if 48MF is already a nice pair).

At some point leveling would help too as it boosts Enigma's MF, and being clvl 93 makes clvl 94/95 attainable in a reasonable amount of time - I just have to run Mephisto a bit for some essences to level as WW instead of zerker.

Also, a caster crafted or FCR barbarian amulet with +2 skills and MF higher than 8 would help too. Maybe I'll have a crafting session after the MF/RF tournament. Or try to trade for one...but it must be costly with the right mods!
Reactions: Kinkara

If trade compatible, I do have a +2skills/7fcr/24mf ammy that I have no use for. It's yours if you want.

The trouble is you said you are looking for Tyrael’s in the title. The only way to find Tyrael’s is not to look for it.

maxicek said:
The trouble is you said you are looking for Tyrael’s in the title. The only way to find Tyrael’s is not to look for it. 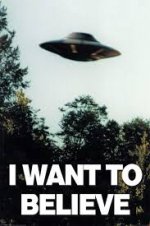 May bring back some more HC ones too if I feel so, to be handled later.

Code:
So since last update, it is
In the end, it is mainly a sacrifice in def (-34, who cares) and in AR (-17, it costs) for some more mana (+32 BOable mana which is great). Resistances are getting better overall, LRes being held only by Allres... could be something to address.

The plain one has vanished, but it doesn't matter much as it is an increase of +5 in MF anyway.

Well, I will consider that I need some more AR (Steel/Fine scs) to compensate (taking place of the def and poison ones, but they must be xx/7 then - the 30+/5 will be hard to replace). Breakpoints to be checked before trying to get better ones!
Note: replacing 5- but allres one by 7 would give a total of 212MF out of a maximum of 231. Pretty.

2 more MF. But those are significant!

Also traded for a 18AR/7MF sc, which one replace a 19def/7MF one. Well it doesn't change the MF, but well if i feel so, I have options.

Last status with last trades - end of January/February had been awesome, with lots of scs and a 50MF War Traveler traded.

Also, mana isn't that useful of a stat before using double Suicide branch, so they can be replaced easily.

Code:
Well, I haven't planned a lot of running with this guy, but I may have to...

And find a pair of perfect AR Nagelrings to push towards perfection!
Last edited: Feb 11, 2021

Due to MFO 2021, ZerkAndDestroy got back in the game seriously, and therefore will need a better setting for next sessions.

For now, he is clvl 94, and got some heavy points in BO, which could take place in Find Item to optimize horking.

With Find Item maxed, it brings it up to lvl 27 and 54% hork.
Add another Suicide branch and a point in Battle Commands, it unlocks 55% hork.

Clearly 56 is clearly out of reach apart from very specific gearing and serious sacrifice.

Status for Balancing the Finds tournament: 748/628.