@Luhkoh Sorc
Indrek has given me some great resources for the push to Hell
Reactions: Luhkoh 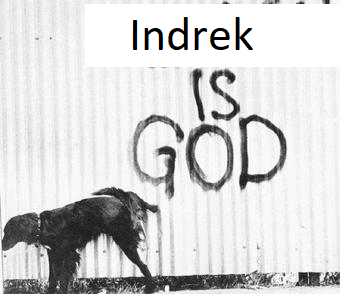 Loved watching his recent px WR. I honestly don't understand why playersx isnt the only speedrun psetting category, but whatever haha.

Great stuff. I do think hdin can give a run for her money if he gets some luck on mephy and LK, but tough to argue against sorc. She's the bomb. Can't wait to see it progress!
Reactions: Jpy

@Luhkoh to be fair, PX has come a long way more recently and I don’t think it was originally believed it was faster. Probably just stubbornness at this point lol.

In a perfect world, I feel like Sorc should be faster as I don’t think Hdin does any part of the run particularly faster. I’m not too sure but I think Sorc is also better if you’re starting in classic, which can equate to some 5+ hours saved from NM Ancients.
Reactions: Luhkoh

@Jpy i dont think anyone thought p1 was faster ever. I think its just people thinking it should be like bnet, which doesn't make sense to me. Already too many categories imo and its a speedrun, so I just feel like psetting shouldnt be restricted at all. But then I thought a lot of the categories and stuff they came up with were weird, and I'm not a speedrunner, so ah well haha.

I think hdin will significantly outperform sorc in chaos up to 98 unless you drop fathom on the sorc and manage to die as little as the hdin would. But then he has to farm enigma ofc and is slower 98-99. Just me armchairing though. I'm hoping you'll show off some crazy sorc exp/hr and then the hdin wouldnt stand a chance .

@Luhkoh IIRC PX wasn’t even a listed category for Diablo 2 at one point. Also think Blizzard does very good on a budget in CS and like you said, this run will emphasize staying out of LK (as in I won’t stop at all). Praying to RNG for Ohm or some combination to make it by ~92-93.

I've been confused for years why /px wasn't the default for speedrunning because usually in any speedrun for other games, especially in any%, ANY methods available and achievable in game are used. I dunno, maybe it doesn't make sense for an any% run because leveling isn't so important for many runs there, but imo it certainly makes sense for hell runs. I'd understand if /p1 runs were more exciting in some way - some games set rules simply because certain strats make watching or running that game extremely tedious or boring, but in this case it's exactly the opposite. The rule is arbitrary and also it makes many runs less exciting due to long boring exp grinds that could be solved immediately by upping the /p setting. Sometimes rules are in place due to hardware issues or something but that's also not the case here. At any rate, glad to see /pX runs at long last making the scene because they're way more fun imo.
Reactions: Luhkoh, Tears85 and Swamigoon

Luhkoh said:
I was just wondering since theres no "99 theorycrafting and stuff like that" thread in the new forum, would you like it if we posted such things in the comments of the 99er compendium?
Click to expand...

That's a great solution, and definitely something I'd support and periodically incorporate into the body of the 99er compendium.
Reactions: Luhkoh

Maybe a little history can help explain the current state of D2 speedrunning.. I recall Px and possibly also P8 categories were originally part of the speedrun.com leaderboards back in 2013-2015? The D2 speedrunning community was much smaller back then and P1 was the most "familiar" category to the overall D2 community, most likely due to Bnet I'd guess. The mods removed the largely empty Px/P8 leaderboards due to inactivity/lack of interest from the community. When D2 speedrunning started to take off on twitch, the hardcore runners wanted their own leaderboards since there originally was no differentiation between SC and HC in the Normal and Hell Any% categories. There was enough demand from the community and thus the mods added SC/HC categories. For a few years there were only the 28 P1 categories: 7 characters x 2 difficulties x 2 modes.

I think it was 2 years ago in 2018 when Px/P8 categories were added back into the leaderboards. For a while P1 remained the most competitive category with the pinnacle, in my opinion, being the race to the first sub 1 hour P1 Any% Sorceress. The "Jail Strat" that made the sub 1 hour time possible ultimately lead to the decision to ban "-ns" and to use an "ingame timer" that paused the timer during the notorious S&E hang time. This decision was just one of many topics discussed during the May 2020 rule set discussion among D2 speedrunners. Some parts of the current rule set may seem weird or arbitrary, but it's a culmination of compromises made between current runners, viewer experience, mod availibility/VoD verification process, the submitted times of past runners, etc.
Reactions: Pb_pal, Luhkoh, art_vandelay and 2 others

@PhineasB awesome. I like the idea of just posting "all things exp" there and you incorporating just what you want. But wanted to make sure that worked fine with your vision for the thread .

@NorthDakota my thoughts exactly. Agreed 100%. Px gives the runner more control and strat variety and cuts down on the boring part of the run that everyone complained about enough to create schism where some runners run with a mod to imitate bnet now. But more importantly... it's faster.

@Nano thank you for the backstory! All makes sense. Still can't past it being strange to me that the fastest no major glitches run isn't the main run everyone cares about. But I know I'm probably on the far side of the argument as someone who never really played bnet.
M

Will dragon tails explosion carry item-based effects like it carries charged up skill effects? I expect not, but I'm not sure.

@Nano damn, that’s crazy. Didn’t even know about the last bit with -NS banned.
Here’s a video of the jail strat original run for anyone else interested:
Reactions: entwilighter

I like how people picked up d2 speedrunning some time ago, cause they didn't want to grind even though the game itself and speedrunning too is all about that grind and they are now complaining about being forced to do so XD Seeing all those things they're doing and coming up with all those ways of dealing with grinding is even more amusing.

After that big discussion from earlier this year the whole d2 speedrunning pretty much died. They were suppose to solve it and what they did was just pushing people away from it. Indrek stopped streaming completely. Llama and Ryu were doing some weird stuff. Teo doesn't stream at all. The only person that was actually doing something was Bender i think. I've heard he has some good knowledge, so maybe it's worth it to watch him ^^
Reactions: entwilighter

Indrek is back to streaming. I think he was really annoyed by the banning of -ns and the "classic strat" (where you create a character in classic and end the run in expansion, resulting in skipping act 5 on both Normal and Nightmare difficulties and still completing the run at Hell Baal).

But yeah, Bender is a really interesting watch for sure. He's always trying to find new strategies to try and improve times. Always serious, focused and quiet, but a very good watch indeed.
Reactions: entwilighter

Yeah i know Indrek is back, but he wasn't streaming for like 6 months or something. He said he stopped, cause it was summer and he wanted to spend more time outside, but also mentioned that he didn't like the fact that they banned classic strat. The way he said that and the way he behaves overall made me think he was quite upset with that fact and if they didn't ban it, he would continue to stream D2 but less frequently.

Btw. My knowledge is up to date when it come to speedrunning, current strats, what speedrunners do and what they don't. You don't have to explain everything to me, cause i watch them pretty much daily xD
Reactions: Kinkara

ResTTe said:
I like how people picked up d2 speedrunning some time ago, cause they didn't want to grind even though the game itself and speedrunning too is all about that grind and they are now complaining about being forced to do so XD Seeing all those things they're doing and coming up with all those ways of dealing with grinding is even more amusing.

After that big discussion from earlier this year the whole d2 speedrunning pretty much died. They were suppose to solve it and what they did was just pushing people away from it. Indrek stopped streaming completely. Llama and Ryu were doing some weird stuff. Teo doesn't stream at all. The only person that was actually doing something was Bender i think. I've heard he has some good knowledge, so maybe it's worth it to watch him ^^
Click to expand...

I noticed my usual favorites stopped speedrunning but I wasn't sure why. What exactly changed other than the classic strat and -ns? I used to love watching Ryu's speedruns but didn't he stop because of hand issues? and then he started doing weird runs, which I enjoy, I just don't enjoy all the quacking and memey stuff he does on his stream nowadays, it's increased too much for my taste.

I was kinda under the impression that runners stopped because many runs were so optimized that the grind wasn't as fun anymore.
Last edited: Oct 8, 2020

I don't know precisely what they agreed upon, cause i lost interest when they were talking about adding like 100 categories for all those little things people were coming up with.

Ryu wanted something like "random build speedrun" to be a part of the official d2 speedrun leaderboards. Community decides to run some specific build for some time and you make a new category for that and then you change the build and do the same and so on. They wanted to make everything messy with all those new ideas and concepts and wanted to combine it with the official stuff. At least this is what i remember and what i got from all those random talks streamers were giving a few months ago. They were also talking about seeded runs and wanted to make separated categories for those and there was probably some more stuff they wanted to implement that i don't remember.

All i got from that big speedrunning brainstorm was just confusion and creating a lot of new categories that will never be filled with entries. Like they couldn't just make some website for all that stuff.
B

I just had a pretty funny moment on my stream, predicting a arach 118 ed lol^^
here the link if u wanna see -> https://www.twitch.tv/enforcaa/clip/UglyGrossFungusFloof?filter=clips&range=7d&sort=time
Reactions: Luhkoh and ResTTe
T 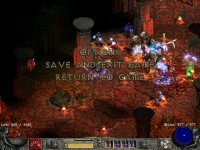