Fans of the Diablo series will be intrigued by Diablo Immortal for a number of reasons. For many, it will be the game’s story at the very least. We’ve seen a lot of fans state they will play it through initially to digest the lore but beyond that not sure whether they will stick with it.

Blizzard has released a new update that discusses the game’s lore and how Immortal sits in the Diablo timeline.

Quite a few of us marveled at LoD when it was released in 2001. The story was built on a sinister twist at the end of Diablo II. Harrogath managed to be both bleak and inviting, the game’s villain was a delight to watch in action, and the implications of its ending stuck around. Lord of Destruction developed a quintessential Diablo theme: when faced with incredible odds, a lot of people do the wrong thing—and doing the right thing doesn’t always save the day. 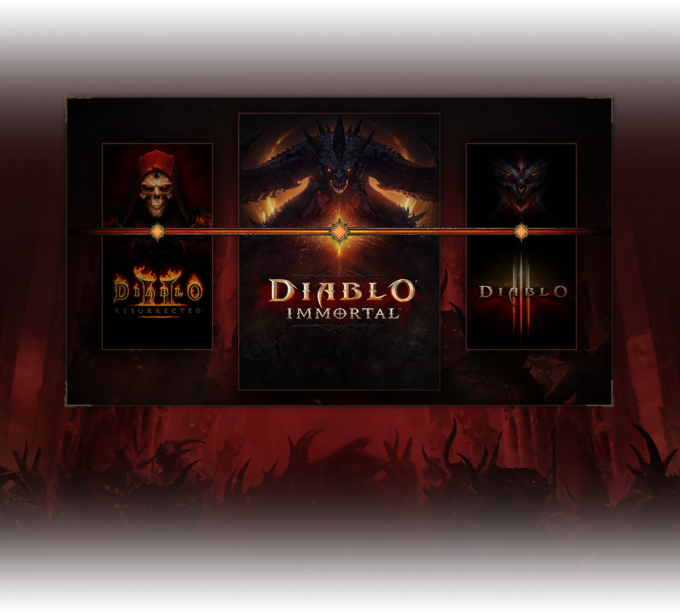 In the future, Diablo III will move us 20 years forward in time from Diablo II. By that point, the series’ most eminent scholar, Deckard Cain, is obsessed with the End of Days. The Nephalem* are awakening to their heritage. And, after Diablo III, things will get even darker.

Developer’s Note: *In Diablo, humanity are the long-descended offspring of angels and demons who fled the Eternal Conflict between their kind, stole an impossibly powerful artifact of creation, the Worldstone, and made their own refuge, a world called Sanctuary. Sanctuary has been a mixed success—humanity is still alive, but their home isn’t the nicest place to live.

WHAT SETS ALL OF THAT IN MOTION?

At the end of Diablo II: Lord of Destruction, the demon lord Baal corrupted the Worldstone, hoping to poison everyone and everything its power had touched. Before he could finish the job, a group of heroes defeated Baal, and the Archangel Tyrael hurled his sword, El’druin, into the heart of the damaged Worldstone. The explosion sent shards and splinters of the Worldstone—the very power of creation—cascading everywhere. Losing the thing that made your world and uplifted its people has a lot of ramifications.

That’s where we are today, in Diablo Immortal.

Can you clean up a ruined world? What does that take? When you know every victory is going to be pyrrhic, how do you keep fighting—or pass the torch to someone else?

Diablo Immortal is first and foremost the story of your quest to contain the broken Worldstone. It’s also the story of the people living during that time—familiar faces like Deckard Cain, Charsi, Kashya, Akara, Xul, and Valla, as well as new characters we’re just meeting. Lastly, it’s the story of Westmarch, our player hub, one of the few remaining bastions of stability—an actual functioning city—on Sanctuary.

By setting Immortal between Diablo II and Diablo III, we get to bring back characters, factions and places people care about, all while inventing new ones. Here are a few: 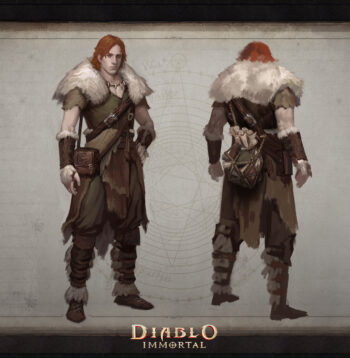 [NPC] Rayek – The barbarian prodigy Rayek is the inventor of the Helliquary, a wondrous device built to locate particularly destructive demons and trap their essence when they’re slain. Rayek hopes to use his creation to stop demonic incursions before they happen, and prevent the doom that came to his homeland from ruining other lands. When he finds demons too strong to be defeated alone, Rayek points entire warbands of capable adventurers in their direction. Though unstable, Rayek’s first Helliquary—the Wrathborne Helliquary—may well prove capable of funneling the power of defeated demons to a sufficiently daring subject. The risks of such a process remain unknown. 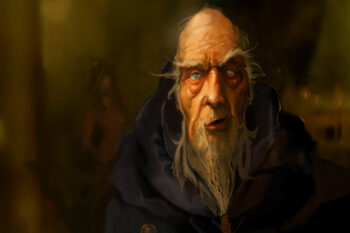 [NPC] Elder Deckard Cain – On Sanctuary, people don’t often live to Elder Cain’s age—and he’s still got a long road ahead of him. A traveling sage and a symbol of hope to many, Cain has been using his mind and his research to combat evil for decades. At the moment, he’s headquartered in Westmarch, in a dusty workshop likely to catch fire from the candles he burns at all hours of the night. Cain was personally instrumental in fighting back the Prime Evils, Mephisto, Baal and even Diablo (twice). But, in this transformed world, there are limits to even his knowledge. 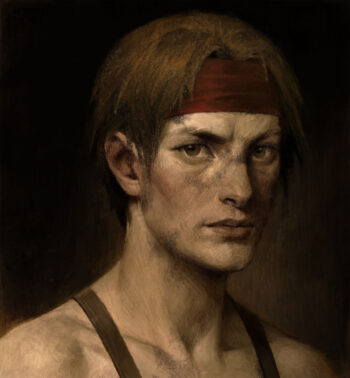 [NPC] Charsi – An ebullient master blacksmith, Charsi spent her early years among the Sisterhood of the Sightless Eye—the rogues—in a wooded encampment, forging arrowheads and patching up armor. But after she armed the heroes who fought against the Prime Evils, Charsi’s corner of the world started to feel suffocatingly small. She now runs an expansive smithy in one of Westmarch’s most trafficked plazas. Business is good for a legend, but whether the big city will be as friendly to Charsi as her old home remains to be seen.

[Zone] Shassar Sea – Two bandit gangs clash over the few resources left to the dune deserts of Shassar—one hoping to continue the legacy of the cruel Fahiran empire, the other hoping to transcend it. But whatever the outcome of the battle between the Amber Blades and Sand Scorpions, Shassar’s true rulers are vermin and carrion birds picking over sun-bleached corpses. The secrets hidden in the desert could keep Worldstone shards out of evil hands… but some things should stay buried forever.

[Zone] Mount Zavain – Mount Zavain was soaked in blood long ago by the knights of Westmarch’s founder and the Veradani monks pledged to Ivgorod. The brutalities of that old war still cling to Zavain’s people today. Khazra activity has surged, and the brutish goatlike abominations display new intelligence and maleficence. Deep black fog spreads from the valleys; damnation festers in the mountain’s shadow, and it’s only a matter of time before the overwhelmed and underequipped soldiers of Sentinel’s Watch are swallowed up.

[Zone] Westmarch – Founded at the height of Rakkis’s crusade, Westmarch has grown from a tiny southwestern port to one of the largest cities on Sanctuary. It is ruled by a hereditary monarch, King Justinian, and yet exists today in a period of rapid change: deemphasizing its prominent Zakarum faith, accommodating an influx of refugees from the destruction to the north, and coping with rising tensions between “commoners” and “nobility.” Justinian’s fascination with gathering magical artifacts—like the Rift Stones and the Einfrinn Tree—has further altered the onetime “City of the Light.” 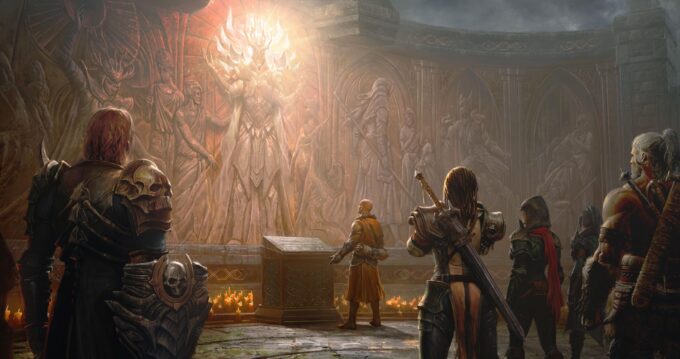 [Faction] The Immortals – The Immortals are sacred knights with immense power granted to them by the Eternal Crown, an artifact from a primordial age. They are charged with protecting all of Sanctuary from demonkind, but their tremendous strength leaves them at risk of corruption or burning out spectacularly. Most Immortals serve as elite Knights of Westmarch, but they owe a deeper allegiance to Daedessa, the ancient Nephalem patron that raised them up, and to the Crown that amplifies their might and hungers endlessly for magic. The Immortals believe that Sanctuary’s future—not just one kingdom or one age—rests on their armored shoulders. 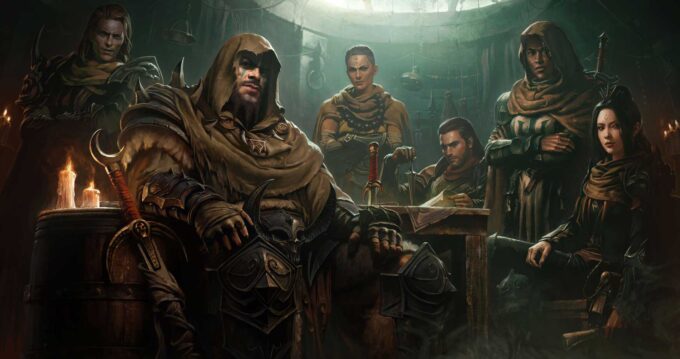 [Faction] The Shadows – The Shadows are overseers, saboteurs and spies who keep the Immortals in check, and invoke a sacred challenge to overthrow and replace them if too many become corrupt. They admit new members only after strenuous evaluation, and meet in secret throughout Westmarch, though they are rumored to gather in a “Court of Whispers” below the city. Some Shadows nobly want to check the Immortals’ tremendous power, and see their duty as a holy one. Others are drawn to the violence and mayhem that ensues as they test Sanctuary’s defenders.

Immortal delivers its story in several different ways. Sometimes you only want to play for a few minutes. Sometimes you want to hunker down. We’re trying to accommodate both approaches by keeping the core story fast paced and driven by you, but also hiding lore books and other nuggets throughout the game for people who like to devour background and explore a living, breathing world while they squash demons.

Our primary story quest types (accessible solo or in a party) are:

We’re also adding a few more of the espionage-flavored Contracts—unique quests available to the Shadows faction. Contracts introduce (and inflame) the conflict between the Immortals—Sanctuary’s anointed protectors—and the spies that love to mess with them. Many of the Shadows’ contracts are solo-friendly, so even if you don’t go in for group PvE or PvP, we think you’ll find something to enjoy in the dark underbelly of Westmarch.

Diablo Immortal’s story doesn’t end when the game launches on 6/2. We have plans for new main quest zones as well as new elite and side quests. They will always be available for free.

The team’s excited to take advantage of Immortal’s MMO genre to spin some larger-scale yarns, too. We want to tell you about places closely tied to Westmarch, to explore the escalating strife between proud Immortals and judgy Shadows, and to relieve the battle between the monks of Ivgorod and the paladins who followed Rakkis’s crusade. As it turns out, we have quite a lot to say.

We’re excited for you to join us on the journey! 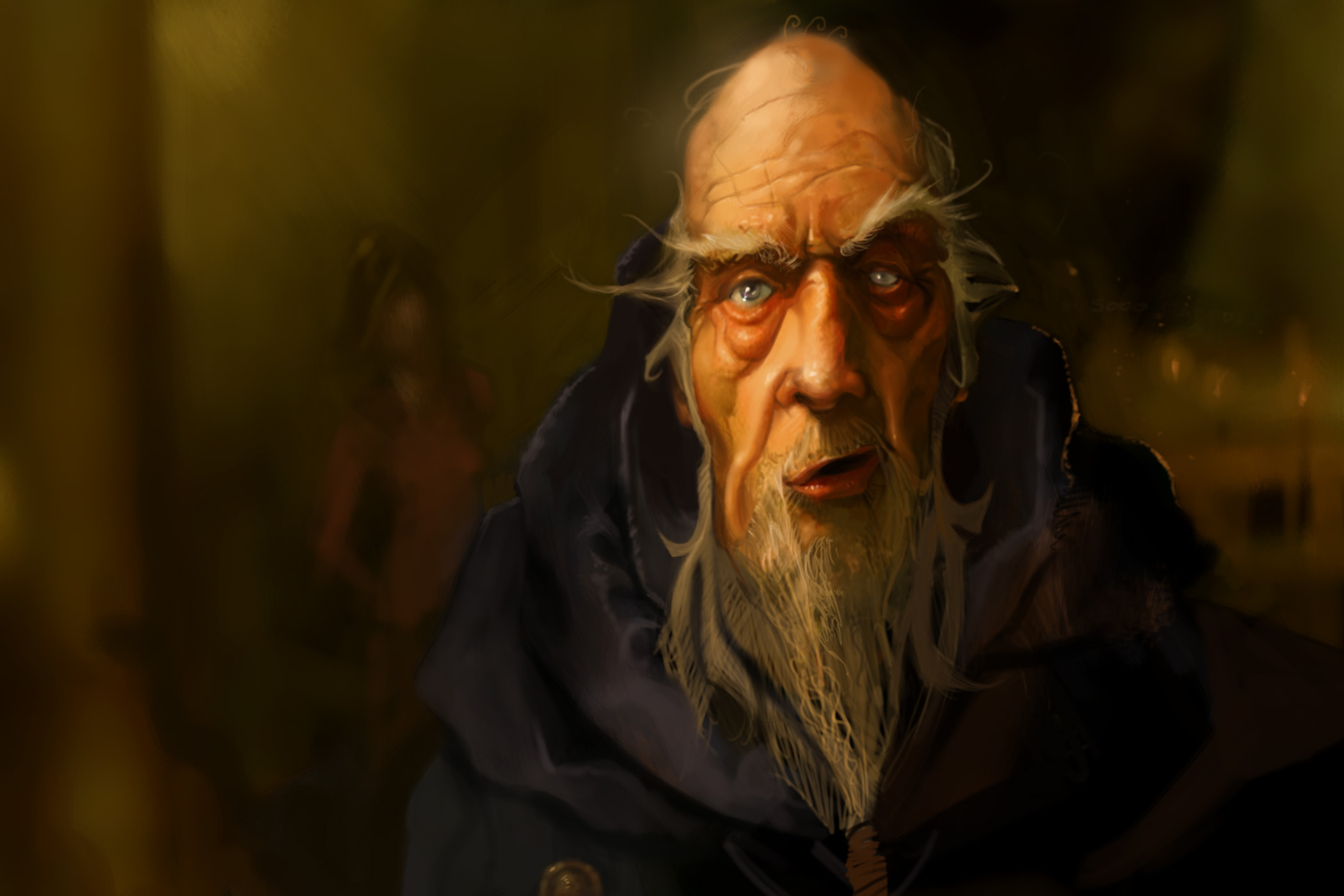 With the game about to drop, brush up on the timeline so you know what's going on.