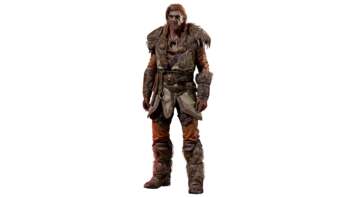 Years of study and a life lived in harmony with nature have provided the Druids a unique empathy with the world around them. These skills represent the Druids’ ability to influence the forces of nature. Expertise in these skills allows them to strike at enemies from a distance, assault whole groups of enemies at once, and even protect themselves from the elemental attacks of others.

These Druid Elemental skills were terribly underpowered when D2X was released, and remained that way for some time. The character was fun through normal, and could do some work in a solo game in nightmare, but these skills did not pack enough punch to be of any use in Hell. Several patches later, Elemental Druids can be played quite effectively, thanks to the extensive synergies woven throughout this skill tree.

Out of this entire skill tree, only Armageddon can be cast while in Werewolf or Werebear form.

Required Level: 1
Prerequisites: None
Synergies: Firestorm is boosted by:

Details: Wielding this ability, the Druid projects waves of molten earth that spread outward and burn a wide swath of destruction through his foes.

This is the same ground fire attack that Diablo uses (and you see the graphic as part of Mephisto’s death animation as well) and it’s fun to use for the Druid, but doesn’t do nearly enough damage to be effective long term. This skill is tremendously damaging when Diablo casts it on Hell, since he gets many more fire streams than he has on Normal. If you are in close, you’ll get hit by dozens of the streams, all of them doing moderate damage, and adding up to be enormous damage all at once. The Druid doesn’t get additional streams like that, so even at very high levels this is no better than a very weak, short duration, moving Fire Wall.

Effect: A fun skill to use, this one sends forth a rolling boulder of molten stone. You’ll need to supply your own bowling pin sound effect. A burning patch of fire is left when the Molten Boulder explodes, dealing fire damage to a small area for some time.

Prerequisites: None
Synergies: Arctic Blast is boosted by:

Details: This spell functions like a freezing Inferno, a sort of icy flamethrower that chills and damages anything it strikes.

The Druid can cast this for as long as he likes, pivoting and aiming it after the cursor, just as the Sorceress can with the Inferno skill. The chill time is quite long, so flashing targets with this will keep them slowed for a good duration. (Note, actual damage is 1/3 listed damage.)

Details: A sort of area firewall, this spell creates rends in the earth, allowing molten stone to seep to the surface and burning anything in the vicinity.

Details: This shielding spell is essentially an elemental version of the Necromancer’s Bone Shield. It absorbs a set amount of elemental damage, but has no effect against physical attacks. The amount of damage absorbed isn’t really big enough to bother with for most bear/wolf Druids though, especially with the enormous amounts of hit points those characters get.

Details: Each cast of Twister sets up a small tornado that stuns and deals physical damage to any enemies in the area. Twisters move semi-randomly once they are cast, and are best used in large quantities, killing enemies while your minions occupy them.

In addition to the damage this skill deals, it can knock back monsters, providing a sort of defense to the Druid, and giving him time to cast more of them before the monsters reach him.

The damage from Twister and Tornado is physical, just as if the Druid walked up and punched them. This is helpful on monsters that have an elemental immunity, but makes them worthless in Hell, where every monster has at least 50% physical resistance.

Details: A more powerful version of Fissure, the Volcano erupts from one point and deals substantial fire damage to everything in the vicinity.

Targets in the radius of effect from the Volcano take fire damage per second, but if they get hit or not is largely random. One monster can die immediately while another could last the entire Volcano with only minor damage. Where the little fireballs land has nothing to do with which monsters take damage; the graphical effects are just eye candy.

Details: An upgraded version of Twister, a Tornado is much larger and more powerful, but lacks the stunning effect of the smaller Twisters. Tornados can be paired with Twisters to add damage while retaining the handy stunning bonus.

The Tornado will pass through multiple targets and continue, but it has no knock back or stun, unlike Twister. Also like Twister, there is no casting delay.

The damage from Twister and Tornado is physical, just as if the Druid walked up and punched them. This is helpful on monsters that have an elemental immunity, but makes them worthless in Hell, where every monster has at least 50% physical resistance.

Details: A howling storm is created around the Druid, dealing damage to anything nearby. Cast this and run near the monsters, putting them in the swirling band of damage.

This skill is devastating in small Normal difficulty games, but becomes more or less worthless in bigger games, other than as a sort of low-radius, damage-dealing, Frost Nova. Each Hurricane lasts for 10 seconds, with a six second casting delay. You can have two of them going at once for the last few seconds each time, or can cast a Volcano or other skill then, though you’ll have to wait on the casting delay for it to run out before you can cast another Hurricane.

The outer edge of the Hurricane is about 5.3 yards from the Druid, and the inner edge is about 4 yards. You must keep monsters in the ring of wind to deal them damage; too close or too far does no good. This works best with minions to tank, once they engage the monsters you can run up behind them so the Hurricane is spinning right on top of the monsters, chilling and damaging them. Cast Tornados at the same time, for maximum damage.

Details:: A bit like Volcano crossed with Hurricane, Armageddon is focused on the Druid and follows him around the screen, raining down fiery damage.

The radius of 5.3 yards refers to how far out the damage goes. The Druid is always the center of the radius, so from him out to 5.3 yards there are meteors crashing down erratically. This skill is hard to use since you can’t really aim it. You want to cast it and move around the target (so you don’t get hit), but while keeping any targets within the relatively limited radius of effect.

As hard as this is to hit things with accurately, and with it requiring more pre-reqs than any other skill in the game, the actual effectiveness of it is surprisingly low.