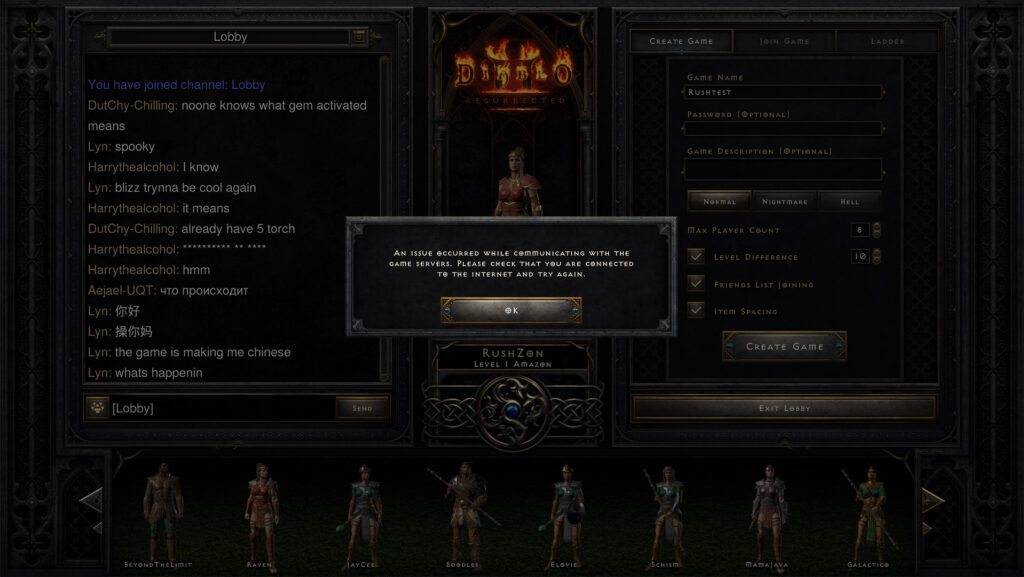 Players jumping on as soon as the game launched managed to get up and running and start playing. As this first hour has gone on, the problems have slowly but surely materialised.

Both the EU and US servers have been hit with connection problems. Currently, players can get into the lobby but not create games or find games in the list.

Some reports have come in of laggy gameplay within this first hour along with rubberbanding which was also an issue in the beta. I guess they didn’t get enough open beta testers into the game to try and sort this out.

How long this will take to fix is anyone’s guess right now so it looks like it’s single-player for the time being while Blizzard rushes to fix this.

What’s really frustrating about these launches is that Blizzard never seems to get this right with Diablo. Diablo 3’s launch was a car crash so I’m hoping that this time the systems are in place to resolve issues quickly.

We’ll keep an eye on the situation and update you in this post when things have changed.

Update 1AM GMT: We’ve been testing the stability following the fixes and so far so good. Looks like issues may have been licked.

[#D2R] Servers should be available again in all regions. We will continue to monitor performance. We've also applied a fix that should help unlock characters and will continue to review for any we've missed.

And speaking of restarts – at 1 PM PDT, D2R servers will go offline for approximately 45 minutes of maintenance as we continue to work the problem. If you're online, please logout before the servers go offline. Again, thanks for your patience during this time.

We've had tons of players online, which is great but has been a challenge for servers surpassing our testing. We know many players are still affected, so we're actively adding capacity and will keep on this until it’s in a better place. This may involve more restarts as well.

In an effort to address game creation and character issues, we will shut down all Diablo II: Resurrected servers at 10:00am Pacific Time. We expect this unscheduled maintenance to last around 30 minutes.

Players who are online and playing right now should logout before the 10 AM shutdown if possible. Offline play should remain available for all players who have already authenticated

While we're digging into the online issue, could I perhaps interest you in some offline play? #Diablo2Resurrected 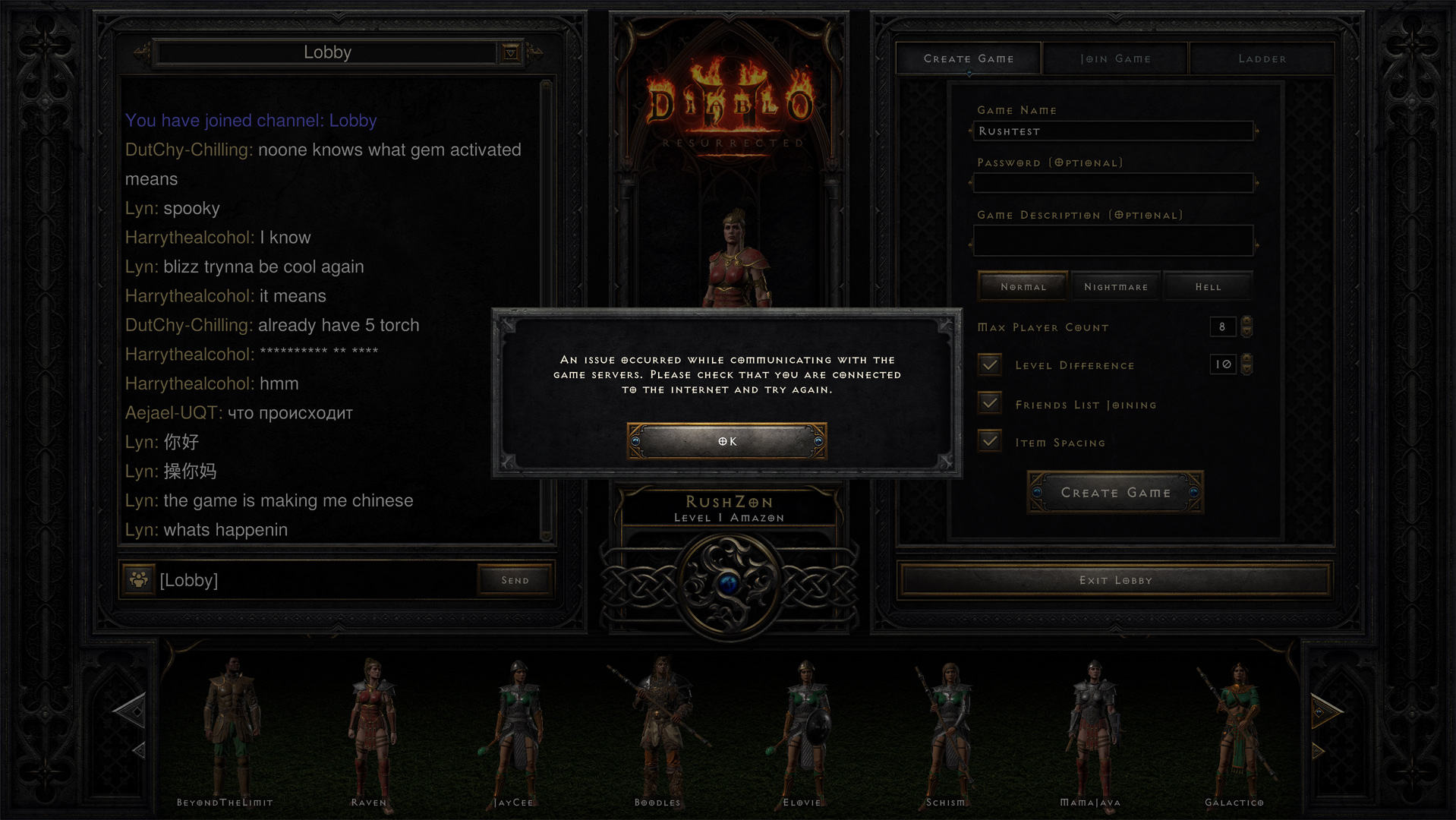 Whoops! It's all gone pear-shaped but it was to be expected..