We’re all eager to get cracking with the ladder and there’s an update this evening highlighting issues the team as run into causing the delay.

Patch 2.4 was supposed to hit at the end of this month but has been delayed until 14 April which means the ladder will arrive two weeks later on 28 April. Here’s the full explanation.

We wanted to provide an update to the Diablo community regarding the latest on the 2.4 balance changes patch and our very first Ladder season. First, we just wanted to thank everyone for the feedback and testing over the last several weeks as we honed in on various database, server, and balance changes that will be arriving with this update for D2R (Diablo 2: Resurrected).

Originally, we planned to have this update out by the end of this month, but unfortunately ran into some snags. I know your first reaction may be “HERE WE GO AGAIN!” which everyone has every right to say as getting this update perfected for Ladder has been quite a journey. But we did want to explain some of the circumstances that lead to this adjustment in dates and at the same time provide you with updates on the new expected release of 2.4 and the start of Ladder to ensure players have enough time to plan for the race that occurs with the start of each Ladder season.

So, what happened here? As you may recall 126, we have been working through extensive updates on the backend and database services for the game. Over the last few months, the team has been implementing these updates to the server and database using learnings from PTR (Public Test Realm) and from the immense help the community provided during these testing phases. Last week, we had some extended downtime for D2R which was to implement the final batch of changes from our PTR to our production environments. During this update, we unfortunately ran into quite a few showstoppers that did not appear on PTR but were present in production environments. Due to that, we extended the maintenance as we needed to roll back the changes so we didn’t affect users and could get the game back up and running.

What were these showstoppers?

Since last week’s maintenance, the team has been able to identify and address all these issues—we will be doing another maintenance for D2R to implement these changes to production on March 29. We expect downtime to be around six hours for these changes. These updates will allow for us to have an improved experience during high load times where we would otherwise need to rely on longer queue times and higher rate limiting on game sessions during very high traffic situations.

With that maintenance, we should be good to go for getting 2.4 out to users. 2.4 is currently planned for an April 14 release—Ladder will follow two weeks later on April 28.

We purposely want to have a gap between the 2.4 launch and the Ladder launch in order to give the team time to react to any further unforeseen issues that may arise on PC and consoles from deploying the 2.4 patch itself and ensure the smoothest possible Ladder Season 1 start.

Again, we apologize for the delay with this update, but we want to ensure that we are creating the most optimal and fair environment for the first ever D2R Ladder season. We do have some great community events and plans for the Ladder launch, which we will be revealing in the coming weeks. 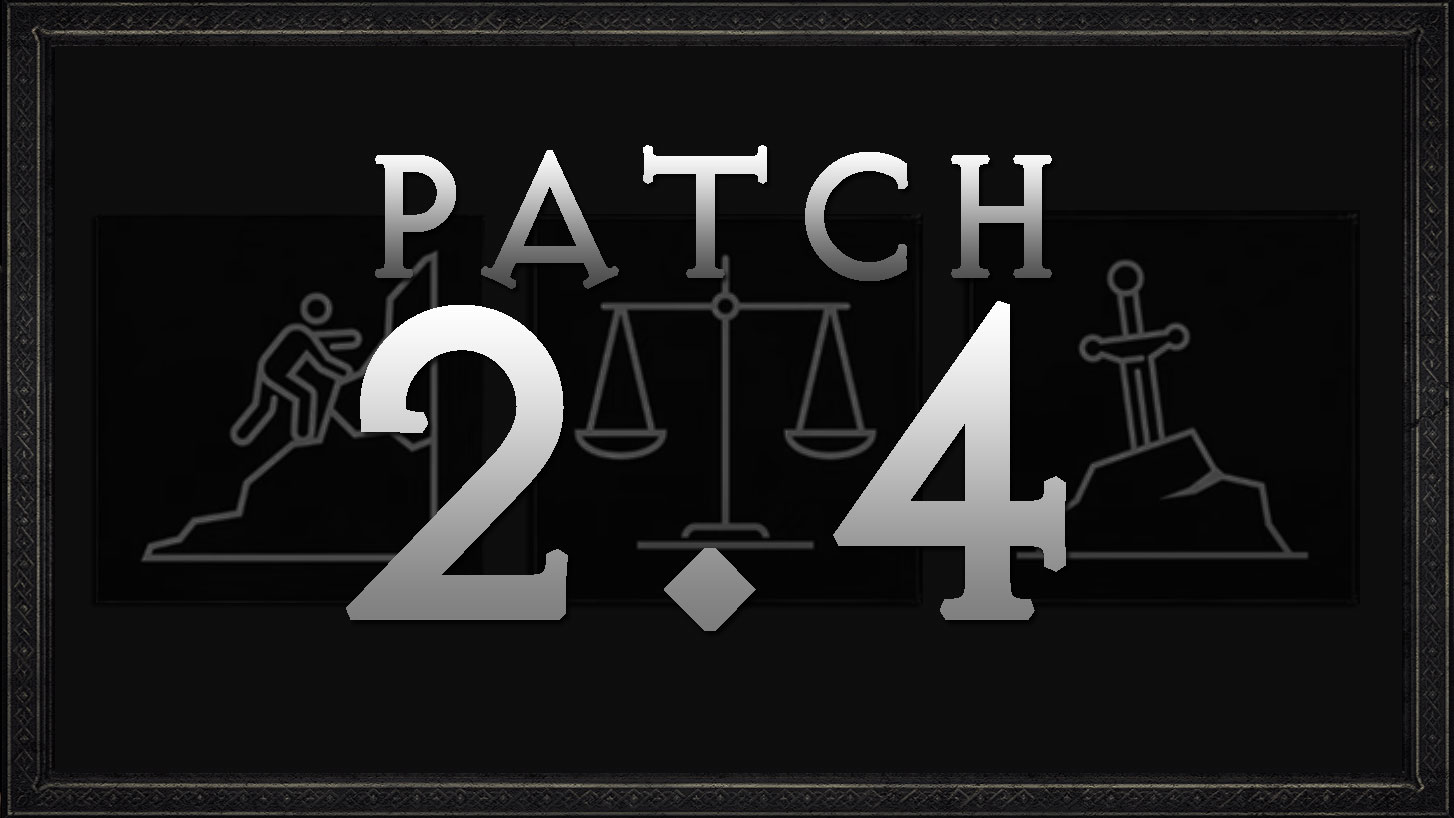 Database gremlins cause the latest delay to patch 2.4's deployment.

April 28th Diablo 2 Resurrected Ladder reset!! Lets get it boys!! I have spent so much buying d2r ladder items from itemnow.com and d2items... I will try to grind out everything myself this time. The new d2r runewords seems like interesting, will be so nice for assassin and fire druids.