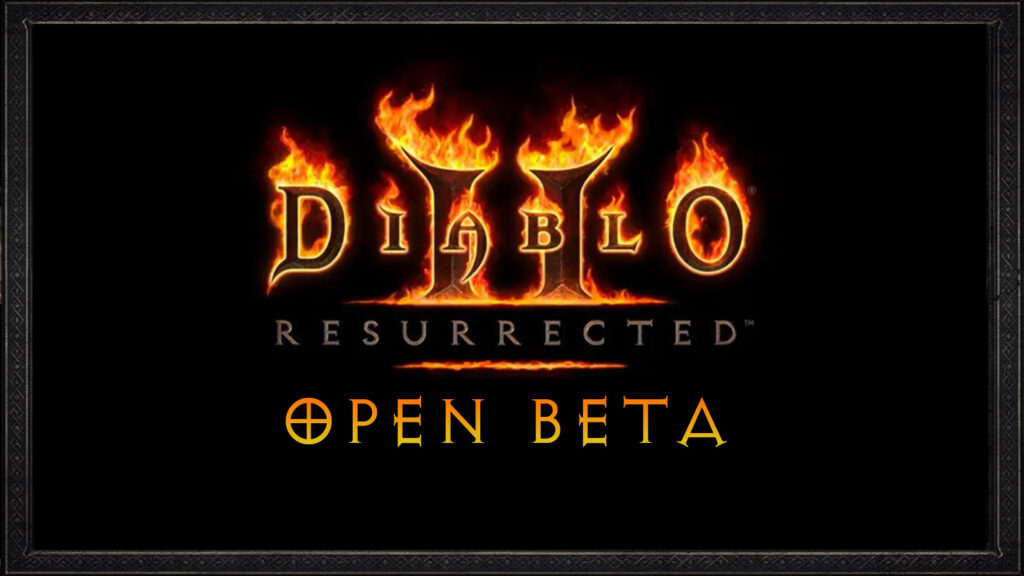 Out of the blue and a little tucked away for a while, there’s some news regarding the open beta and more importantly Diablo 2 Resurrected ladder runewords and more.

While we knew some of the ladder content was coming to single-player, Blizzard has now decided to allow ladder-only runewords, unique items, and Horadric Cube recipes in non-ladder multiplayer and single player.

As well this good bit of news, there’s also some brief patch notes head of the beta.

Over the last week, we have seen much speculation and reactions from the community around the subject of Ladder play releasing post-launch. We wanted to take this opportunity to share that Ladder Only Rune Words, Unique Items, and Horadric Cube Recipes that were once restricted to Ladder rank play will now for the first time be included in non-ladder multiplayer and single-player play.

We understand these items complement prominent builds and playstyles cherished by the community. Furthermore, we have heard the community ask to include these items into the single-player experience for quite some time. Now players playing solo can also partake in the metas that have become popularized from the original multiplayer Ladder experience. Furthermore, single-player will now also include access to the Pandemonium Event and Uber Diablo content.

To mitigate server impact and protect server stability of the game during the launch window, we plan to have Ladder rankings and listings to be implemented shortly after launch. This will enable players to have a fair chance to partake in the race that comes with the first season’s Ladder for Diablo II: Resurrected and not run into any possible launch window stability issues that could impede that experience. Once we have a more precise gauge on this front, we’ll notify the community of the exact date and time in September.

We hope this provides clarity on our intentions with the Ladder and related systems at launch. We look forward to sharing the Ladder start times with the community. Once we have it locked in, we’ll provide early enough notice so players can make the appropriate accommodations for their race to 99.

A new patch is being staged for PC, Xbox, and PlayStation prior to the Open Beta. Read below to learn more about the latest changes.

We made this change because many players were accidentally allotting points to skills they didn’t intend to. We hope this change will mitigate that issue, especially since it’s more difficult for players to re-spec in Diablo II.

*Picks jaw up off floor.*

Boy-oh-boy, put me down as excited. It looks like Single Player is finally going to have parity with Ladder Bnet! What a most welcome development!

Just wanted to add my two cents on how I see this.

1. They added all ladder stuff to everywhere not because they are kind
and this is the right thing to do.
Its because we wont see ladders for quite some time. (we could live a week without ladder, alright?)

2. It is good news but only for singleplayer, where there were no means to obtain those items. (well almost)
In multiplayer, it makes sense that playing ladder gives rewards besides titles. I remeber perfectly how fun it was to wait till you ladder char brings the goodies to yer non ladder char.
Trading ladder only stuff on non ladder.
My opinion: they are screwing with core things.

3. Just thought I mention this as well,
the fact that they said that there is "old diablo 2 running beneath". Thats bollocks. Client - server relationship changed quite a bit. Now you have some sort of "transactions" going on even when you buy pots. I noticed some skills where straight not working - double swing, for example.
Stamina drained faster, etc.
Those are indicators that, if diablo 2 old core is still present, its has been disturbed.

Lets recap some things:
1. We are not sure that we will have 100% single player (might require to login first)
2. no tcp ip
3. no ultrawide
4. no ladders (member diablo 3 pvp?)
Thats why we got those sweet ladder items everywhere now.
5. Consoles no lobbies, no chat. Cant create or join custom games.
(They took their time to implement this, dont expect this to change at all)
Now you might say, that " but we still have pc version, its cool there right?" Wrong.
Cant create channels, lobby does not even have same character list in the bottom. (empty). Dont expect this to happen anytime soon too.

6. The bonus point. They advertised it to be same as diablo 2 but better graphics. Well its not the same. I hope they will bring it close to what it was. But I work in software development and I know that money wont buy you faster and better products. They have one month to fix the bugs. Trust me, Its not guaranteed that even the bugs will be gone. We will see more where that came from.

7. The ending has to be happy, message cant all be negative, so I will say this: playing diablo 2 with a controller, just wow.