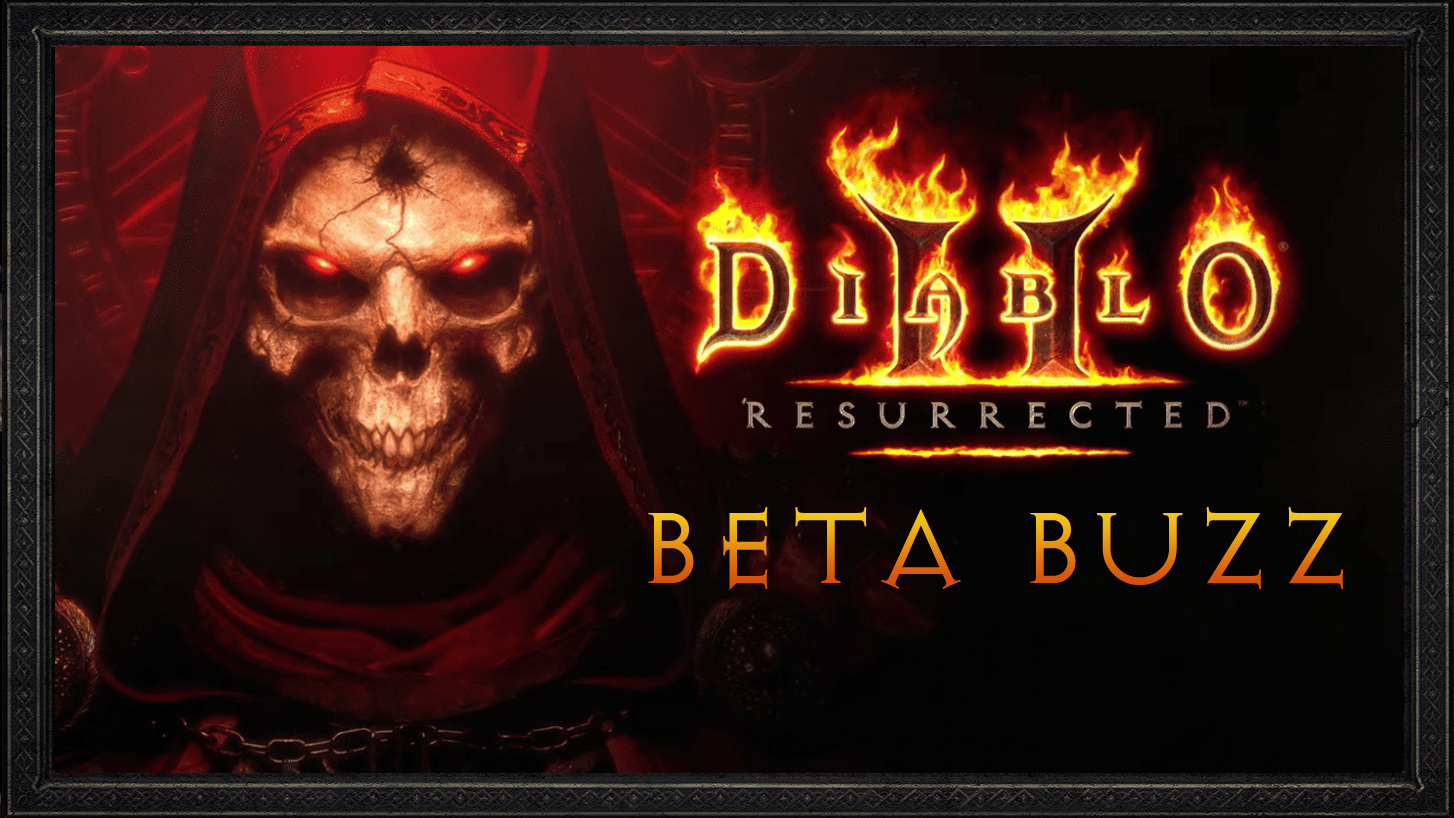 Welcome to the Diablo 2 Resurrected Beta Buzz. Here we take a look at the relevant information surrounding the upcoming beta test.

What is a beta test?

A beta test will allow players to test the game for Blizzard to identify any major issues with the game prior to its launch on 23 September. specifically with BattleNet server stability.

What are they testing?

In the case of Diablo 2 Resurrected beta, Blizzard is using the beta testing session to stress test the game on the new BattleNet systems. We don’t want that Diablo 3 error 37 issue again.

It’s also likely they will also be taking a close look at the response to some of the new quality of life additions and visual changes made since the Alpha test.

What’s different in the Diablo 2 Resurrected beta test compared to the alpha test?

In the Diablo2 Resurrected beta test, Blizzard is adding additional classes, but not all. During the alpha players only had access to the Amazon, Barbarian, and Sorceress. In the beta test, Blizzard will be adding the Paladin and Druid. The Necromancer and Assassin will not be playable until launch on 23 September.

How many tests are there?

There are two sessions of beta testing planned. A closed beta test and an open beta test.

When does the beta start?

What time do the test start?

Check your timezone below. 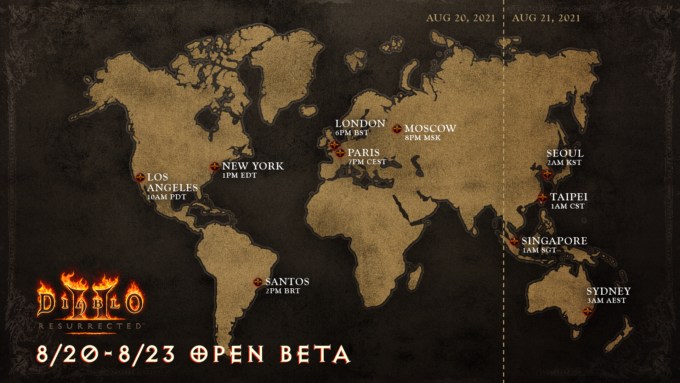 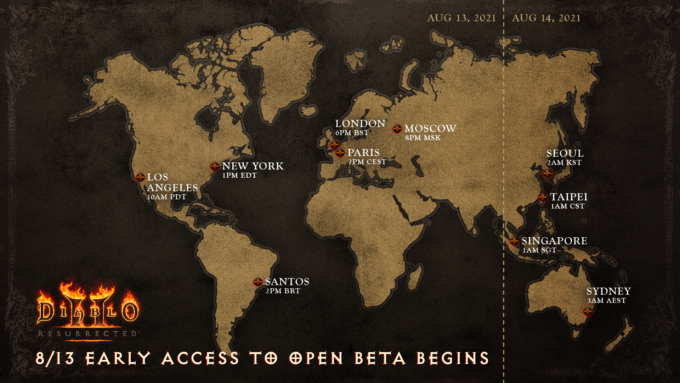 How do I get on the test?

To take part in the first closed beta test, the game must be pre-ordered. The second beta test will be available to all which means the servers will be placed under high stress. Blizzard wants to make sure its systems can cope with a high influx of players.

The original Diablo 2 beta test also ran over two phases, a 2000 person closed test and then finally an open beta test. The Diablo 2 Resurrected beta will be much larger in scope when it comes to the number of players taking part.

Will there be multiplayer in the beta test?

Yes. Up to eight can form a party in the beta.

What Acts are included in the Beta?

How long will the beta last?

The weekend betas will run from Friday to Monday. This is usually the time set aside for videogame weekend betas. However, if a beta test is going well, some developers often extend that time period.

As Blizzard is running the beta test on consecutive weekends they could if they wanted let the close beta run through the week.

Developers sometimes announce a time extension close the end of a testing phase. If Blizzard by some chance decides to keep the closed beta running, watch out for an update on social media and on this site for any extension announcement, it could happen.

Will there be beta patches?

We are unlikely to see patches unless something game-breaking appears such as a bug that stops players connecting to BattleNet or disconnects players.

Will there be a ladder during the beta test?

This is not known. It’s been 20 years since the Diablo 2 beta test and we can’t quite remember if there was a short ladder test during the beta. We remember it being talked about. If you can remember, let us know in the comments.

Will there be hardcore in the beta?

This is not known but as they are stress testing it’s unlikely a priority and unlikely to be included. Hardcore wasn’t in the alpha.

Can you take a closed beta character into the open beta?

Can you load classic saves into the beta?

No. This will only work in the final release. The betas are online only which is why you can’t load them in.

Will there be TCP/IP support?

No. Blizzard has decided to remove it completely from the game. This includes the final release version.

TCP/IP support will not be available in the upcoming Beta or the final game. After careful deliberation, we will no longer be supporting this option as we identified potential security risks and are committed to safeguarding the player experience.

Can I take my beta character into the retail release?

It’s never happened before with Diablo 2 so it’s unlikely to happen now. You will of course be able to bring your old Diablo 2 characters into the final game.

We wait for more information from Blizzard which should be coming in the days ahead. We’ll be updating this Diablo2 Resurrected beta buzz page as new information appears leading up to the Diablo 2 Resurrected Beta but we suspect it could begin very soon.

Beta Buzz is back!


Everything you need to know about the upcoming Diablo 2 Resurrected beta test.