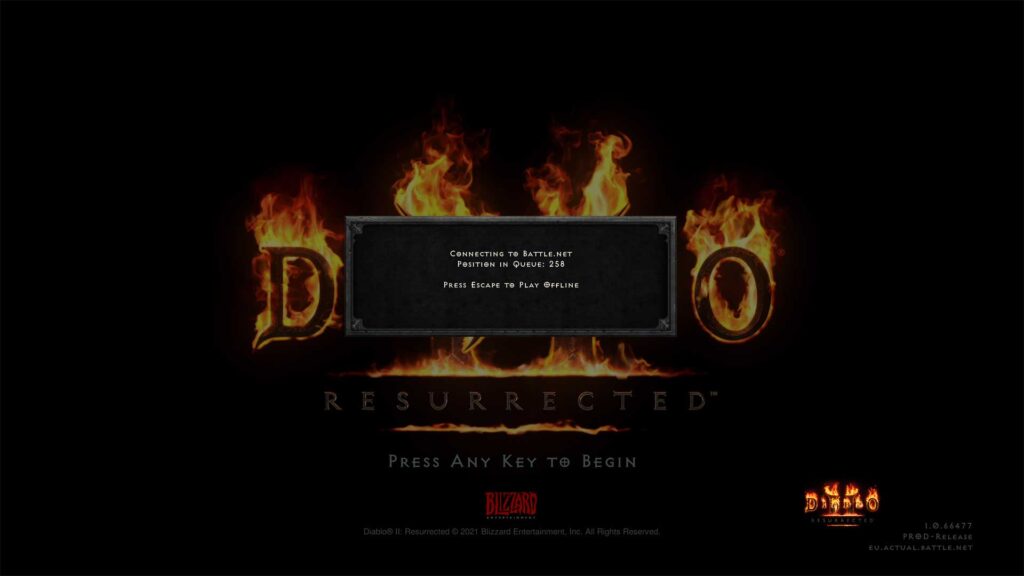 It’s been an interesting weekend so far for console and PC players. The queuing system was implanted for the PC on Friday while console connection problems persist with no queues as players try and force their way into games.

We ran some tests yesterday and have been taking note of PC players’ comments regarding connection time. It was taking around 30 minutes to get into a game which almost makes it pointless trying. We’ve seen so many stories of people waiting for 30 minutes, getting in, then the game crashing so it’s back in the queue for another 30 minutes.

Console players have had worse luck as there is no queue system as yet. There is an update from Blizzard on this today and it looks like the console queue system is going to appear earlier than anticipated.

There was a PC patch on Friday that added in a queue visual onto the game while we started queueing players during high traffic windows.

We noted that consoles would have this within a week. It’s looking like it will be the first half once it gets through all the first party certifications. As of now, console is kind of flying blind and it unfortunately is leading to timeouts for users which knocks them into offline. There are moments where players are getting in as we have a team around the clock turning on the faucets for console players to feed online but they are difficult windows before the timeouts.

This weekend has led to an even more massive increase in players connecting into one specific region and is thus causing players to move to other regions and create queues there. Again, we have a team on this 24/7 and calls going on 24/7 as they work on troubleshooting and keeping things going with the databases.

It’s not ideal. I know as even I have had difficulty playing myself and I’m hoping we can have a further update for you all here soon. Again, apologies on this everyone.

What’s happening is a real shame and we’re still not sure when a final solution will appear. It’s only really worth trying to connect if you are desperate to play because you actually have some free time, otherwise it might be time to take a timeout until these issues are resolved.

We’ve seen a lot of refund comments, and while refunds are not being dished out by Blizzard, there will come a point where there’s a valid argument for it if they don’t fix this. The game will have been out nearly a month and it’s become even more unplayable online which is one of the Diablo 2 Resurrected’s main selling points.

I really only play off-line single player, but I noticed even a longer delay in just the initial connection to battlenet -just to get to the menu yesterday. I'm not going to be happy if this starts to hamper single player off-line games.
Well, actually, I'm already not happy with how things are developing. I hope they figure this out soon.

I may have missed it somewhere, but what is the 'one specific region' they are referring to?