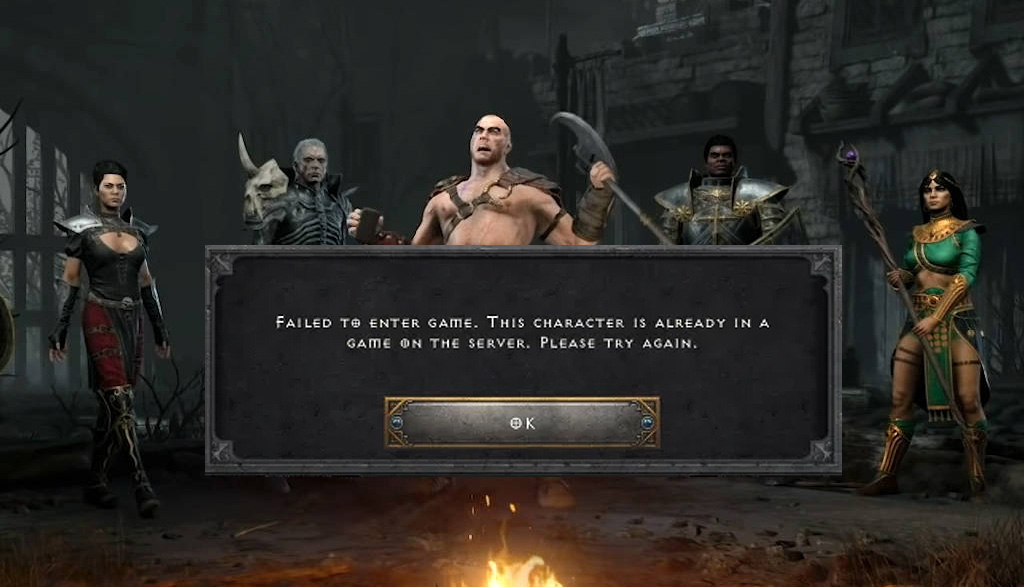 It’s day two of Diablo 2 Resurrected and there’s a nasty bug that’s persisting. This was an issue in the beta at times and it’s still an issue.

There are lots of players that are finding they cannot get into a game because the server will kick back the message “The character is already in a game on the server”. What this effectively does is prevent you from playing online. Ouch!

So far there’s been no new response from Blizzard on this and it’s a Friday which means they have some time at least to try and sort this one out.

We have seen some people simply giving up after long periods of waiting more than 12 hours.  Perhaps we’ll see a hotfix at some point because no amount of rebooting or reinstalling is going to fix this one.

Thanks to Nokk for pointing this “Character already in a game” bug out and if you’ve been experiencing this let us know.

Is your character still in a game but you are not?