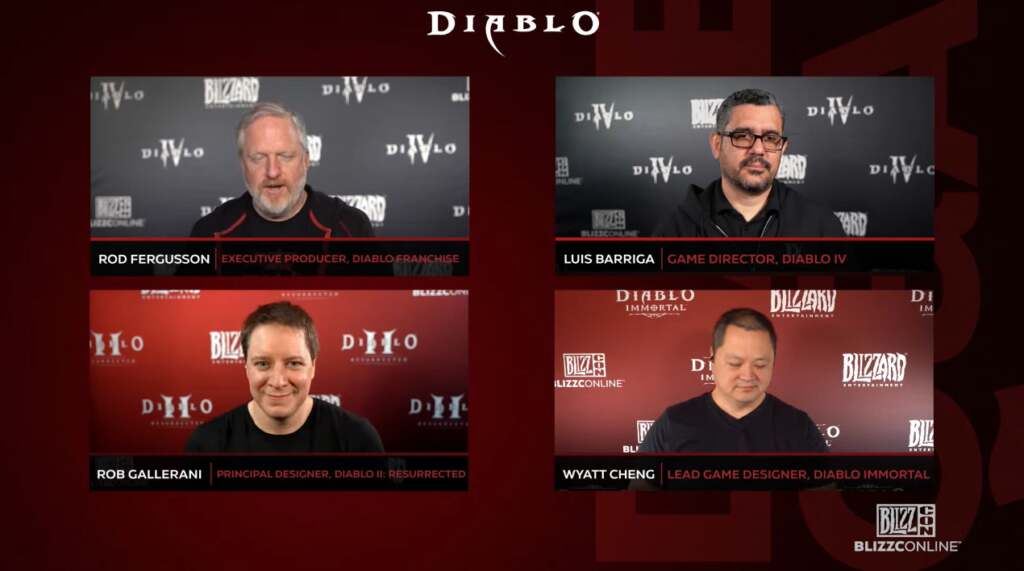 Taking part in the BlizzConline Diablo Q&A session was Rod Ferguson as host, Rob Gallerani, Wyatt Cheng, Luis Barriga. Much of what was discussed has been already covered in the previous day’s game reveals but here’s a breakdown of the Q&A.