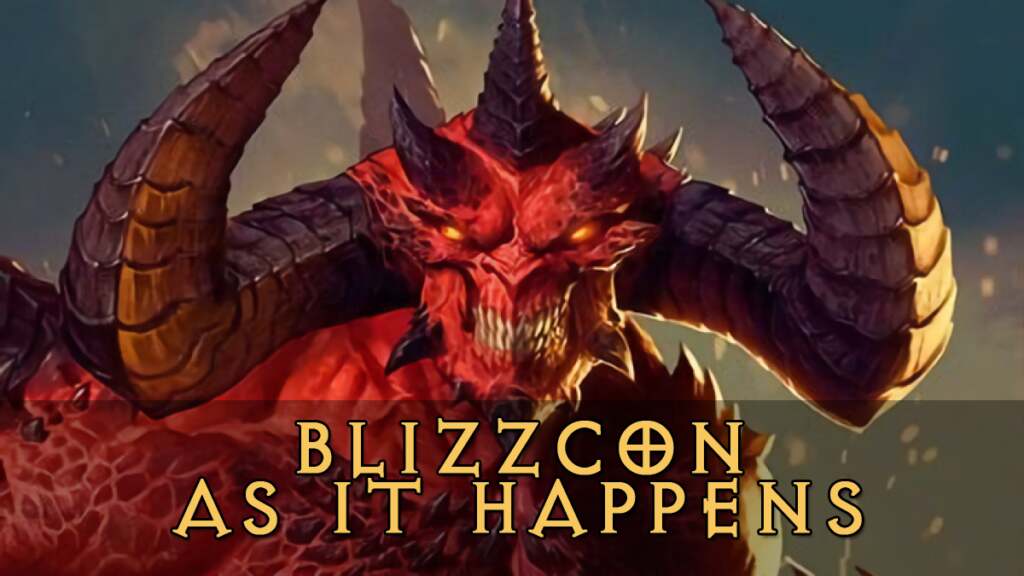 Welcome one and all to a run-down of everything Diablo-related from this year’s online version of BlizzConline. Below we’ll be highlighting key points from the opening ceremony through to the panels.

Following Brack’s introduction about the company and of course the fans, he moved on to the announcements.

First up comes the news of a remaster of some of the early Blizzard classic titles with the Blizzard Arcade Collection which includes Rock’n’Roll Racing, Blackthorne, and Lost Vikings. These are the games that introduced many of us to the world of Blizzard games. For me it was Blackthorne and Lost Vikings on the PC.

World of Warcraft was up first for the newer games with a quick recap of what’s been happening recently in WoW. Chains of Domination was revealed (again) as the next update for the Shadowlands.

WoW charity pets were also revealed to help Doctors Without Borders which is always a good cause.

WoW Classic was of course mentioned and today’s announcement had already been leaked. It’s the Burning Crusade that’s coming to the classic version of the MMO. It’s also the last version of  WoW I played before it went all sparkly. Who would have thought all these years later Blizzard would be talking about the Burning Crusade, especially when you consider how much pressure had to be on Blizzard to actually create a classic version of the MMO. Panels to come later.

Looks like they are leaving Diablo until the end because next up is Hearthstone.

Blizzard’s card game is heading into the Year of the Griffin promising “fun, new, experiences”. The Core Set is coming with 235 classic cards and 29 new cards. It will be entirely free. Cue some shots of cards that mean absolutely nothing to me but apparently, Deathwing is a fan favourite. Simply put, this to give players an old-school experience which seems to be a common theme for this BlizzCon.

Forged in the Barrens is new content however and it will be free and as you’d expect it’s Barrens themed cards.

Hearthstone Mercenaries is another thing for Hearthstone. Replayable rogue-like missions that are generated and is due for launch later this year. More to come in the panels.

The new character class is the Rogue. Cue the trailer…

The Rogue takes customisation to a new level. They want you to be able to create the rogue you want to play whether it’s an archer or a cloak and dagger rogue. Customise the looks, background, and playstyles of your rogue character. More on this in the panels to come.

Diablo 2: Resurrected has been announced!

A full 3D remaster of the original game and expansion. and includes all remastered cinematics. Coming to PC and console. The game can also be played with its original visuals. More on this to come. Excited? We are!