After last week’s overview of the Lord of Destruction introduced classes, it is time to take a look at two more of our heroes:  The Howling Barbarian and our Non-Sightless-Eye Sister, the Amazon and updates from the 2.4 patch. Both of these characters have really good farm capabilities, with Amazon’s Lightning Fury being dare I say queen of cows and the Howling Horkmaster’s ability to push the Council for extra loot each run.  They got a fair number of quality changes to improve their build variety this update, and some are not toohappy in the PVP world of the Amazon’s Bow changes.

I once made a Breath of the Dying and used it on a Spearazon.  It was great and fun.  I stayed behind both my mercenary and Valkyrie to avoid the dreaded bug, but overall not a character I ended up doing much with once completed.  This new patch hopefully improves the physicality side of the Javelin and Spear tree to become more useful.  While the Bows got some really good physical damage improvements to increase their already solid effectiveness.

How to gear up?  Increased Rune word variety from both bows and spears adds gives the Amazon high physical damage weapons sooner than previously able.  Insight prior to 30 in an  exceptional bow will output some crazy good damage compared to unique/rare/magical options before.  Once you hit 40’s elite options for both Insight and Harmony can be wielded.  The spear changes I’m loving as I intend to make an Obedience in a Mancatcher to hit a super fast attack speed and hammer out the hits with Fend.  The one note of the patch was to increase the effectiveness of weapons from 25-60 or so prior to endgame weapons are equipped and the changes here certainly fit the bill for the amazon.

Without a doubt Double Throw went from good solid fun skill to LEGENDARY status!  Okay, maybe not.  But fellow D2 fans, I cannot wait for the next tournament I do with a Barbarian.  I got all kinds of fun new things to do.  Do I go Double Throw?  Leap Attack?  Dual Frenzy Bro’s like in the Bulging Biceps?  A giant Mancatcher made into Obedience leaping through the air sounds like a blast to me for sure.

Gearing up for this brute has always been rather simple:  Find a big pointy weapon and equip.  For the chuckers (Double Throwers) that are going to be playing finding a solid rare (or magical!) with Amplify damage should help him slaughter those quickly without having to go to town.  Always keep a dual set on though.  Daggers have always had some really solid uniques and Frenzy with them will be awesome now as they get a nice boost from the Blade mastery, just mind those dolls and FE monsters as your now at range 0.

Next week I’ll take a look at our remaining three classes and their changes in 2.4.  Get your demon-slaying on with the Paladin Changes or burn the undead with Hydra, while skeletons have learned the power of the Magi to face enemies of Rathma on Sanctuary. 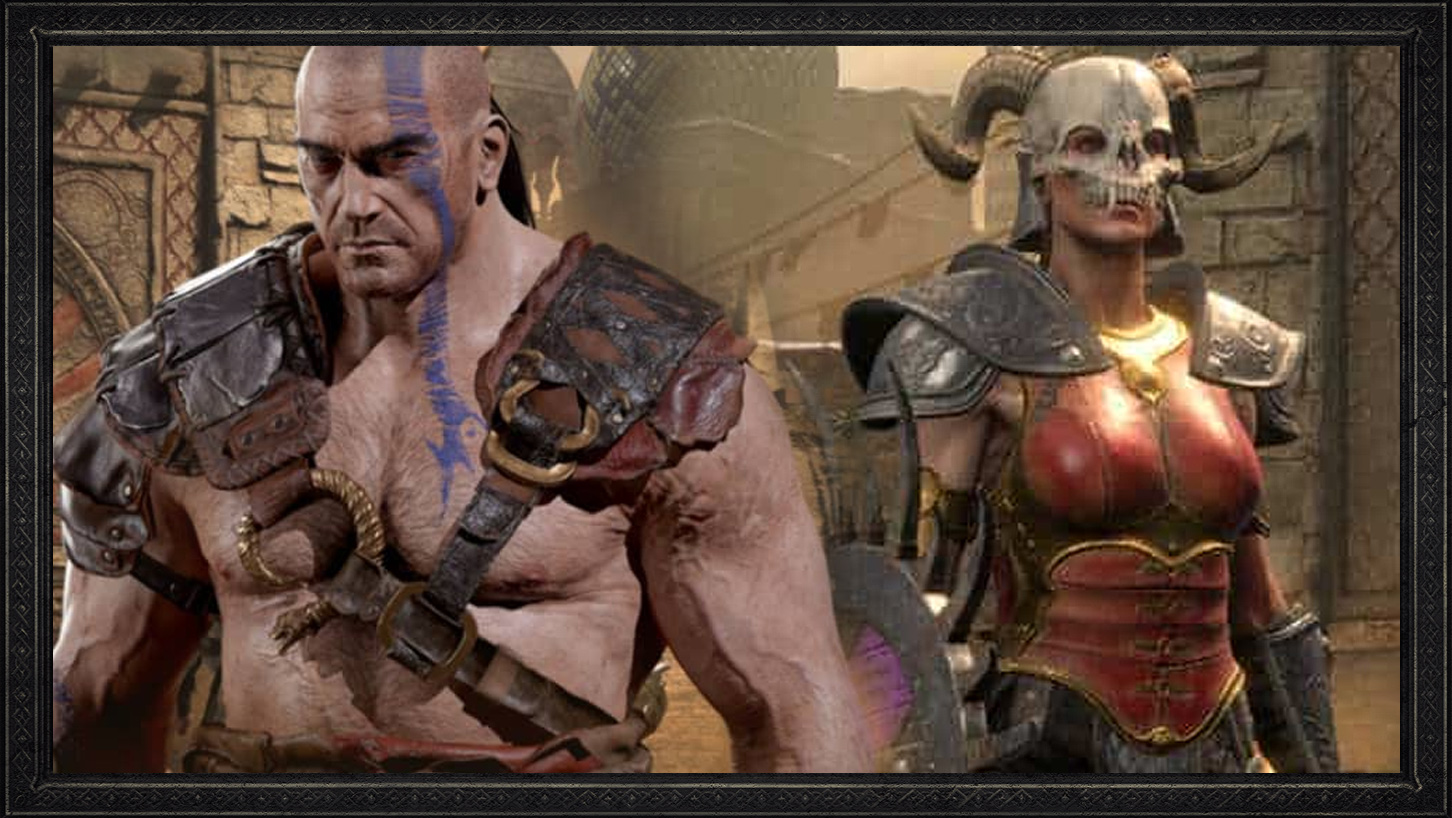