This past week for Activision Blizzard has been a tough one following the DFEH lawsuit which cited cases of sexual harassment and a “frat boy” culture, especially against transgender women, women of color, nonbinary people, and other minority groups. Today Activision Blizzard staff walkout and demand changes following lackluster responses from upper management over the past few days.

The initial statement from Activision Blizzard when the lawsuit first came to light called it, “irresponsible behavior from unaccountable State bureaucrats” and added the cases cited were “distorted, and in many cases false”.

A week after the lawsuit appeared, Activision Blizzard’s CEO Bobby Kotik has now issued a statement that can be read here. It strikes a slightly different tone compared to earlier statements from upper management.

Activision Blizzard staff are now demanding the following changes to stamp out the toxic work culture that’s been allowed to fester over many years under previous and current management.

2. The adoption of recruiting, interviewing, hiring, and promotion policies designed to improve representation among employees at all levels, agreed upon by employees in a company-wide Diversity, Equity & Inclusion organization. Current practices have led to women, in particular women of color and transgender women, nonbinary people, and other marginalized groups that are vulnerable to gender discrimination not being hired fairly for new roles when compared to men.

3. Publication of data on relative compensation (including equity grants and profit sharing), promotion rates, and salary ranges for employees of all genders and ethnicities at the company. Current practices have led to aforementioned groups not being paid or promoted fairly.

4. Empower a company-wide Diversity, Equity, & Inclusion task force to hire a third party to audit ABK’s reporting structure, HR department, and executive staff. It is imperative to identify how current systems have failed to prevent employee harassment, and to propose new solutions to address these issues.

Some of the reports from current and former staff make for difficult reading and it’s appalling such behavior has been allowed to go on despite complaints from staff. They appear to have been left feeling powerless.

Today staff will walkout between 9 AM to 6PM PST at the Blizzard Irvine Campus,  with fans also joining in the protest online and then logging out of Blizzard games to show their support. The hashtag #ActiBlizzWalkout is being used online to show support on social channels.

The world of Warcraft team also issued a statement that indicated the team will be removing content from the game that, “are not appropriate for our world”. We haven’t seen a similar response from the Diablo team.

It was clear from our team conversations that we wanted to put forth a statement that was representative of the World of Warcraft team’s sentiments. We asked all members of our team to send us their suggestions and feedback on how best to address the community and this is the result.

The past days have been a time of reflection for the World of Warcraft team, spent in conversation and contemplation, full of sadness, pain, and anger, but also hope and resolve. As we heed the brave women who have come forward to share their experiences, we stand committed to taking the actions necessary to ensure we are providing an inclusive, welcoming, and safe environment both for our team and for our players in Azeroth. Those of us in leadership understand that it is not our place to judge when we have achieved our goals, but rather for our team and our community to let us know when we still have more to do.

While we turn to our team for guidance in our internal work to protect marginalized groups and hold accountable those who threaten them, we also want to take immediate action in Azeroth to remove references that are not appropriate for our world. This work has been underway, and you will be seeing several such changes to both Shadowlands and WoW Classic in the coming days.

We know that in order to rebuild trust, we must earn it with our actions in the weeks and months to come. But we go forward knowing that we share the same vision as our community about creating a place where people of all genders, ethnicities, sexual orientations, and backgrounds can thrive and proudly call home.

–The World of Warcraft Team

The problems facing the company are not going to be easy to resolve and it’s sad to see a company that shouts about its inclusiveness every year at BlizzCon fail so miserably.

I took the day off from playing today as well, felt like the right thing to do. I hope Blizzard can once again be a trusted company.

I certainly hope so but they are not very good at reading the room it seems.

Can't help but think what the original guys must be thinking of all this, the ones who left years ago. The Schaefer brothers, Bill Roper, Kenneth Williams, Matt Uelmen. Company culture must be unrecognisable to them. The rot started to set in long before now though.

They had a Cosby Suite at Blizzcon 2013. The atmosphere was like a frat boy college. They're claiming it was called that because of his awful patterned sweaters if you can believe that?

Alex Afrasiabi left last year with no announcement at the time but it turns out he was fired for this type of behavior.


Booze, sexual remarks, and a giant portrait of Cosby are all at the center of Activision lawsuit

They're claiming it was called that because of his awful patterned sweaters if you can believe that?

Well, to be fair, it wasn't until late 2014 that the allegations against him really hit the public square in a big way, so it's a believable excuse provided you assume they genuinely knew nothing about it at the time the room was named. Given all the other details coming out though, I'm finding it difficult to make that assumption. There's also the fact that in all of the photos of the room, it was reportedly decorated much like you'd expect from any other generic hotel room. Blank white walls, plain carpet, plain curtains, etc, etc. Which effectively pulls the foundation right out from under them on that explanation.

To me, this photo was in really bad taste; if it was as they claimed, it lacks context (why aren't they all wearing ugly sweaters?)...but unless the men in the photo actively engaged in bad acts (and by that I mean anything from sexual assault/harassment to workplace discrimination), I don't think they should be crucified for engaging in a tasteless photo. People do dumb things all the time (especially when alcohol is involved); If it turns out the allegations are true, anyone involved with those allegations should suffer the consequences of their actions, but if all they are guilty of is really bad taste...I'd hate to see someone lose their job over it.

To me, this photo was in really bad taste; if it was as they claimed, it lacks context (why aren't they all wearing ugly sweaters?).

Well, the claim is that it was so named because the decor looked like something Cosby would wear. If that were actually the case, I can see putting a photo of the guy in the room after a while just to accent the joke. You know, pre-scandal. You wouldn't have to have everyone wearing ugly sweaters or anything like that.

I can generally agree with you on the rest of what you said. There's really nothing wrong with, how should I put it, "guy fun"? Even if it's sometimes in poor taste. You know, just guys being guys. I don't want to say "frat behavior", because that's really not what I'm getting at. Drink some alcohol (not on the job), talk about attractive women, sports, etc. etc., but maintain a degree of professionalism. Women have their own brand of that as well, it's in no way exclusive to men. Casual, but still professional might be another way to describe it I suppose.

However, there is a line between that and outright harassment and discrimination. The allegations that have been made, if true, absolutely do cross that line. (I mean, "cube crawls"? Seriously? Nobody took two seconds to realize that would be taking things too far?) They'll have to be proven of course, as all accusations should and must be, but so far I doubt anyone could say Activision Blizzard has done a particularly stellar job of defending themselves.

I think it’s quite clear that the company had, and has, a serious problem in allowing all types of bad behavior to pervade the work environment. Of course not every employee and manager are complicit, and I believe everyone has a right to due process; get the lawsuit settled, get the transparency out there, and show us we can start to have faith in them again. But I don’t think we need to apply a blanket bludgeon to everything. It would be sardonic, actually, as I’ve always said Blizzard solves game issues with a sledgehammer when a scalpel would do.

I didn't see this before now. 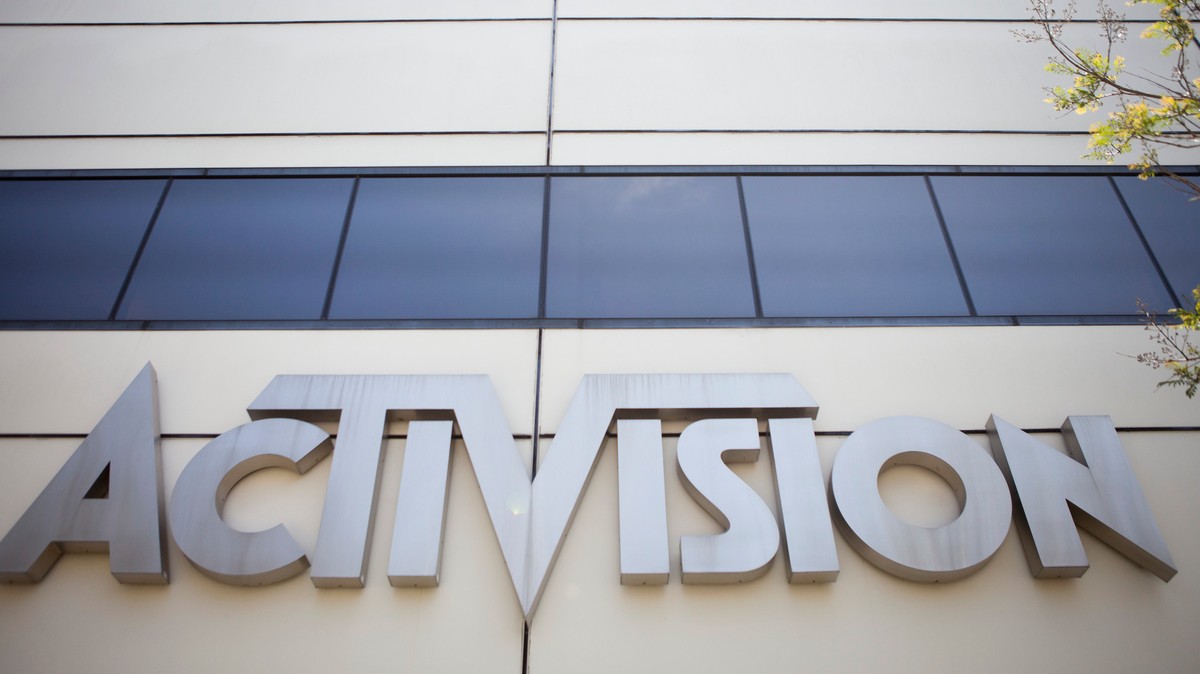 
An Activision IT worker pleaded guilty to mounting a camera under the sink in a “manner to point at the toilet” in 2018, court records show.

It looks like that particular incident was more or less properly handled though. Once the cameras were discovered, they began investigating and notified authorities. When the person behind it was identified, their employment was terminated. The rest is in the hands of law enforcement. The only question brought up is specifically whether or not the employee that physically went to the police and notified them was acting on behalf of management or his own initiative.

Is the Next Diablo 4 class a Holy Warrior?

Does this artwork hint at an as-yet-unannounced Diablo 4 class? Could it be revealed on 8 December? Check out the theory.