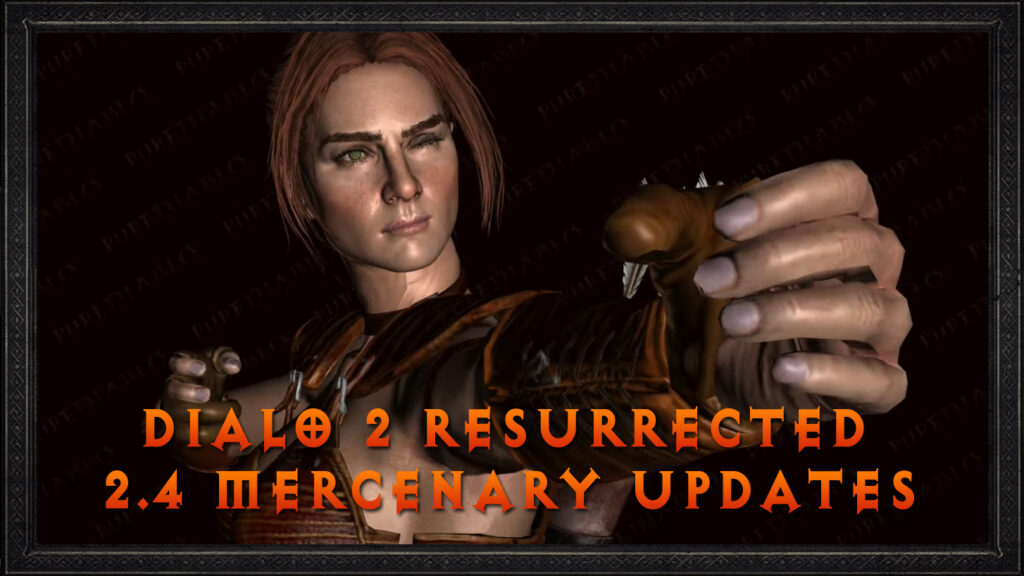 That Desert Mercenary you’ve been running for the past 10 or so years burnt you out? Are you looking for a change of pace? Well, look no further. We’ll dive into all the changes to determine if the Rogue from Act 1, the Iron Wolves and their elemental prowess from Act 3, or the Screaming Barbarian who knocks demons around from act 5 is more to your liking. Will these newly adjusted mercenaries help you excel at slaying the minions of Hell or still be eating up your hard-earned gold being resurrected endlessly?

This mercenary analysis is based on a character entering Hell difficulty after questing from Act 1 until Baal is defeated in Act 5. It is also from the perspective of a solo player who has completed all mandatory quests and any non-mandatory quests the player chooses to complete. Optimally, a character entering Hell will be between levels 75 and 80.

The Rogue got a massive area of effect damage boost with Exploding and Freezing Arrows. Along with her Inner Sight to lower enemy defense, she can provide a few bonuses to you if you give her a shot to shoot.

Amazon: The Valkyrie is a powerful ally, and she gets even stronger if you have someone beside you blasting a hole through the minions beside you by freezing them. Whether you’re shooting a bow or tossing some Javelins, you may have passed on the Desert mercenary because you couldn’t afford Infinity; the Rogue has you covered. Toss Wisdom on your new Rogue to give her some piercing and follow that up with an Insight or Harmony to provide you with a flashy aura to boot she is going to be a hoot.

Assassin: Martial Artist or a Fury sin is a good fit for using the Rogue. Need some frozen demons to break? Look at her line them up and let you stop spamming Mind Blast for a second to get some good old-fashioned Claws or Stars into some foul beast.

Paladin: What does this master of the shield lack? Some mighty Crowd Control the Rogue delivers! Add in some of that trusty Insight casting, and she made your mighty zeal hit stronger while freeing you up from some unneeded attack rating items.

Barbarian/Druid: She can have her uses on these two classes based on how they are playing and if they want some freeze back-up like the Paladin.

The Iron wolves Lightning and Fire versions got really useful reworks. Although, I think the cold mercenary went down the drain, replaced by the Cold Rogue. With having a cheap way to add a bit of pierce to your attack, Freezing Arrow from the Cold Rogue will be more effective than Glacial Spike.

Lightning Mercenary and Fire will get some playtime with this new patch:

Amazon: The Lightning Iron Wolf gets a nod here for a bowazon. He can help dish out some static to some challenging targets.

Assassin: A Lightning Iron Wolf gets to static fielding and helping out the Martial Artist in need. The Fire Iron Wolf has limited uses if you have a Demon Limb but dishes out respectable damage to non-fire immunes.

Druid: Both are suitable for helping our Hero, or pets, hit via Enchant’s attack rate boost or soften up the enemies with some static all around.

Barbarian: Hit better with Enchant or soften them up with Static; it is your choice. Add in a bonus of being able to stay out of melee range and hit from afar to kill the stragglers, and we have a versatile mercenary to keep us company.

Necromancer: For the same reason as the druid, the Necromancer can enjoy the added elemental prowess our Fire and Lightning Iron Wolf friend can bring, but like the others, leave the Cold Wolf at the door.

Battle Cry is an excellent ability unless you want to override it by curses, which many do. I completed a Patriarch of the Stun and Bash brothers a very long time ago, and it was great. Increased baseline life and defense to be higher than other mercenaries, and we got a sturdy non-aura tank. Adding a few auras in some really high-end rune words makes him super powerful, but quite a few lower ones have good uses. Crescent Moon and Lawbringer come to mind.

Amazon: Having trouble hitting and need an active participant to help out? Look no further! Equip one of the above mentions items to increase your killing speed!

Assassin: Fury-sin and Barbarian now go hand and hand! Really, they do! I’m going to use one right now on my Level 92 Assassin.

Paladin and Sorceress: This Barbarian is really good at keeping the minions at bay with a hard-hitting sword that can slow down a pack of enemies relatively fast with Lawbringer while you toss magical hammers or spells to tear the minions of evil down. These are the barbarians you’re looking for when mana regeneration need not apply.

Druid: All types of druids can use people from the mighty barbarian tribes that they still call family. They can provide a great deal of damage at remarkable speed while weakening the enemies’ attacks and damage while dishing out some too.

The new Diablo patch is bringing more to the table than just Mercenary changes. I can’t wait to break from the Act 2 status quo and find new interactions to maximize my mercenary. 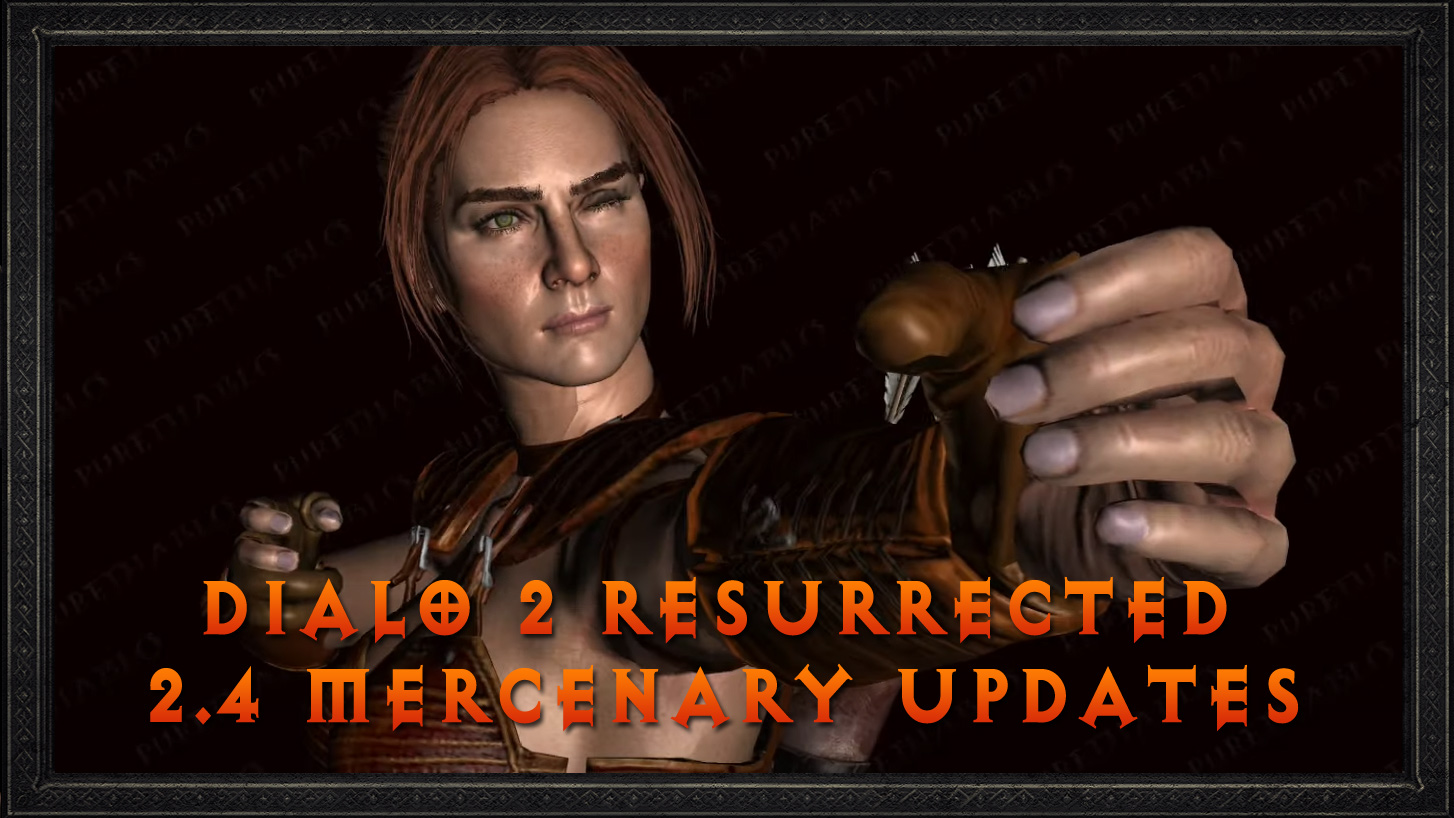 Vang takes a look at the new Merc changes and how they can help your class.